It’s a noble sight — a glorious sight. Enjoy it now, before I use it to destroy your perceptions of time and self entirely. Photo via Wikimedia Commons.

It doesn’t take much to inspire Olympic fever — never mind that the next Games aren’t for another two and a half years, and never mind that, with the WEG looming, there’s plenty to occupy our pony-mad minds in 2018 alone. But with the announcement of the Tokyo 2020 official mascots, and the end of several weeks of curling, the Fever began to make itself known once again. 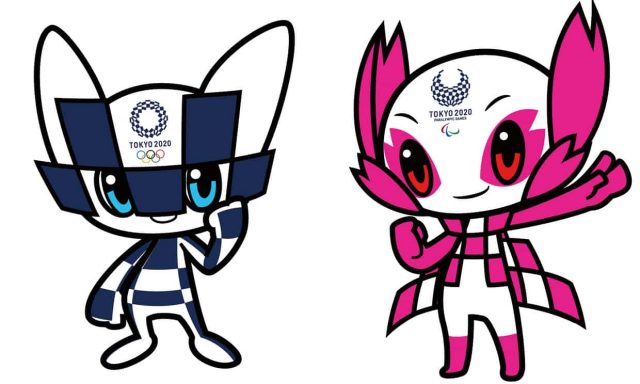 The as-yet unnamed Tokyo mascots. The chap on the left can teleport and the one on the right can move things with her mind. Can’t wait to see the guys in the costumes give that a whirl.

Now, my initial plan was to share with you all this lovely little compilation video, put together by the chaps at the Olympic Channel, which charts the evolution of the equestrian sports at the Games from their inception. But in watching and rewatching it, something struck me — Beijing was 10 years ago. TEN. I can still remember sticking in endless VHS tapes (we weren’t a very tech-savvy household) to record the whole lot as though it was yesterday. Further plumbing the recesses of my memory made me realise, with some shock and horror, that even Athens doesn’t feel like ancient history. The horses, the stories, the ups, the downs, the fact that Mark Kyle later let me school Drunken Disorderly, who sort of felt like a camel on the flat but let’s not let that get in the way of my terribly subtle name-dropping — all of it feels so recent, and I think that might mean I’m getting old. Quelle horreur.

If I have to suffer in the sudden knowledge of my own mortality then you, fine folks of the Nation that Events, must suffer with me. Misery loves company, so join me on my front porch of crotchetiness, and let’s deflate the errant soccer balls of all the young guns who dare play near our lawns. Or something.

Good people, I bring you: recent Olympic history, which is, appallingly, no longer recent. Enjoy (with a cup of Ovaltine and your latest knitting project, probably).

The Evolution of Equestrian at the Olympics

Sign you’re getting old: Blyth with a full head of hair seems normal.

Sign you’re getting old: You remember telling your high school guidance counsellor that your plan after graduation was “to do what only Pippa has managed”. That’s, um, win a Grand Slam, of course.

Bonus — sign you’re getting old AND you’re terribly, terribly British: You have, at some point, with absolutely no irony or humour, referred to a horse as ‘a little person.’

Sign you’re getting old: You often find yourself wondering, in idle moments, whatever happened to Hinrich Romeike, the German dentist and ‘hobby eventer’ who swept double gold with Marius and predated Michi Jung’s classic “he gives me a good feeling” with the equally charming, “he is a horse with such strong morals.”

Sign you’re getting old: Oh, man, where to begin. You know David O’Connor as a gold medal winning rider, rather than as a team coach. You remember when Bettina and Andrew Hoy were the Jay-Z and Beyonce of eventing. You remember when Phillip Dutton rode for Australia. You, my friend, remember the genuine fear of the Millennium Bug. You’re old.

(As an aside, if Bettina could please let us know what brand of moisturiser she uses, all of Team EN would be very, very grateful.)

Be grateful – that’s just this millennium. If you can remember Atlanta, I hope that AARP membership is treating you well. Also please call me so I have someone to talk to about how exciting Atlanta was.