The Emerging Athlete Eventing 25 winter training session wrapped up this week in Ocala, Florida, January 8-11. We are excited to introduce you to some of the riders making their debut on the E25 list, which can be viewed here. Today: Sophie Click! 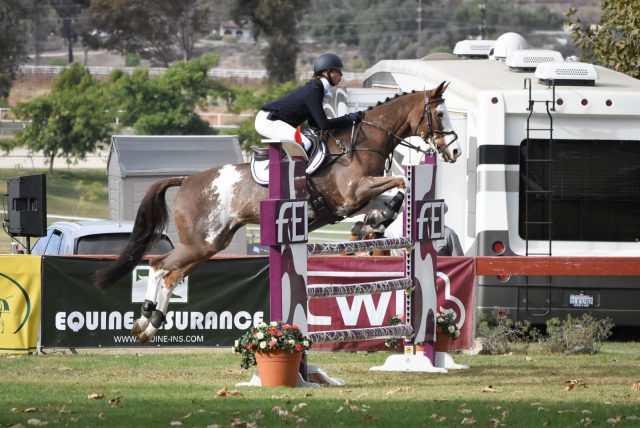 2017 was a year of coast-to-coast success for 18-year-old Sophie Click as she earned the title of highest placed Young Rider in both the Fair Hill International CCI2* and Galway Downs International CCI2* on opposite ends of the country. For this achievement, she was kindly rewarded with a spot in the 2018 Eventing 25 Emerging Athlete Program.

“It felt like everything I had worked for was finally paying off,” She smiled. “I really worked so hard to get where I am and it just felt really good to get that.” She’s made it here aboard her two talented horses: Hot Wheels, a 15-year-old Paint (Three Alarm Fire x High Mountain) owned by Sophie and her mother, Amy, and Fernhill Rising, a 10-year-old Irish Sport Horse (Cyrano x Tallys Eagles Wings).

“Wheels” transformed Sophie from an eager kid to an earnest competitor as they’ve made their way through the Advanced level together with three FEI North American Junior and Young Rider Championship appearances along the way.

“I got him when I was 12 and he was for my mom actually, but I ended up riding him. It was a really good match. I think everyone kind of underestimated him, but he’s just a really good horse. He loves cross country and he loves to show, and he tries so hard. I think he would do anything for me. We just have a really good partnership,” she said. Sophie and Wheels finished 4th in the CCI2* at Galway Downs in November. 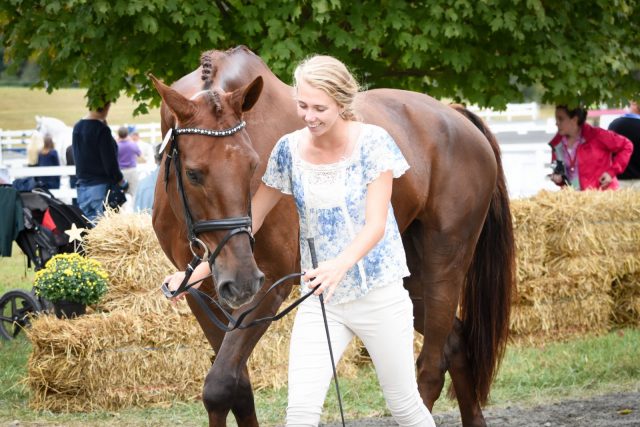 Fernhill Rising or “Stan” is a newer ride, but in their twelve months together they’ve accomplished a great deal she believes, adding that he “surprised me past anything I could’ve hoped for.” They finished 16th in the CCI2* at Fair Hill, winning the USEF Young Rider CCI2* Championship.

“It felt amazing to be the top young rider. All the young riders are competitive with each other and I think all that time leading up to Fair Hill that I spent on the East Coast really paid off. That was our goal all season to get to Fair Hill and be successful and it all worked out,” Sophie commented.

Originally from Snoqualmie, Washington, Sophie grew up riding in the Pacific Northwest, but this year she took a chance and went east with her trainer Jordan Linstedt. “I’m very thankful that she took me under her wind and brought me out there. I met so many people and it was very amazing to travel with a four-star rider.” 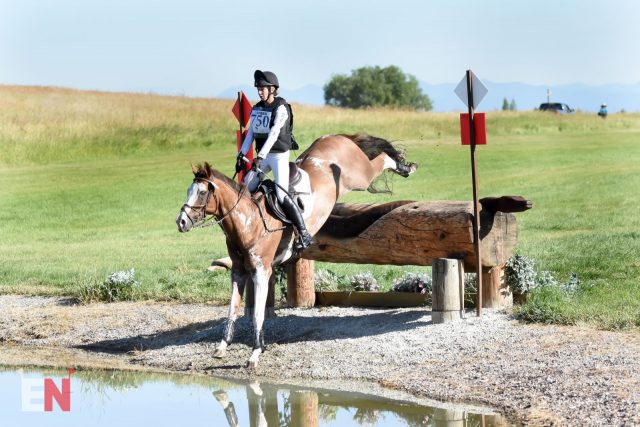 Through the fall she trained with Bobby Costello before accepting a working student position with Lillian Heard. “Being on the east coast was such a new experience because I didn’t know anybody and it was all different,” she said. “I think growing up eventing on the West Coast taught me so much, but I think the next level is eventing on the east cost and that’s why so many riders, like Jordan, go east to prepare you for upper level events.”

With the winter training camp behind her, Sophie has her eyes on becoming even more competitive in 2018 while maintaining that her number one priority is “keeping my horses healthy and happy.”