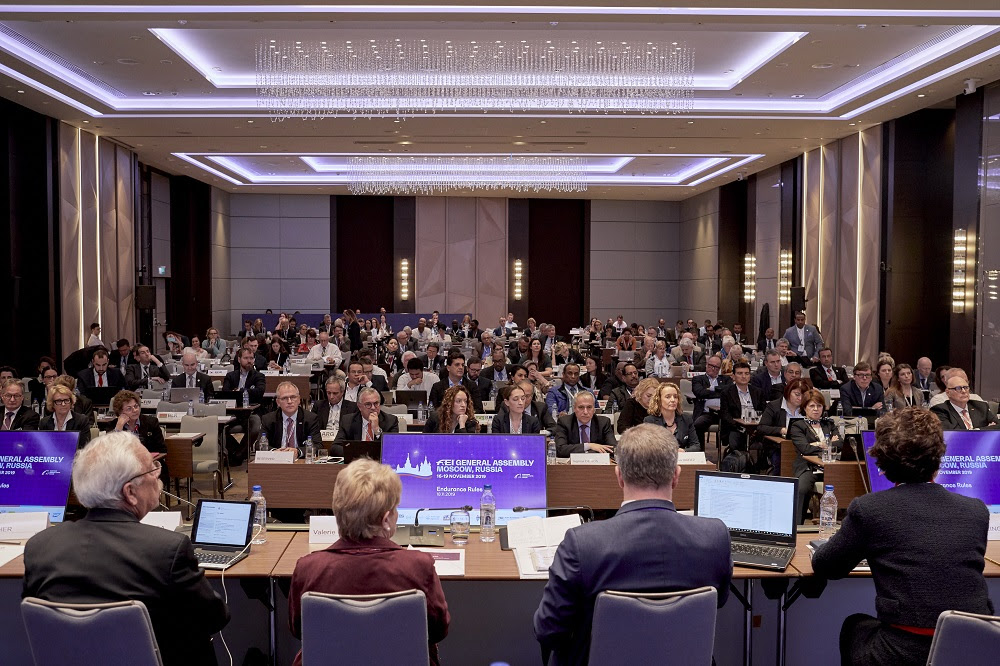 Everyone looks so thrilled to be here. Photo by FEI/Liz Gregg.

Does the idea of a 34-page marked-up FEI rules memo make your eyes cross just thinking about it? That’s why we pay our chinchillas the big bucks. Our hard-working yet soft-to-the-touch team has outlined the most notable revisions to the FEI Eventing Rulebook for 2020 below.

All proposed eventing rule changes for 2020 were approved by the FEI General Assembly, which concluded on Tuesday in Moscow, Russia. The rule changes will come into effect on Jan. 1, 2020 unless otherwise noted.

Click here to read the full document of proposed, and now approved, rule changes for 2020. The complete 2020 FEI Eventing Rules, a 105-page tome that is perfect for light bedtime reading (i.e. guaranteed to put you to sleep), can be viewed here.

Talk amongst yourselves, EN. Go Eventing.