Within a week, American eventing lost two of its most promising equine athletes, Lionheart and Santa’s Keeper. Over on Horse Nation, Jennifer Ferrell contemplated why, despite the fact that she knew neither horse personally, it made her feel so sad. RIP Lion and Simon. 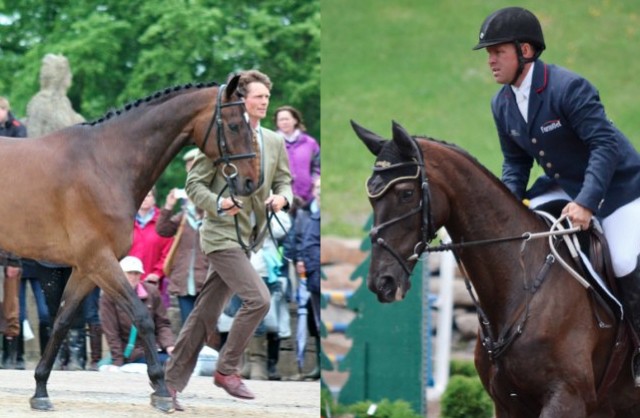 From Jennifer on Horse Nation:

It was while I was waiting in the drive-thru line at Burger King (don’t tell my New Year’s resolutions) that I read on Facebook that Allison Springer’s Lionheart had succumbed to colic.

I know I gasped and, for a second, became teary eyed when I read about heroic efforts the veterinarians had made to try to save him. Before I realized it, I had my finger on the button to add a comment to the growing string of well-wishers to let Allison know just how sorry I was that she had lost such a wonderful partner.

Then I remembered that I don’t really know Allison. I know of her through my daily study of Eventing Nation, through her Facebook page and from watching her ride at Rolex and other events. I don’t know Buck Davidson personally either but his loss earlier this week of Santa’s Keeper also left me down in the dumps. I began to wonder why. Why does news like this always affect me this same way?

A few months ago, when Hollywood hunk Paul Walker was killed in a car crash, I remember feeling briefly stunned and thinking that his was another life cut too short but that was it. I also remember seeing all the people gathered at his crash scene for candlelight vigils and that I may have even scoffed at some of the devastated remarks from some of his fans on social media. And yet, here I was twice this week sniffling over two horses I had never met and feeling sorry for two people I don’t know personally.

Maybe it was because both of these riders specifically pointed out just how special their horses were. They weren’t just talented partners who had a nice extended trot and had never had a fault on cross country. When Allison Springer said this about Lionheart in an earlier update from his hospital visit, “He loved me scratching him and the twinkle was definitely back in his eyes. He is one of the sweetest horses I have ever been around and truly does have the heart of a Lion!” I remember thinking he sounded like a regular guy.

And Buck Davidson was quoted as saying that Santa’s Keeper was, “He was the kindest horse in the world” and that he was, “a horse we all loved,” it reminded me that this was a living creature with a personality. Not a high-dollar, syndicate owned jumping machine.

And it’s not that I value the life of a horse I don’t know more than the life of an actor I didn’t know.  I think the feeling is empathy which is, “the feeling that you understand and share another person’s experiences and emotions; the ability to share someone else’s feelings.”

As much as I wish I could say that every morning I send a blonde, blue-eyed actor off to film big budget action movies it’s not the case. But I do scratch the ears of a bay thoroughbred gelding and laugh when he squeals before his dinner. It’s that empathy that makes me sad when I think of the two now empty stalls and all the broken hearts of the people who lost their horses/friends this week.