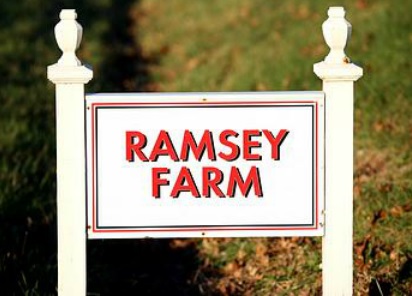 Steve Haskin is a phenomenal columnist for the Bloodhorse, and he turned out yet another great article this week, this time about Kitten’s Joy.  Anyone who follows racing has probably noticed a “Kitten”-named horse running in some stakes race…Big Blue Kitten, Stephanie’s Kitten, Kitten’s Dumplings, Admiral Kitten, Kitten Kaboodle…and that horse was sired by Ken and Sarah Ramsey’s Kitten’s Joy.  Kitten’s Joy was a great turf horse, by El Prado, making him a grandson of European supersire Sadler’s Wells.  Despite Kitten’s Joy’s own success on the track ($2M in earnings), stud farms were not all that excited about his stallion prospects; so Ken and Sarah Ramsey set out to prove the horse themselves, standing him at their farm and purchasing a band of mares specifically nicked for him.  And it worked.

Of the 42 stakes winners Kitten’s Joy has had, Ramsey as bred and raised 39 of them on his farm.

“I have no city water for my horses here on this farm,” he said. “I experimented a few years back. I got two big tubs of city water, so the horses could smell the chlorine and all the other chemicals. I put it over beside Jessamine Creek, which runs through my farm, and I have a trough over there that has spring water – 57 degrees coming out of the side of the bank. I took 10 horses over there in a van and didn’t give them any water that morning.

“We loaded them up and took them over about 1 o’clock and turned them out in the field. These were all thirsty horses who hadn’t drank anything in four or five hours. They came to the city water first. They all sniffed it; one of them went over and started drinking out of the creek, and every one of the others went over and started drinking the 57-degree cold water coming out of the spring. So now I have spring water in nine of my fields, flowing by gravity from one field to the next. I have a 2,000-gallon holding tank that runs out of the spring and gives it enough pressure that it spouts out of each of the three troughs.”

“None of my horses are put up at night,” Ramsey said. “All of them run out in the cold, rain, and snow. The only time I put them up was when we had an ice storm several years ago. All these mares and babies and yearlings run out 365 days a year, 24 hours a day. You do not want to buy a horse at a sale that was sold as a weanling, then sold as a yearling, and now they’re trying to pinhook as a 2-year-old, because he’s spent so much time in a stall in the summertime when he should have been out there stretching his legs running and eating green grass and scuffling around with his 25 or 30 buddies in the field. Instead he’s standing in a stall not getting any exercise because the consignor does not want the sun to bleach his coat out. If he takes that horse to the sale with a bleached coat, the buyers don’t want that. They want that shiny thing, just like when you go to a jewelry store and they have those special spotlights shining on the diamonds, so it knocks your eye out every time it hits one of those points.”

It’s great to see horses being horses…and ultimately winners in the end.  Eight horses by Kitten’s Joy are slated to run in the Breeders’ Cup, and there’s a good chance you’ll see a Kitten in the winner’s circle.  Read the full article at thebloodhorse.com.