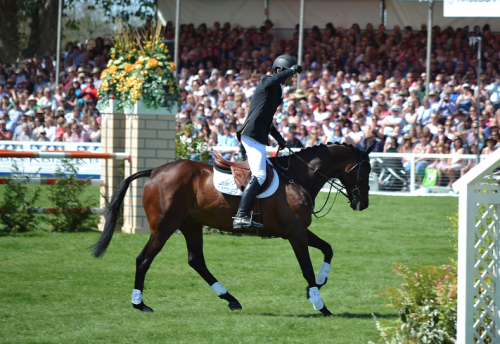 Earlier today, we brought you the disturbing news that has surfaced regarding a positive drug test on Jock Paget’s Badminton and Burghley winning mount, Clifton Promise. Promise, along with another Clifton horse, Clifton Pinot, both tested positive for the prohibited substance Reserpine after competing at Burghley earlier this year. Both Clifton Promise and Jock Paget have been provisionally suspended from competition while the investigation is going on.

Fairfax NZ News was able to speak with Jock today, and stuff.co.nz has posted excerpts of the interview.

Jock is understandably devastated at the news of what he called a shocking revelation of the results of the test. “We are looking at everything and trying to find out just how this has happened. There’s obviously been some sort of mistake, but I’ve got no idea at this stage. I haven’t even heard of it (reserpine), I have never done anything with that sort of stuff. It’d be sheer stupidity to because you know if you do any well your horses will be tested, I’m absolutely dumbfounded by it all.”

A “B” sample, which has been sent to a different laboratory than the one that tested sample “A”, can stop the investigation in its tracks if it is found to have no traces of Reserpine, however if it is positive Jock will have to attempt to prove his innocence to an FEI tribunal while serving a suspension.

For the full report on Jock’s reaction, click here.