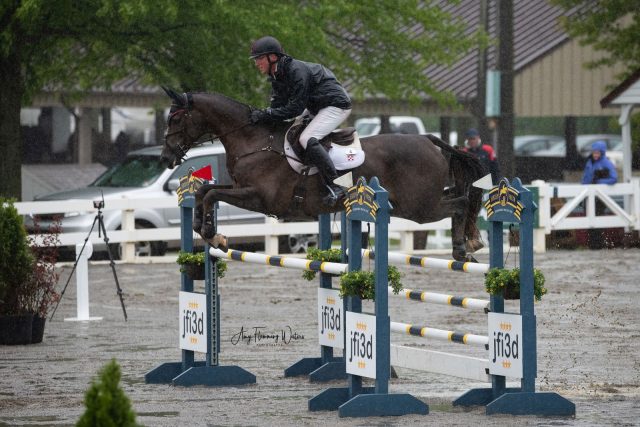 Doug Payne won the Jersey Fresh CCI3*-L this morning aboard Starr Witness, a horse who only just began her eventing career 15 months ago.

The 8-year-old Dutch mare (Chello II x Carmen, by Veneur) came into Doug Payne’s stable in the winter of 2018 thanks to Emil Spadone, who thought she wasn’t well suited for the hunter world.

“He had sent her down and thought she was too hot be a show hunter, but he neglected to tell us she was a chestnut mare. She’s amazing, right? Better yet, he sent her papers and she’s listed as dark brown,” he said.

Doug couldn’t ignore her talent, so he, Laurie McRee and Catherine Winter partnered to buy the mare. She took to eventing quickly, finishing second at her first event, the Open Training at Paradise Farm in February of last year.

“She had already jumped through 1.20, so you didn’t necessarily have to teach her how to jump, but you had to teach her the tricks of cross country basically. She came along pretty quickly, and came up to Prelim, and that was good. Then I figured we should take a shot at the Pan Ams because she was going so well,Lori and Catherine, with the help of Emil, took a shot. It’s a really exciting time,” he said.

This duo won the CCI3*-S at The Fork earlier this spring before today’s success. In both competitions, they finished on their dressage score.

“This sport’s not easy at all — it can be very frustrating, and at this point, over time, we’ve developed a great group of horses who are coming along. At this point it becomes super fun because frankly no one comes here to lose.” 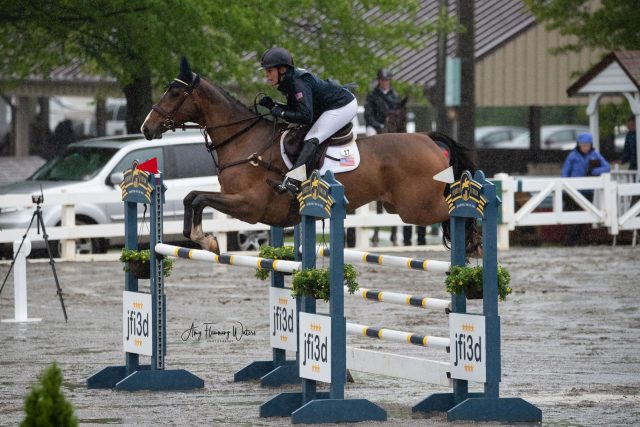 Overnight leaders Lynn Symansky and RF Cool Play, a 10-year-old German Sport Horse (Condors Champion x Roxana, by Radscha) owned by The Donner Syndicate, had one rail down to finish second on a score of 31.1. Lynn was also fifth with SpectraVET Tempranillo, who finished on her dressage score of 34.9. 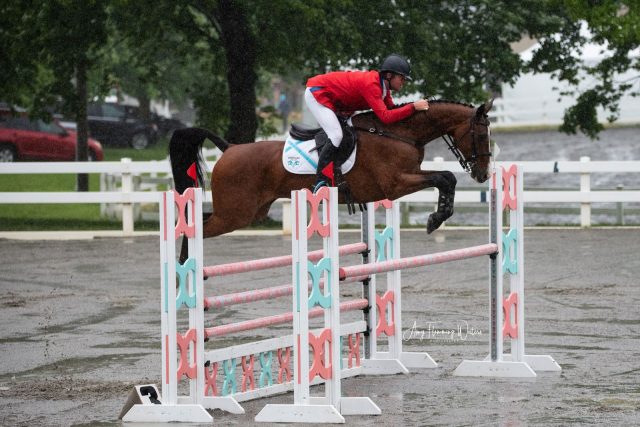 Will Fuadree secured a double clear round with Caeleste, a 9-year-old Holsteiner mare (Contender X Happygolucky, by Lucky Lionell) owned by Jennifer Mosing and Sterling Silver Stables, for third place on a three-day result of 31.7.

Nilson Moreira da Silva and Rock Phantom finished 6th on 36.6. Phillip Dutton was 7th with Sea of Clouds (38.5). Heather Jane Morris and Jos UFO De Quidam were 8th on a score of 39.1. Andi Lawrence finished 9th aboard Cooley Northern Mist (39.20), and Robin Walker was 10th with SBT Barolo on a score of 39.5.

Thank you to Amy Flemming-Waters Photography, whose beautiful photos you’ve seen on EN all weekend. And to all the volunteers and staff who put on this event, even today in the pouring rain.