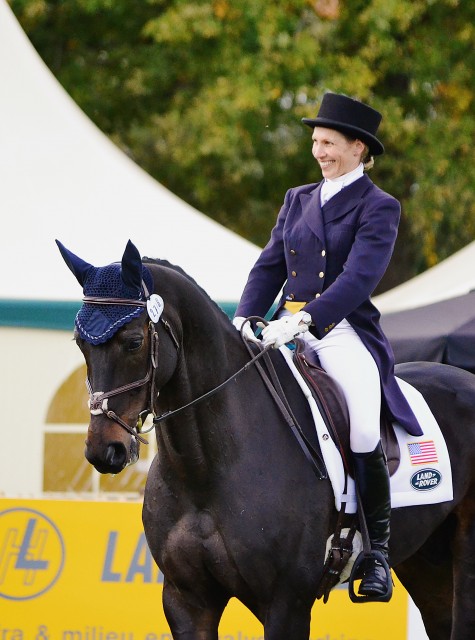 Liz Halliday and Fernhill By Night

Samantha Clark was in attendance again at the USEF High Performance Training Sessions at Aston Le Walls in the UK, and provided a fantastic write-up for the PRO Blog.  British-based US riders Clark Montgomery, Liz Halliday, and Tiana Coudray brought their top horses for a little tune-up with coach David O’Connor.  Jacob Fletcher, who’s spending a gap year in England, also took advantage of the schooling opportunity with two of his new horses.

Liz brought both of her top horses, HHS Cooley and Fernhill By Night, as well as her 6-year-old prodigy Cooley Ground Control.  From the PRO Blog:

Fernhill By Night (Blackie) comes to these training sessions on the back of two straight CIC2* wins in Portugal and hadn’t jumped since then, so was looking very fresh and pleased with himself,  as was his stablemate HHS Cooley who also turned in two great performances at the same events, “I suppose it’s been about ten days now, “mused Liz, ” so they were both feeling very, very well but it was good. It gave me the chance to test out some new brakes on Cooley, and I always find Blackie benefits from a little tune-up before an event.” Liz heads out to Fontainebleu to represent the US in the Nations Cup there next weekend so the sessions this week are especially timely.

Tiana Coudray introduced her lovely new mare, Sambuca, and discussed the continued improvement of Ringwood Magister.  It sounds like “Finn” is set to have a big season this year, though Tiana isn’t sure yet whether he’ll go to Rolex or Badminton– it depends on what suits him best, and she’ll make the decision as the date draws near.

Head on over to PRO to read the rest of Samantha’s report.  It’s full of great photos and insights, as always, and some bonus video clips.