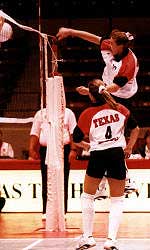 Believe it or not, some of us do have a life outside the barn.  Yeah, I know, hard to imagine having time to do anything else between catering to your horse’s every need and planning your trips to the hospital competition schedule.  Plus, you have to keep up with the news on Eventing Nation, and don’t you really need to shop for a new pair of paddock boots?  Anywho, this blog will be focused on those interesting stories or talents outside the barn.  So, let’s dive right in to our first EN Outside the Barn Celebrity!!

Childhood:  Eventing and Dressage were always close to Jill’s heart.  She competed three wonderful horses and describes them as follows: 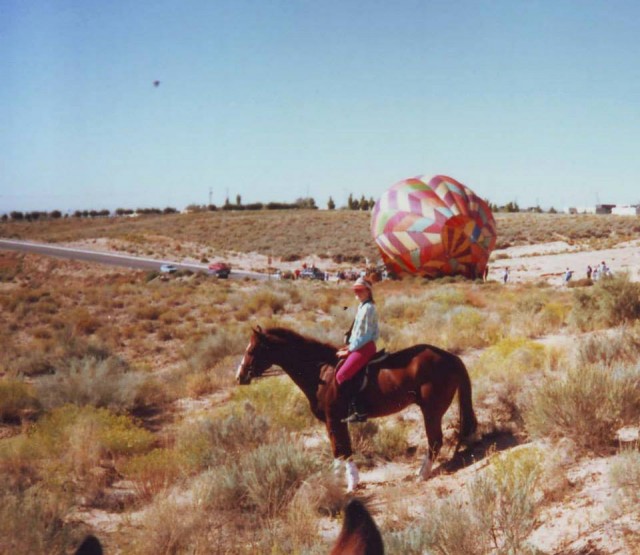 Jill as a youngster in New Mexico aboard her first horse, Flash. Apparently, the annual Hot Air Balloon Fiesta was commonly used as an equine desensitization activity, but only if you were wearing fuschia pants.

Cowboy’s Hot Magic (aka Magic) – QH mare – best horse ever – my first HT was when I was 9 and she was 5.  My mom was SO worried when we headed out on XC.  My non-horse-loving brother held my mom’s hand and said, “Don’t worry, Mom, Magic will take care of Jill.”  He was right. 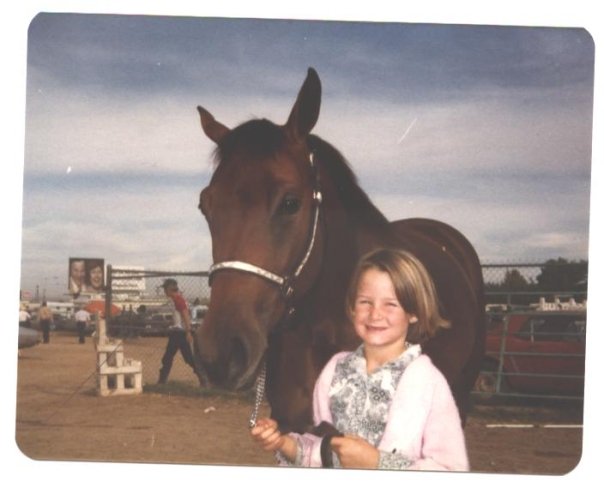 Pepper Three Par (aka Pepper) – QH mare – won Jr. Training in Flagstaff when I was 11, beating a 14-year-old boy I had a big crush on (not the optimal way to win a gentleman’s affection!)

Dusk To Dawn (aka Dawner) – OTTB – earned my final scores for my USDF Bronze medal on him when I was 15, becoming the youngest rider in NM at the time to earn the Bronze medal.

Describe Dundee in 3 words:  BIG.OL.TODDLER (he’s ALWAYS getting into something!)

If he were an actor, who would he be and why?

Actor: Jim Carrey, because Dundee is a big goofball and makes lots of funny faces.  But…Dundee and his pony mule friend, Tater, are pretty much like Arnold Schwarzenegger and Danny DeVito in the movie Twins.

Discipline:  Jill describes herself as a “Dressage Queen,” and trains with Reese Koffler-Stanfield, but Dundee is pretty talented outside the sandbox.  This past year, they were SR BN Champions at the Jump Start Horse Trials, finishing on their impressive dressage score of 26.2.

Source of income to fund Dundee’s lifestyle:  Since 2008, Dr. Stowe has been employed by the University of Kentucky’s Department of Agricultural Economics as an assistant professor with both a research and teaching appointment.  This past May, she was selected as the Director of Ag Equine Programs and Professor of Equine Science and Management.  Because she has so much free time, she also serves as the Faculty Advisor of the UK Dressage and Eventing Team.

Who Knew?  Anyone who has ever met Jill would describe her as tall.  Seriously.  She’s like the William Fox-Pitt of Kentucky, and that height definitely works to her advantage in the saddle.  Even George Morris would have a tough time coming up with criticisms!  But riding wasn’t her only sport of choice, and I will give you one guess as to what her other talents included.  Yep, basketball and volleyball.  Jill played both throughout high school and, in 1994, Jill moved from New Mexico to attend Kentucky Wesleyan, where she received a scholarship to play both Division II sports.  “I was at KWC for three years, but red-shirted my first year after I blew out my knee in first match of my collegiate career.”  In those two seasons as a Panther, Stowe was honored by being the 1st two-time Academic All-American in two separate sports in Division II, a two-time All Great Lakes Valley Conference volleyball and basketball selection, and the Great Lakes Valley Conference Basketball Newcomer of the Year.  Jill holds three separate career records at Kentucky Wesleyan:  in volleyball, attack percentage (.363).  And in basketball, average points per game (16.7) and rebounding (9.8).  In 2013, she was inducted into Kentucky Wesleyan’s first Athletic Hall of Fame class. 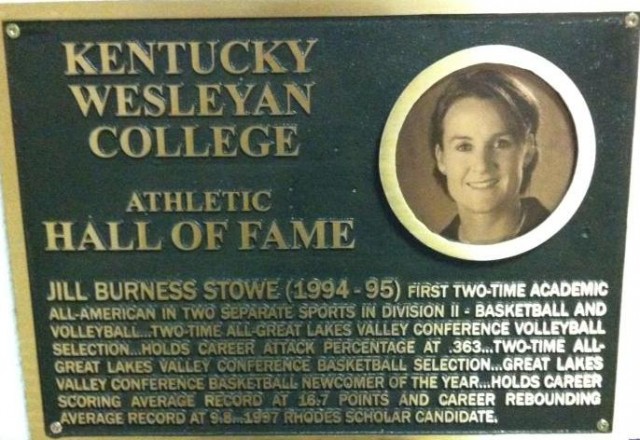 Opportunity Knocks:  Texas Tech University caught wind of this two-sport superstar, and made her an offer she couldn’t refuse.  “It was always my dream to play Division I volleyball, and when opportunity knocked, I answered!  It was very challenging, exciting, and fulfilling,” recalls Stowe.  Jill represented the Red Raiders in volleyball for two seasons, where her skills shined both on the court and in the classroom.

Stowe’s Stats as a Red Raider:

Best and/or most memorable experience playing volleyball for Texas Tech:

“It’s funny that my most memorable experience was a loss.  We were unranked and playing #3 mighty Florida to earn a spot in the round of 16 in the 1995 NCAA national tournament.  We took it all the way to the wire, losing in 5 games – the score in game 5 was 18-16.  It was an unbelievable team effort, with everyone playing their roles…and doing them VERY well.”

Similarities between the two:  “I find it’s helpful in both volleyball and eventing/dressage if your shoulder stays in its socket.”

Maybe you are the person responsible for stamping the M’s on M & M’s?  Or maybe you hold the world record for the biggest rubber band ball?  Or maybe, just maybe, you are related to Chris Pines (did I mention that I’m single??)?  Whatever it is, we want to know about it!  Email me your suggestions, and my people will get with their people:  [email protected]