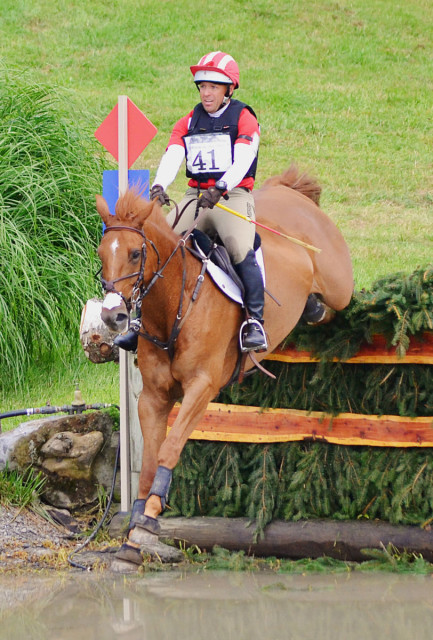 It’s that time of year once again, with a selection of future eventing stars on parade at the much anticipated Goresbridge Go For Gold sale, Ireland’s leading select event horse auction, which this year will be held Nov. 10-12 at Barnadown in Co Wexford.

Now in its fifth year, the Go For Gold sale was the first of its kind in Ireland and has continued to attract international buyers and riders each year, with many of the graduates competing in North America with notable success.

Copper Beech, this year’s winner of the Jersey Fresh CCI3* owned by Carl and Cassie Segal and Sherrie Martin, stands out as the most decorated graduate of the Go For Gold sale, and he’ll look to secure his second three-star win this coming weekend at the Galway Downs International Three-Day Event with Buck Davidson in the irons.

For this year’s sale, the Go For Gold selection panel of Sally Parkyn, Chris Ryan and Clare Ryan tapped guest selectors and international riders Geoff Curran, Ciaran Glynn, Michael Ryan and Sam Watson to narrow the field of 350 horses down to 63 that will be offered for auction.

Among the horses available will be a full brother to Kim Severson’s Cooley Cross Border, who just won the USEF National CCI2* Reserve Championship at the Dutta Corp Fair Hill International last weekend. The unnamed 3-year-old bay gelding is lot 57 in the catalogue.

Other notable horses for auction include the Potential Event Horse champion in the 3-year-old class at the Royal Dublin Horse Show. Annsfort Quality (lot 45) is by the Oldenburg stallions O.B.O.S. Quality 004 out of the Irish mare Laurel Leaf.

Cushlas Skyimp, lot 13, is another horse of note, as she won the Ridden Masterclass Potential Event Horse Championship at Camphire International this year. A 5-year-old mare, she’s by Master Imp out of the Irish Sport Horse mare Sky Blue Rose, by Sky Boy.

All 63 horses up for auction undergo a stringent veterinary examination with X-rays prior to the sale, overseen by Irish event team vet Hugh Suffern. Interested buyers can check out the full auction catalogue here, and those of us who are just dreamers can also spend entirely too much time pouring over the catalogue.