World Championship team silver medalist Tamie Smith is getting a lot of well-deserved attention since returning to her California home turf. But it was her daughter, young professional Kaylawna Smith-Cook, who took the Re/MAX CCI4*-L spotlight today at the Galway Downs International Three-Day Event.

The vibe in the Grand Prix Pavilion felt a bit like a baseball stadium in the 7th inning of a no-hitter as Kaylawna and her German Sporthorse Passepartout flowed through the second half of their dressage test. Conversations stilled as the pair gracefully executed each of the test’s challenges, then her sizable fan club exhaled and applauded loudly.

A ride that ended with a division-leading score of 32.2 began with the distraction of a chair outside the court falling over during the warm-up. “I said ‘Come on buddy, let’s go forward’,” Kaylawna explains. “I felt him take a deep breath and from there he went on to be super on the aids. That was definitely one of our better tests.”

Those deep breaths have come more often over the last year of working with German master Johann Hinnemann. “Pasco is a long horse,” Kaylawna explains. “He has a long back and it’s a little tricky getting him to sit with his nose lined out and create that picture you want. Jo has really helped us dial everything in. With Pasco, he has been a really big help in getting him to be quiet, supple and submissive. He’s a big strong horse and it’s been a matter of getting him to stay relaxed.” 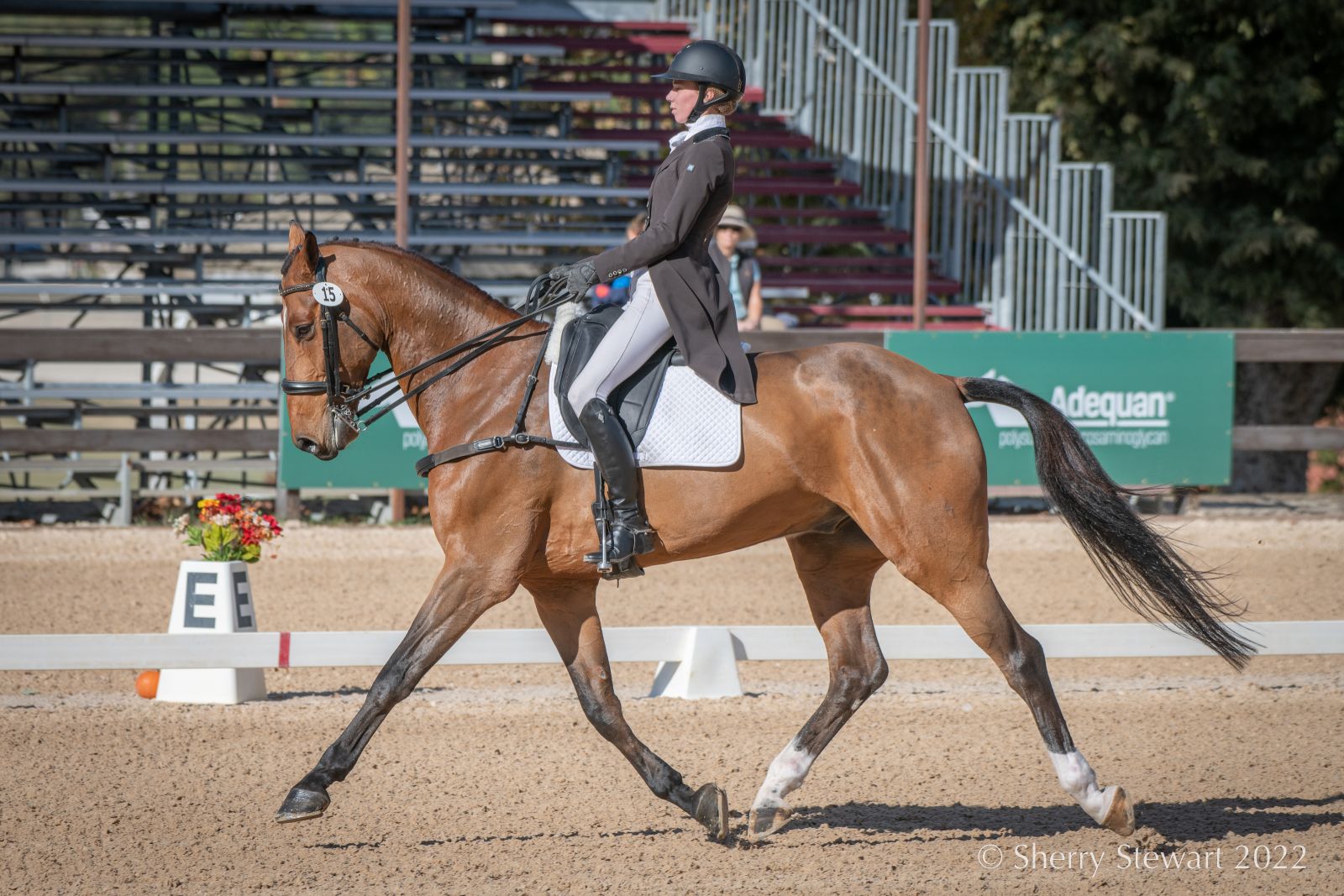 Twenty-three-year-old Sophie Click and Quidproquo stand second on a 35.9 and James Alliston and Paper Jam in third on a 36.1 from the judging panel of Robyn Fisher, Peter Gray and Marilyn Payne. 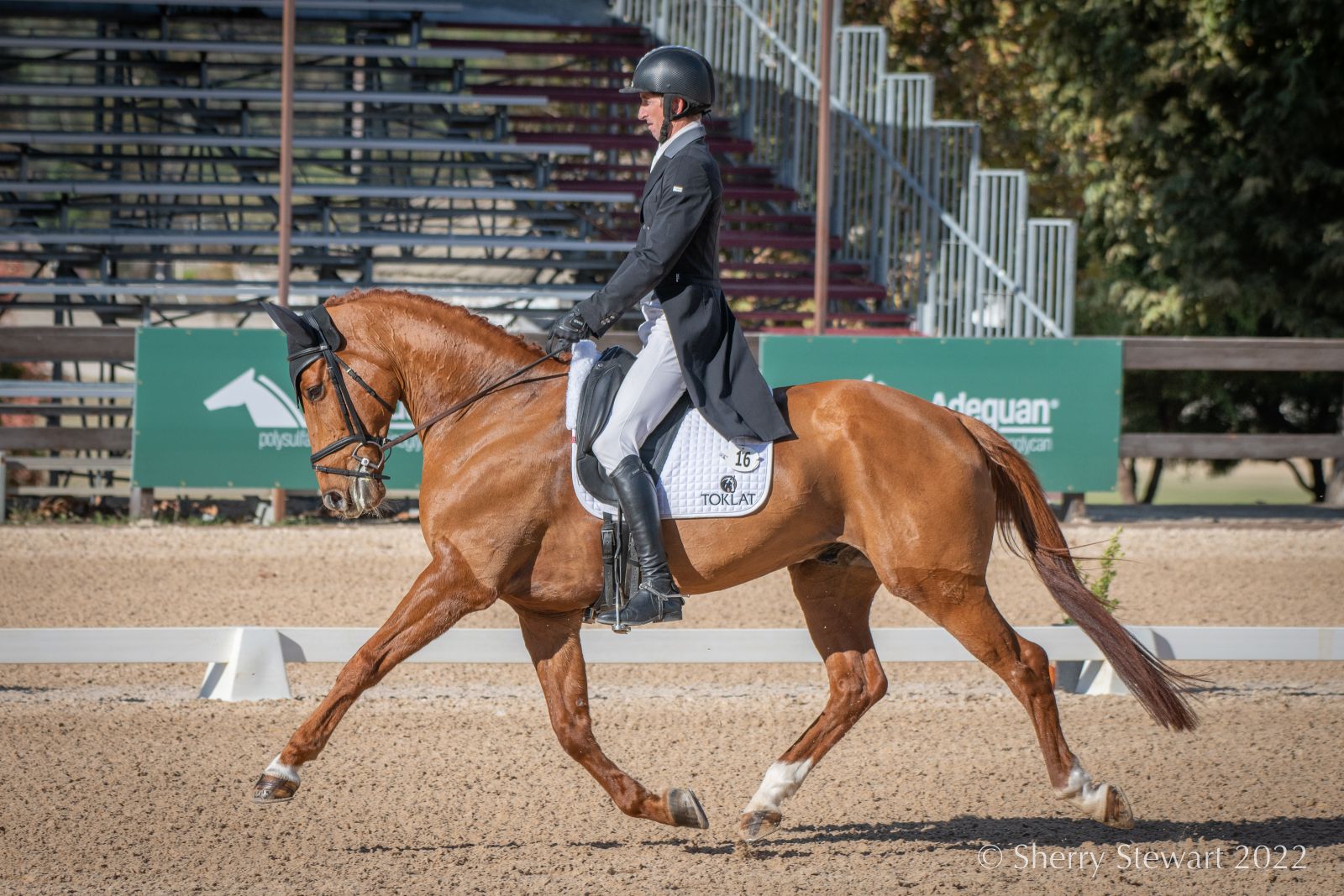 “There’s a lot to do out there,” said Kaylawna of Clayton Fredericks’ cross-country course.  “It’s my first 4*-Long. I’m excited to be out there and to have my A game on.” 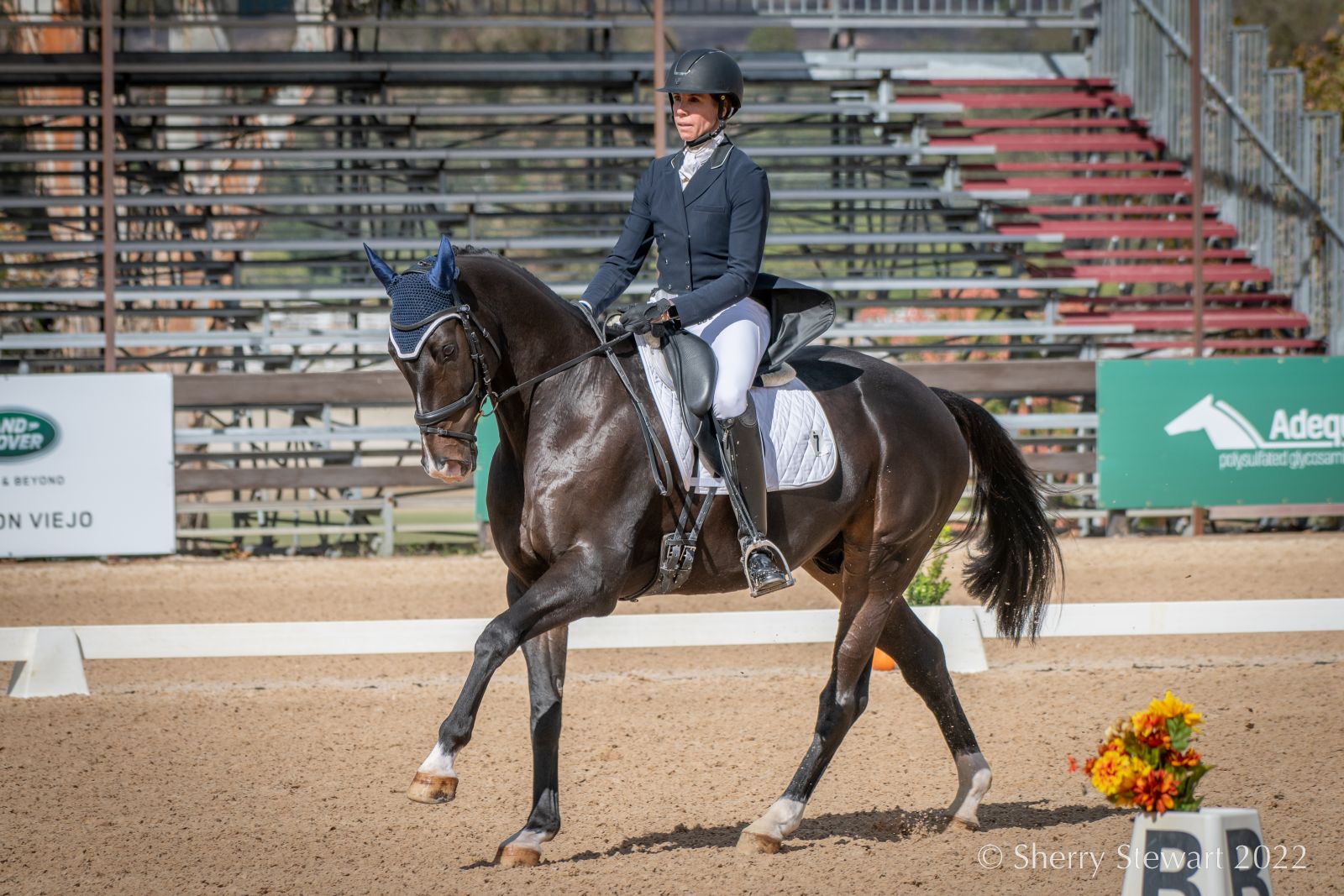 Asia Vedder and Isi lead this field on their 29 score from Peter Gray, Bea DiGrazia and Marilyn Payne. Asia was particularly pleased with the Holsteiner’s throughness, along with his elevated medium canter and a particularly nice half-pass. “I was hoping for a little more spark and brilliance today, to get those 8s and 9s, and especially after his antics during the (windy) jog yesterday.”

She’s looking forward to a Friday cross-country course she describes as gallopy and in need of attacking. Highlighted by a new coffin complex that “everybody’s talking about,” the course offers questions that typify a current theme with many course designers, Asia notes. “The idea that we can’t get stuck on a stride count. That we have to ride what comes up.” When relaxed, Isi has a big stride combined with quick footwork when needed. Asia plans to capitalize on those traits tomorrow. 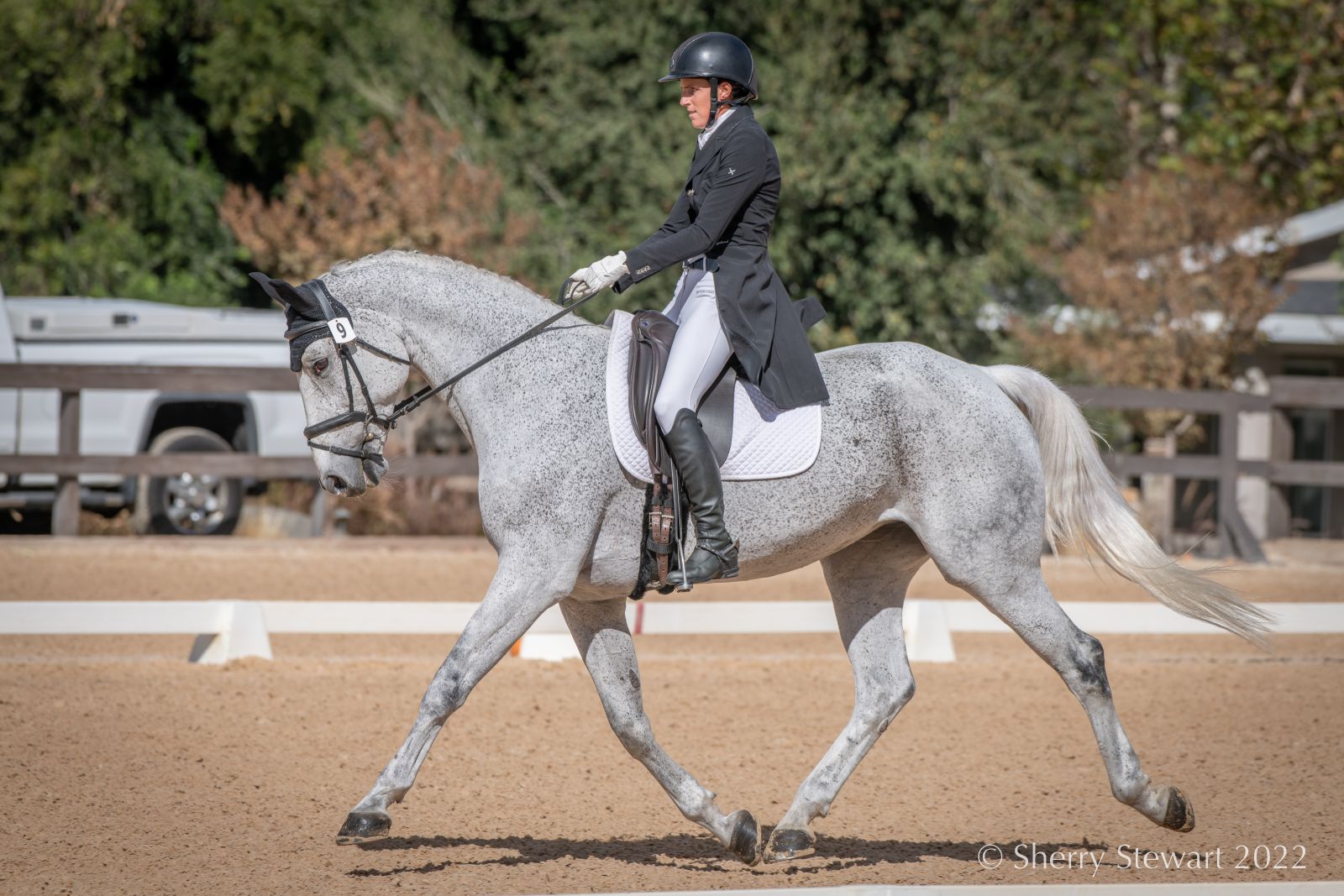 Emilee Libby and Toska stand in second position on a 31 and Lauren Billys and Can Be Sweet are right behind on a 32.1. 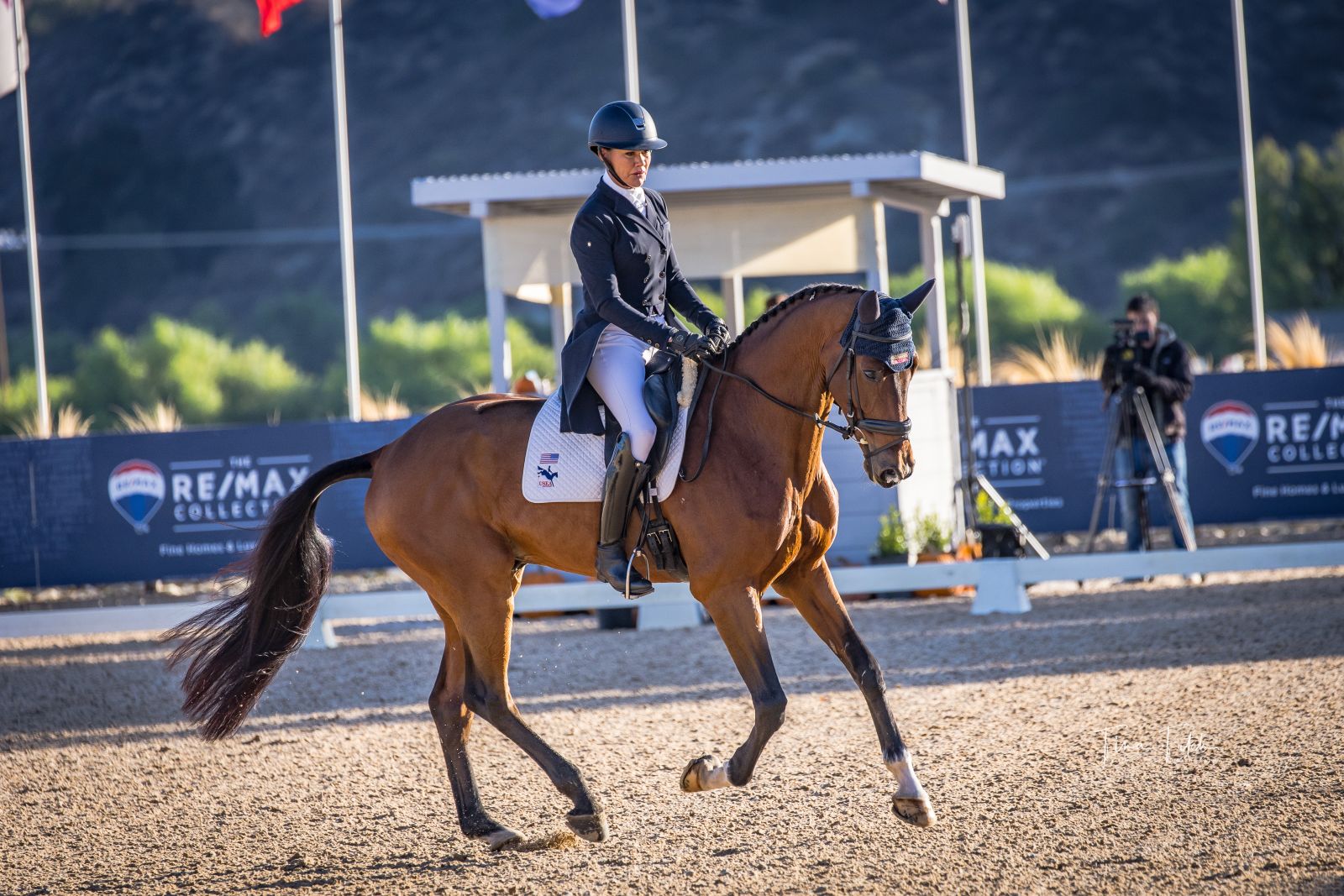 Tamie Smith started the festivities surrounding Team USA’s World Champs silver medal a bit early. She kicked off the CCI2*-L division on her first of four horses in the field, Kynan.

“It was flawless,” said Tamie of the Dutch Warmblood’s 27.1-scoring test. That stayed ahead of the rest of the 27-horse field to ride in front of Ground Jury members Peter Gray, Marilyn Payne and Michelle Henry on a cool morning in Southern California’s Temecula Valley Wine Country.

“He was so with me, and through and connected moving through the whole test. Usually, you come out of the test and say, ‘I think I could have done this or that better,’ but this was just fantastic.” 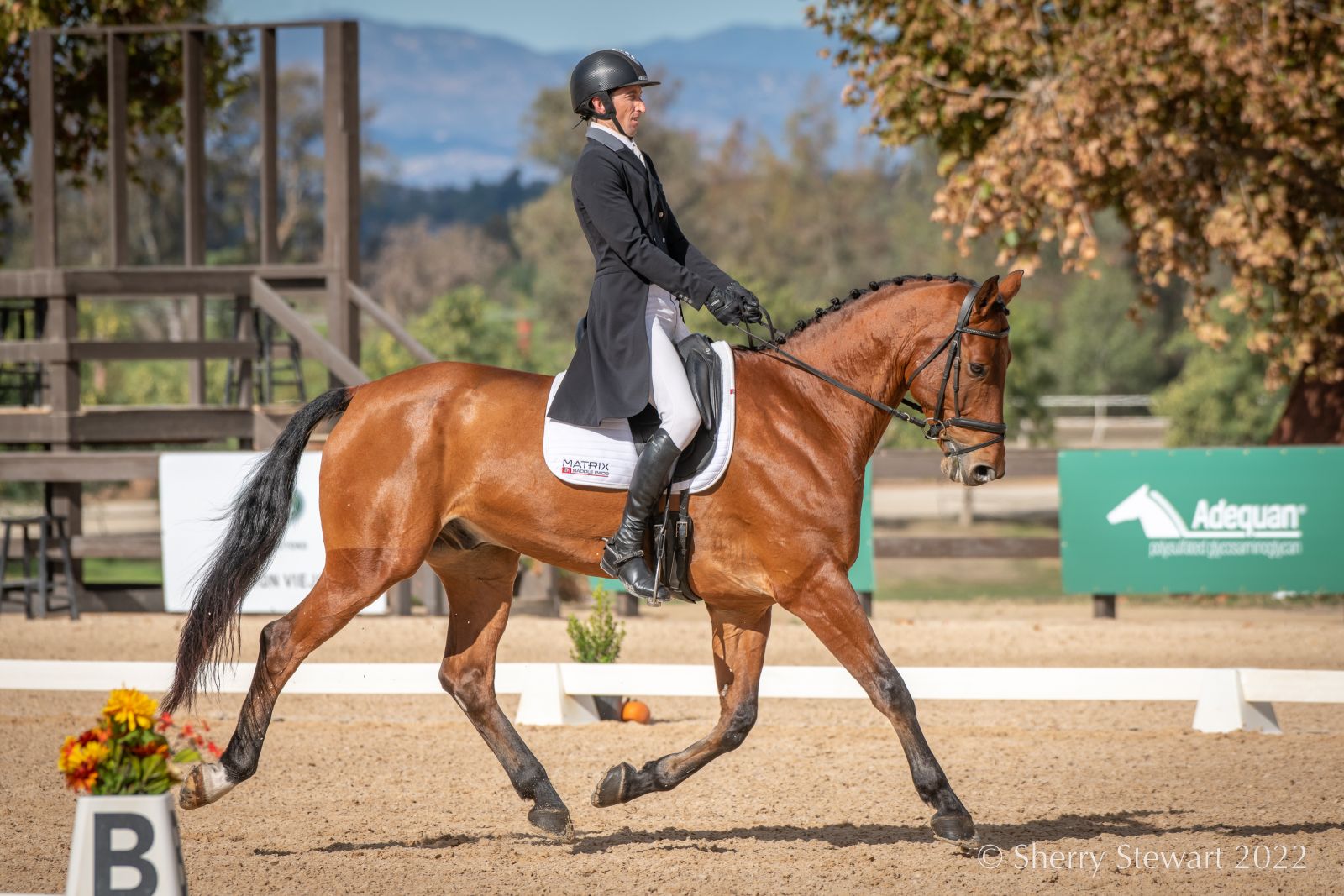 Long hot-streaking James Alliston hasn’t given Tamie any room for error in her lead with Kynan. He and Keep Calm are sitting on a 27.5, and another of the region’s most dominant riders, Erin Kellerhouse, is in third on a 28.9 with Bon Vivant GWF. 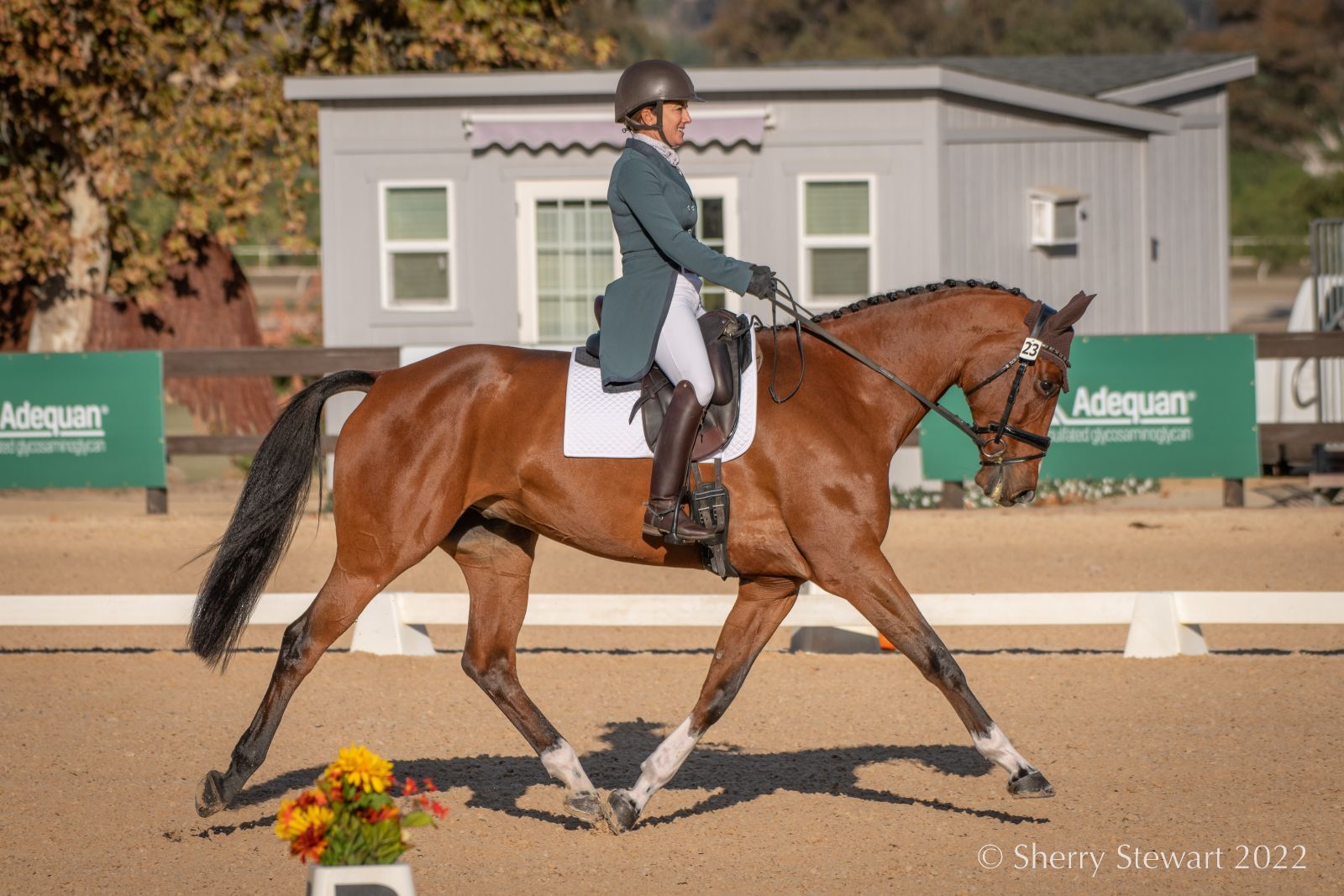 Of course, anything can happen tomorrow on cross-country.

“It’s big and bold,” said Smith of the 2* and 3* tracks. “I think Clayton [Fredericks] has definitely stepped it up in size and technicality since last year.”

With a relatively light load of campaigning only five horses this weekend, Tamie reflected on how it feels to be home after the globe-trotting that took her to the World Championships podium in Italy in September. “Oh my God, I’m so happy to be home. I’m trying to keep my focus on and not let down too soon. It’s a little hard to do that when we’ve been to the places we’ve been these last few months.” 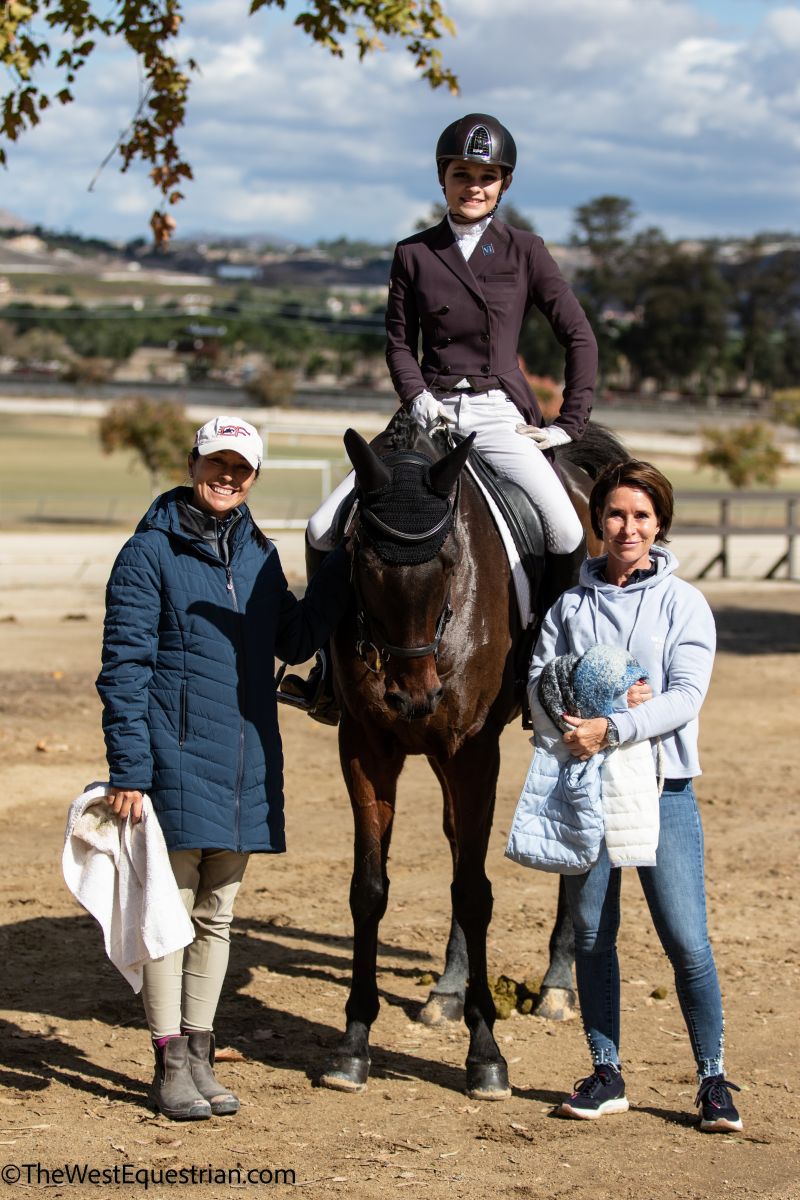 Taylor McFall, Sophie Click, Anna Rekrutiak, Julia Beauchamp-Crandon and Reece Blinks earned spots in the MARS Bromont Rising U-25 program, which makes its West Coast debut this week. Along with a $2,500 grant, the riders had the chance to review dressage tests with German Olympian Bettina Hoy and to sit with sport advocate and eventing father Jim Wildasin. Working alongside each rider’s regular coach, Bettina offered her input in the warm-up ring and ringside reviews after their tests. Jim spoke on developing the character traits needed for long term success in the sport (and life!)

Two-Star competitor Taylor McFall acknowledged that working with Bettina is a perfect step in advancing her riding skills. “She’s a world class rider – classically trained and with a lot of knowledge and experience. Riding with people like her is how you get better. Within five minutes, she pointed out things I was doing that I’ve been working on forever!  I am super stoked to be part of this program and I’m grateful that it exists.” 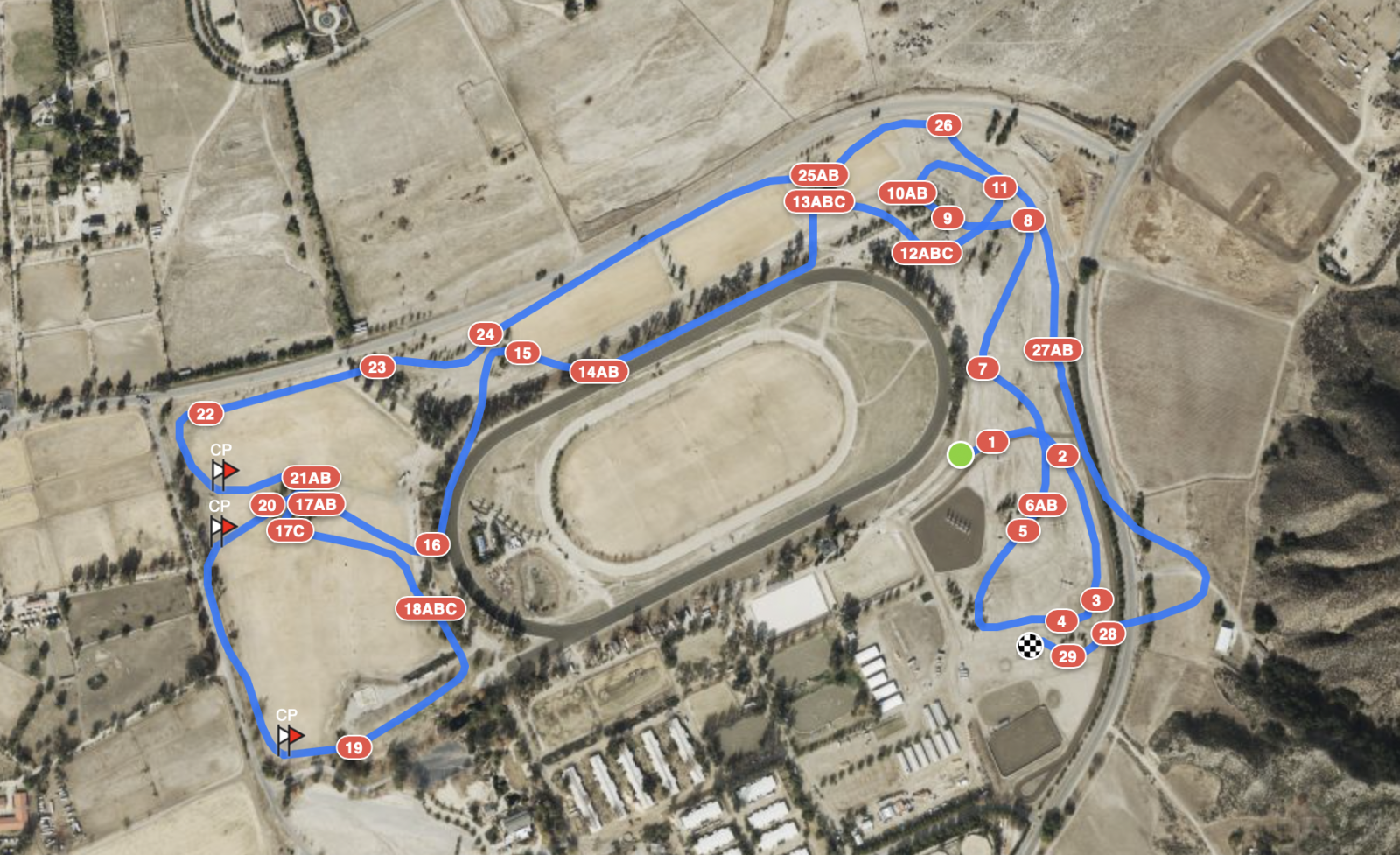 International competition continues with cross-country on Friday. CCI3*-L starts at 9:30; Re/MAX 4*-L at 10:50 and 2* at noon. For the national and Challenge divisions, it’s dressage day. We’re loving the sunny vibes and creative fence-dressings on Clayton Fredericks’s cross-country course — and you can walk the CCI4*-L via the CrossCountry App!