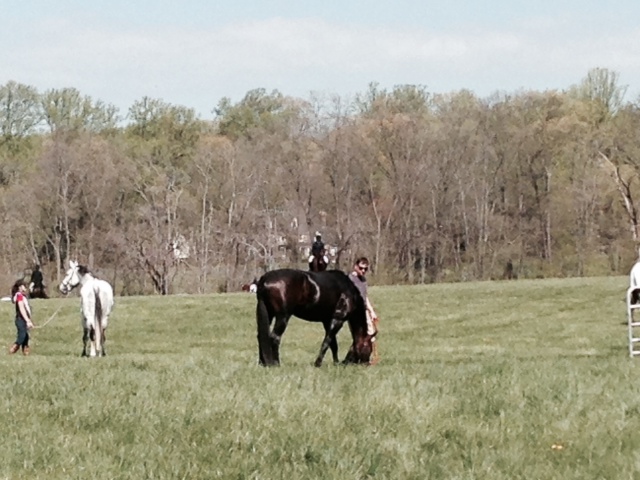 If you’re crazy, you choose to drive home from Aiken alone. 19 hours. You are nuts when, a few days later, you make a day trip to pick up your new horse in PA. You have reached clinically insane status when you then head to Maryland, compete and return home the following day. Kim suggested MCTA as a way of filling a gap in our competition schedule before the VA CCI* – so Maryland it was! I had never been, but her assessment of the courses was reason enough to make the trip.

Roger and I giggled a lot on our drive down: The MCTA event was located in Cockeysville. Childish, yes, but also entertaining. Easy to get too and an absolutely gorgeous setting. The land was absolutely stunning: rolling hills of lush grass cascaded toward blue skies, farmhouses and barns bordered the weathered fencing, and a light breeze deterred biting insects from lingering. Due to traffic, we arrived later then expected. We quickly settled Garth into his stall and walked cross-country. The sun was setting quickly and the green and blue flags looked awfully similar. All three of our rides were within 1.5 hours of each other, beginning at 8:30.

Though miraculously recovered from the 6″ of rain a few days prior, the grass rings were quickly getting chewed up and slippery in areas. It was not our best test. A fine test, and mediocre test – a tired test. The best part of this phase was the warm-up: though Garth began his new spooking antics among the other horses, I have found a way to handle the explosions discretely and constructively. This was a step forward. The test scored a 37.7 and we placed 16th out of 21 (Ouch). 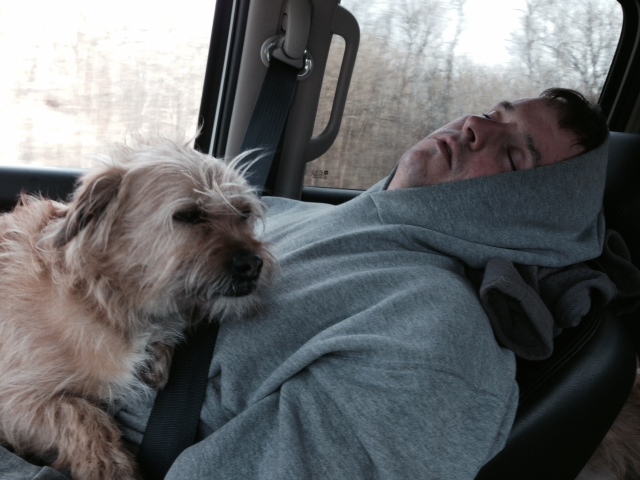 Stadium was in a rolling field just above the cross-country start. It was a lovely course with turns that added another level of complexity due to the slippery footing. Garth was a star and listened beautifully. Two fences from finish, we pulled a front rail to an oxer with his front hoof – It felt like he slipped on take off and couldn’t quite get his hind-end underneath him for the push off the ground. We ended the course in good form over the final fence. Many rails were pulled within our division. Despite our 4 penalty points, we moved up to 14th place.

Cross-country was a stunning course. The fences were pristine and gallops between jumps were a perfect test of his fitness. Virtually the entire course was soggy earth, with standing water in areas that was quickly chewed up into deep mud. Garth was honest, bold and forgiving – particularly when we galloped by fence #8 and had to gallop back to stay on course. That’s what I get for walking XC in the dark! He jumped double clear and moved up to 9th place. Had we not pulled a rail, we would have moved up to 5th overall.

This was an amazing venue. I would love to return for another competition, but hope they place preliminary over two days as they did for Intermediate and Advanced. Due to our long drive, it was too much within the short period of time. A welcomed surprise was Starbucks coffee in the stabling Saturday morning. What a treat!

Thank you for riding along with us!