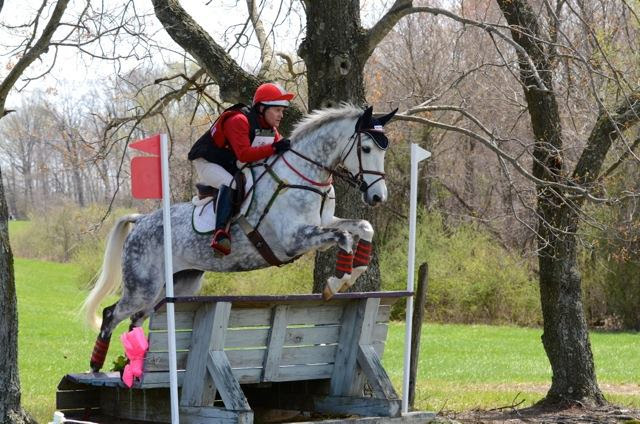 Stephen with Helen Brettell's Marble Arch.
What a winter! We all go south to escape the weather, but this year the weather came with us. For those of us who make camp north of the Florida line, we had days and days of no power as a result of the tremendous ice storm that hit the Aiken area. With similar weather back at home, many of us wondered why we’d bothered, but in the end the weather cleared and we were able to get in some riding time. We also had the benefit of our horses being in the very capable hands of the Full Gallop Farm team so we didn’t have it too bad. 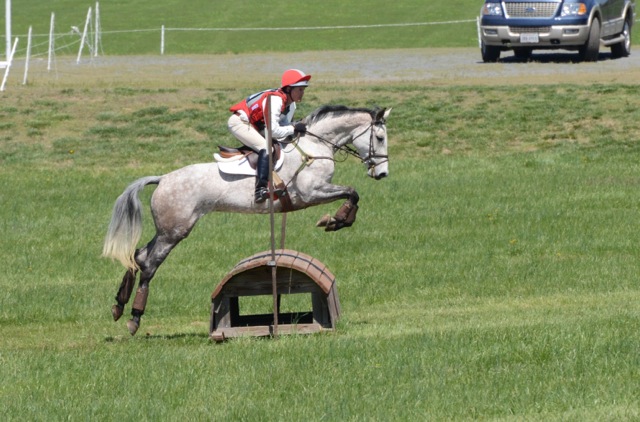 Now that we’re back home in Virginia (we may have stayed in Aiken longer than we originally planned) it’s time to get the horses out competing.

Charlotte Haris’ Bedazzled (“Boomer”) and Stephen competed in the Open Preliminary at Cahattahoochee Hills (4/5-6, Fairburn, GA) where they finished in 3rd after a wonderful dressage test (27.4!) and a single rail in stadium. Stephen plans to do a few more Preliminaries before making the step up to Intermediate. Charlotte’s other two horses, Lunetta (“Luna”) and Catapult (“Crunchie”) both put in a lot of schooling while in Aiken, both on the flat and around cross-country. Luna started her season at Loudoun Horse Trials and Crunchie will make his debut soon.

Helen Brettel’s Marble Arch (“Archie”) competed in the Open Preliminary at the Carolina International CIC and Horse Trials (3/20-23, Raeford, NC). Stephen moved him up to Intermediate for Chattahoochee Hills, and they won their Open Intermediate division! On April 12th, Stephen and Archie traveled to Frederick Area Dressage Show (FADS) held at Loch Moy Farm (Adamstown, MD) were they were 1st in First Level Test 2 & 3 Combined, 1st in Preliminary Level Test B, and 1st in CIC/CCI2*. The dressage show was the perfect prep for the Fair Hill International CIC2* (4/18-20, Elkton, MD) where the pair finished up their weekend in 19th at Archie’s first CIC2*! Stephen and Archie are also looking towards the Bromont CCI** (6/5-8, Lac Brome, Quebec, Canada).

The Hoffman’s Gambler’s Choice (“Woody”) was busy cross-country schooling while we were in Aiken. Stephen and Woody will be starting their season at Training level, and then you can expect to see Woody make the move up to Preliminary.
Stephen’s sale horse Tudor will be competing some this spring until he is sold, but Stephen would really like to see an ambitious young rider or adult amateur make him their own for the season! You can see Tudor, and our other sale horses,  in our “Sale Horses” album on the Stephen S. Bradley Eventing Facebook page.