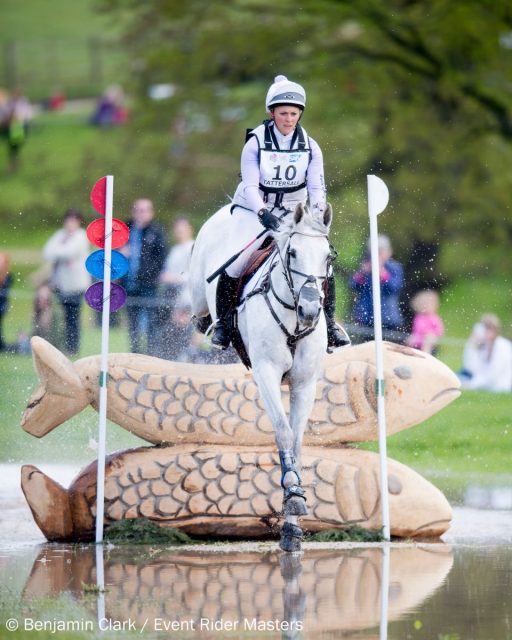 Gemma Tattersall (GBR) and Quicklook V smashed a slew of records this weekend at Dodson & Horrell Chatsworth International Horse Trials in Derbyshire, England, where they won the first leg of the 2017 Event Rider Masters series.

Their final score of 36.9 is the first sub-40 finishing score in the history of the CIC3* at Chatsworth, according to EquiRatings. It’s also a new Event Rider Masters record, besting Andrew Nicholson and Nereo’s previous lowest finishing score of 39.6 at the Barbury leg last year.

“Quicklook V was absolutely foot perfect in all three phases. I am so proud of her,” Gemma said. “My main aim is to win the Event Rider Masters series, and I have set out this year to do just that. I have some top classes horses to aim at it and can’t wait for the next one.” 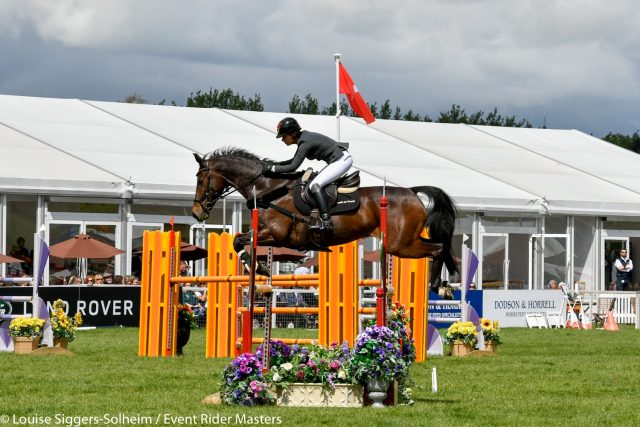 Bettina Hoy (GER) and Designer 10, her own 13-year-old Westphalian gelding, added 1.2 time penalties to their dressage score to finish second on 40.6. In addition to giving Germany their first podium finish in Event Rider Masters history, the result also served as redemption for Bettina and Designer, who re-rerouted from Badminton after an early runout on cross country.

“I do believe things happen for a reason, and I am very happy to be here following this result,” Bettina said. “I wanted to be competitive today and I had to go for it. Designer responded brilliantly and I am delighted with him.” 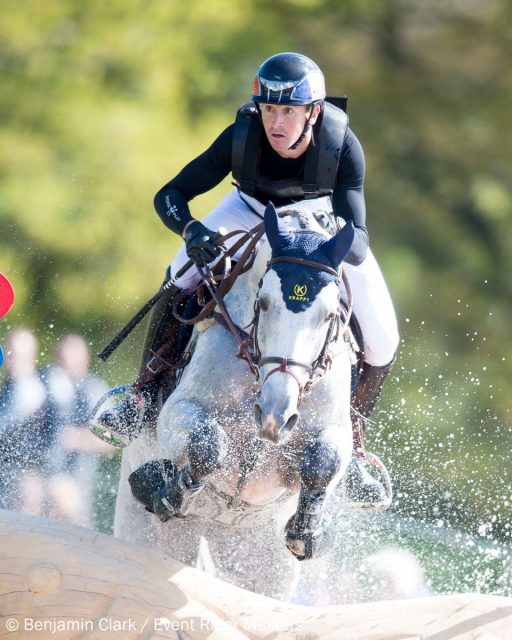 Thomas Carlile (FRA) and Upsilon, who won the 2016 series finale leg at Blenheim, led after dressage on a personal best of 33.2, but a refusal at the final combination in show jumping dropped them down to fifth place ahead of cross country.

Delivering one of three rounds to make the optimum time on Ian Stark’s course boosted Thomas and Upsilon, a 9-year-old Anglo-Arab stallion, back onto the podium to finish third on 42.2.

“I was disappointed with our mistake in the show jumping,” Thomas said. “I didn’t set out on cross country with the time in mind, but he coped with the undulations here at Chatsworth so well and I was surprised how up on the time we were towards the end. It’s the first time he has managed to beat the clock at this level. He is a super star.”

Two other pairs made the time, which is notoriously difficult to catch at Chatsworth. Prior to yesterday, just two others in Chatsworth history had managed to beat the clock: Astier Nicolas (FRA) and Quickly du Buguet in 2013 and Christopher Burton (AUS) and TS Jamaimo in 2016.

Sunny weather made for good going, and Elizabeth Power (IRL) and Soladoun flew around the track to come home an incredible 21 seconds inside the time to move up from 30th after dressage to finish seventh on their personal best dressage score of 47.8.

Marcio Carvalho Jorge (BRA) and Coronel MCJ finished bang on the optimum time of 6 minutes, 10 seconds to finish ninth on 48.5, giving us five total pairs that have now bested the clock at Chatsworth.

We are sending speedy healing wishes to Mark Kyle (IRL), who fell from Jemilla at fence 14a. While Mark landed on his feet, he unfortunately broke his ankle and is scheduled to have surgery today. Jemilla was not injured. Get well soon, Mark!

If you missed watching the action live, you can replay all three phases on demand at www.eventridermasters.tv. There are six more exciting legs of the Event Rider Masters series still to come. Next up is the first leg to be held in Europe at Wiesbaden in Germany. 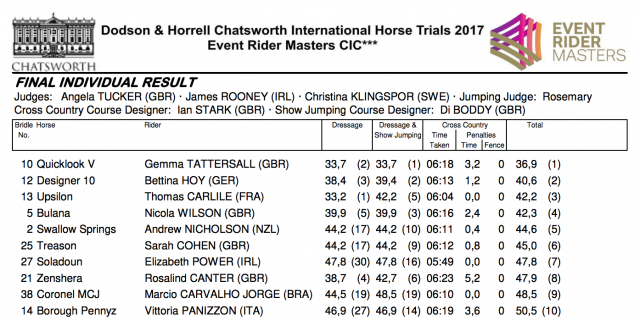