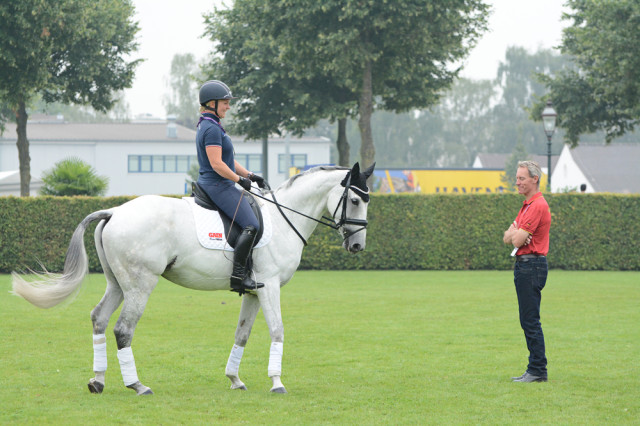 Chris Bartle, who coaches the German Eventing Team alongside Hans Melzer, has announced his intent to succeed Yogi Breisner as head coach of the British Eventing Team. He is one of several candidates applying for the position, with initial discussions to take place next month.

German Olympic Committee for Equestrian CEO Dr. Dennis Sounder responded: “We are very surprised and saddened by his decision to apply for this position. In particular because we agreed early on that Chris Bartle and Hans Melzer would go until the Olympic Games in Tokyo in 2020 as a coaching team. But we will respect the decision, sit down quickly and think through alternatives for the future, to prepare for the worst-case scenario.”

Since British-born Bartle joined Hans as co-coach in 2001 the German team has achieved many successes at major championships, including multiple gold medals at the Olympics Games, World Equestrian Games and European Championships.

“That was a very difficult decision for me. I feel a tremendous bond with the team, the riders, the support team in Warendorf and especially with Hans Melzer, with whom I have for 16 years been working successfully,” Bartle said. “That I would like to apply for this interesting and challenging position that might keep me well over the next four years to come closer to my home is also in the interest of my family.”