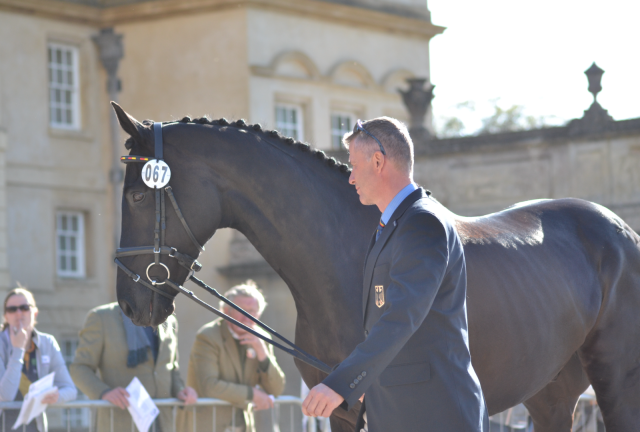 Germany came to win in this weekend’s Nations Cup CICO3* at Strzegom in Poland, claiming six out of the top 10 individual spots on the leaderboard after the show jumping finale early on today.

It was Germany’s Kai Ruder and Colani Sunrise who took home the individual honors — this pair was, in fact, not a part of the German Nations Cup team this weekend — finishing on a final score of 51.9 to lead from start to finish.

Colani Sunrise, an 11-year-old Oldenburg gelding owned by Anne Diener, made his first three-star start of 2017 this weekend. His 2016 highlights include a top-10 finish at Luhmühlen, and this weekend boasted a personal best FEI dressage score for this horse, whose previous record low was a 43.9 at the CIC2* level.

In second place in the CICO3* and the highest placed German team rider are Andreas Dibowski and FRH Butts Avedon, who completed their weekend on a final score of 57.4. FRH Butts Avedon, who is 14 this year, last competed in a Nations Cup event at Boekelo last year, where he came second individually. He is no stranger to Nations Cup competition, though, as this weekend is his ninth completion in such an event during his career.

Rounding out the top three in the individual Nations Cup standings are Falk-Filip-Finn Westerich and FBW Gina K, 10-year-old Württemberger mare who finishes her highest placing at the level to date. This is the third Nations Cup appearance for this pair, who previously completed individually at Vairano as well as this same venue, Strzegom, in 2016.

Germany finishes another strong weekend on a final team score of 179.1, handily ahead of second placed Great Britain, who placed one rider in the top 10 (Alex Bragg and Redpath Ransom, fourth place) on a score of 246.9. Sweden completes the top three on the team podium with a final score of 247.5. 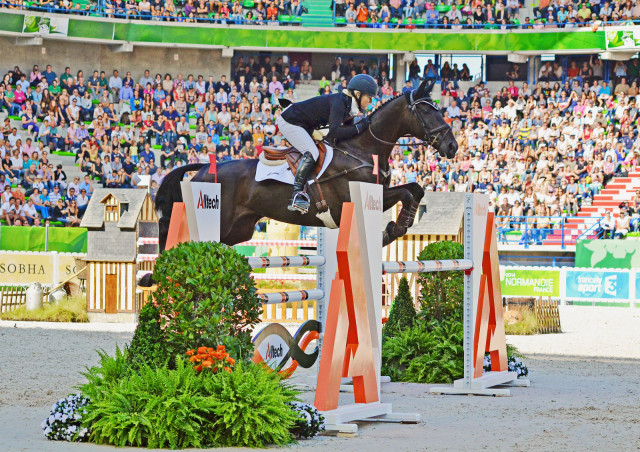 Looking to the CCI3* at Strzegom, it was Belgium’s Karin Donckers and Fletcha van’t Verahof, rerouting after retiring on cross country at Badminton earlier this month. This pair, who is very experienced at the three- and four-star levels (they finished fifth individually at WEG in 2014), bounced back in style to complete the weekend on a final score of 53.2 with just about 30 seconds of time on cross country.

Merel Blom (NED) and Rumour Has It N.O.P. finished their CCI3* weekend in second position on a three-day score of 52.4. This pair moved into second following cross country on the wings of the quickest run of the division and added no penalties in show jumping to solidify their finishing position. This is this pair’s first Advanced run since finishing in Rio in the top 20 individually last summer.

And completing the top three in the Stzegom CCI3* are the Swiss pair Eveline Bodenmüller and Waldmann, a 13-year-old Holsteiner gelding. These two completed the CCI3* here in 2014 in the top 20 and make a big improvement on that finish this year on a final score of 55.3.

We now look ahead to the next Nations Cup leg, which will be held this weekend at Houghton Hall in Great Britain. This leg will feature our two young guns, Caroline Martin and Mackenna Shea, who are beginning their European trip on the heels of the Karen Stives Eventing Endowment Fund.