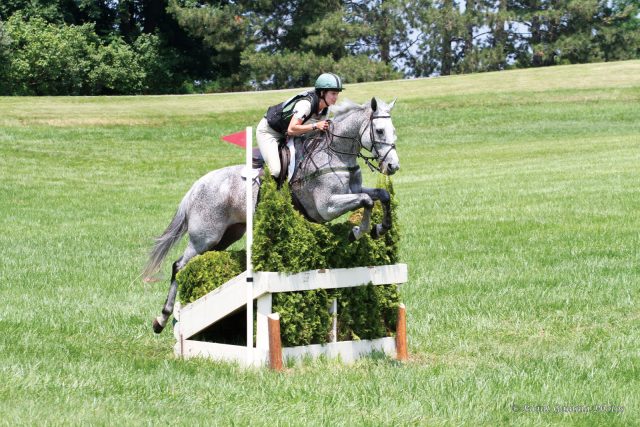 In this excerpt from Jane Savoie’s Dressage Between the Jumps, renowned coach and motivational speaker Jane Savoie clarifies the driving aids that will not only give you the forward you need but will also keep you safe.

You need to teach your horse to react enthusiastically to light driving aids. Your goal is to “whisper” with your aids and have him “shout” his response—not the other way around. Remember that your horse can feel a fly on his side. So it stands to reason that he should feel and react to a feather-light driving aid if you train him to do so.

You have four driving aids. They include: legs, seat, voice, and whip. Your horse wasn’t born knowing what these aids mean. It’s your job to teach him the aids, one at a time.

Legs
Let’s start with your legs. You can use either one leg or both legs, depending on what you want to ask your horse to do. In all cases, however, use your legs very lightly.

• If you only use one leg and it’s the inside leg (inside the bend), you’re asking your horse for more activity in whatever gait he’s already doing. If his trot is lazy, for example, close your inside calf to ask for more impulsion.

• When you swing your outside leg behind the girth in a quick windshield-wiper-like action, your horse should immediately strike off into the canter.

• When you close both calves, you’re asking for a transition. That transition can be between gaits, like walk to trot or halt to walk. It can also mean a transition within the gait, such as working trot to a lengthening, or from collected canter to extended canter.

If your horse doesn’t react enthusiastically to any of these leg aids, correct him immediately.

Seat
When you use a driving seat, you’re asking for an increase in activity, just like you might with your inside calf. Think of “pushing” the back of the saddle toward the front of the saddle. You can get a feel for this action by remembering what it felt like to sit on a swing as a child and “push” with your seat in order to swing higher.

Your horse should react wholeheartedly to one small push. Don’t push every stride or use your seat powerfully. Train him to react to a light seat aid.

Voice
When you cluck with your tongue, you’re asking for an increase of activity within the gait, just like you are when you use your inside leg or driving seat. Make sure you don’t fall into the trap of repetitive clucking. It has the same dulling effect as using your leg repetitively. Your horse should activate his gait in reaction to one cluck.

Whip
The whip can be used either as a correction or as a driving aid. In both cases, it is preferable in these exercises to use a long dressage whip. Don’t use a short jumping bat or crop because you’ll either end up pulling on your horse’s mouth, or you’ll have to take the reins in one hand in order to apply the whip behind your leg. When you use a crop on the horse’s shoulder, you aren’t speaking to his hind legs.

• When using your whip to correct your horse because he’s ignored one of your light driving aids, tap him sharply enough to send him forward into the next gait.

• When using the whip as a driving aid, apply the whip on his barrel, right behind your lower leg. To do this without pulling back on his mouth, use an opening rein and let the whip roll over your thigh. You are looking for the same reaction to this aid as you expect from your inside leg, your driving seat, or your cluck. It should add activity to the gait you’re already in.

Top event rider Carrie Wehle of Western New York says that teaching a horse to go forward from each of the light aids not only makes your horse more of a pleasure to ride, it keeps you safe.

“Dressage has been the foundation for training all of my horses. But it was particularly instrumental in the positive progression of a very difficult horse. This horse was a talented, athletic, off-the-track Thoroughbred named Foghorn J. Leghorn.

“When I bought Foghorn, my intention was to event him. He was described to me as ‘cheeky,’ and I was told that he might show a little attitude once in a while…. Fast-forward to a dressage schooling show. It was my first time off the property with the gelding. He was being a bit naughty in the warm-up—kicking at my leg and being ‘sticky’ about going forward. I ignored it and kept warming up. His ‘stickiness’ continued to escalate as I trotted around the arena, preparing to enter for our test. During the test, Foghorn became progressively reluctant to go forward: He not only kicked at my leg but also started bucking, which soon became a buck followed by a rear. The end result was a very vertical rear in front of the judges. Yes, I stayed on and finished the test (because that’s what eventers do!)

“The first thing Jane had me do with Foghorn was trot around the arena. It was pretty clear the horse was not in front of my leg. (I was sweating and breathing hard, and he wasn’t!)

“By using Jane’s technique of teaching him to be reactive to feather-light leg aids, I was able to re-train Foghorn to go forward from a light pressure from my leg. The new rule became that the horse was to react every single time I applied an aid—not just when he felt like it. Jane also added a series of different dressage exercises where I asked the horse, ‘Are you thinking forward while doing this exercise?’ These, combined with the ‘go forward questions,’ significantly improved his reaction to my aids.” 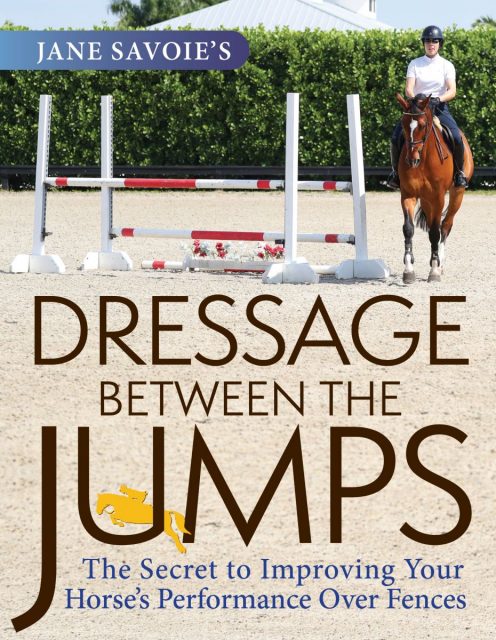