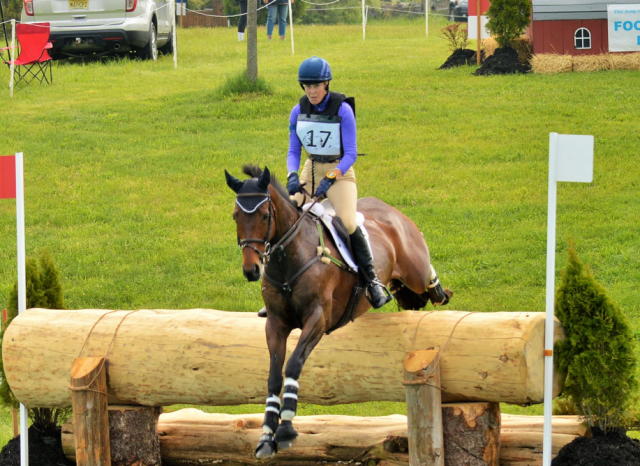 Victoria Jessop & Desert Mystery on their way to a 3rd place at Jersey Fresh CCI2* this spring. Photo by Sally Spickard.

Victoria Jessop started riding practically as soon as she could walk and has been working steadily towards success in the eventing world for many years. After her recent win at the Richland CIC2* with her OTTB Desert Mystery, she feels like she’s finally breaking into the top levels of competition here in the U.S., she said, and is excited to tackle the CCI2* at Fair Hill in the fall.

Victoria grew up in England with a very horsey mum and was involved with British Pony Club at a very young age. Demanding that her parents take her to Badminton every spring, the young enthusiast decided she wanted to grow up and become Virginia Holgate, also known as Ginny Leng, rider of the famed Murphy Himself and Priceless. This decision led to an early love of the color purple, which continues today in her cross-country color scheme.

After a summer working student position with Lucinda Green, Victoria was completely hooked and decided to begin working behind the scenes at the top levels by grooming professionally. Her job with the Japanese eventing team led her to the 1996 Olympic Games in Atlanta, and she never left the U.S. after that, proceeding to work for Carl Bouckaert, Jan Byyny and the O’Connors before starting her own business in Middleburg, Va. 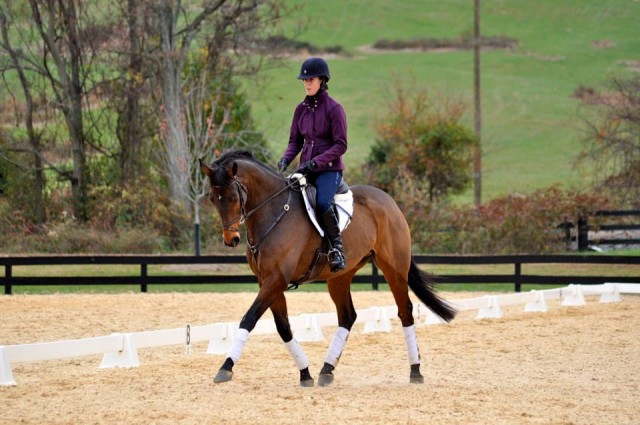 In 2007, she found a special Thoroughbred gelding through Rusty Carrier, a racehorse trainer who occasionally sent her a group of Thoroughbreds for some extra flat and jump training. Desert Mystery (Mojave Moon X Maternity Leave, by Northern Baby) had been a good racehorse under Jonathan Sheppard, but the lifestyle had fried his brain.

“Dez was the 3 year old that was my favorite even though he was a fruit loop,” Victoria said. “I really wanted to save him, so when the trainer retired him, he gave me first dibs, and I was lucky enough to have a wonderful lady named Mrs. Braga who bought him for me.” Mrs. Braga owned Dez all the way through his eventing career up until a few months ago, and even at the age of 93 she still follows their success and is incredibly supportive of the pair.

Dez’s start as a sport horse was inauspicious. “He was pretty wild at the beginning, and I actually refused to get on him at the first two shows that I entered,” Victoria said. Dez can be quite a good mover, but she says that he struggles with the classic Thoroughbred nerves and can get very tight in his back, which makes for some interesting dressage scores and some tense show jumping rounds. “We are always working on his relaxation, but he’s a cross country machine. He’s got a wonderful gallop; that’s what he was bred to do,” she said.

At the Richland Park CIC2* a few weeks ago, the pair really put all three phases together, winning the dressage and cruising around the jumping phases to take home the top prize. Dez put forth a great effort on the flat, scoring a 44.4 and leading over the field of 39 starters. They pulled one pole in the show jumping to drop out of the lead, but their double clear cross-country round brought them back into first place at the end of the weekend.

Not only does Dez enjoy a very personalized program to ensure his success, but he takes his groom, Barry, with him everywhere. Barry also doubles as Victoria’s husband and partner at Little River Farm in Middleburg, where they have a small training facility together. Barry also competes his horse After Hours at the Preliminary level when he isn’t grooming for his lovely wife. 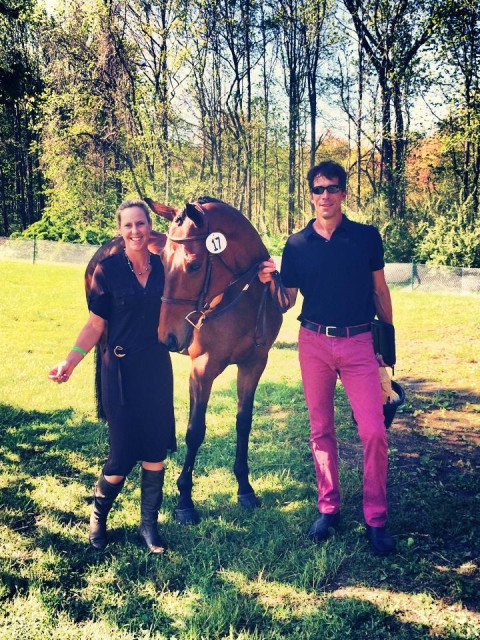 “Barry is undoubtedly the most patient, loving husband there is, and I certainly couldn’t have come this far without his constant support and horsemanship,” Victoria said. “It’s so great to be able to share our passion for the horses and the sport. Dez adores Barry; he is basically his security blanket, and he is a great calming influence for both of us when the nerves are up.”

When asked about her plans for the future with Dez, Victoria says that he will do another CCI2* this fall at Fair Hill. He made his debut at Jersey this spring, finishing in third place, but will get another run at the level for this year. They are moving up to the Advanced level this weekend at Plantation Field to get a little extra challenge, but the plan was always to get a solid run at Fair Hill CCI2* before tackling the Advanced and three-star level next year.

“I definitely think he could go to Rolex, but I never thought we would come this far, so we just take each day as it comes and try to make sure we are ready,” Victoria said. “I’m just so thankful to have the support of my trainer Allison Springer; all my wonderful friends; Devoucoux Saddles; Mrs. Braga; Barry; and, of course, my parents, who always say the right thing no matter what happens.”