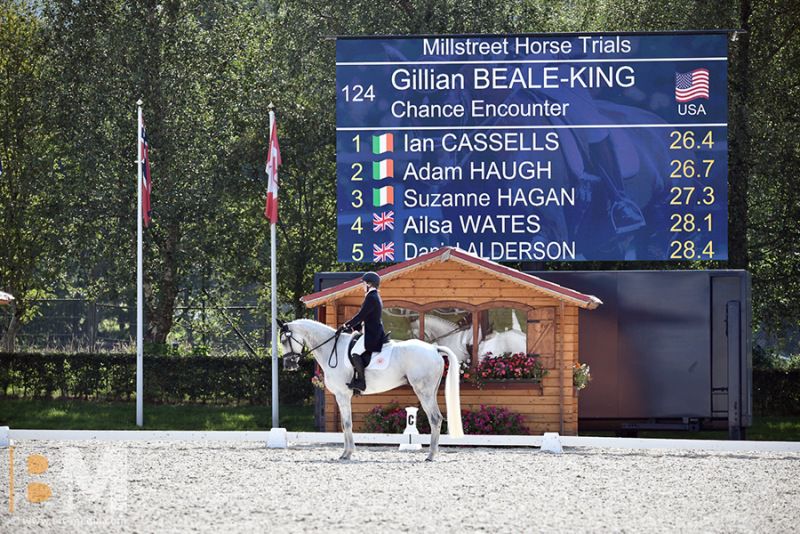 Just when you think you’ve got everything figured out and all your ducks in a row is typically when life decides to throw you a curveball, for better or worse. The opportunity to ride and compete in Ireland “really came out of the blue” for Gillian Beale King, who as of earlier this year had an established program with about 30 students at Main Line Sporthorses in Chester County, Pa. It was an offer to ride for the Belline Estate, owned by Richard and Tanja Ames in Kilkenny, Ireland — and Gillian knew she wanted to, as they say, seize the day.

It was well-known breeder Richie O’Hara who connected Gillian to the Ames, putting into motion the fulfillment of a dream for Gillian, who had spent the last few years primarily competing in the show jumping ring. In fact, Gillian’s a seventh-generation horsewoman with many lifetimes of experience playing a part in her education. This includes the experience of her father and international Grand Prix show jumper Doug King and her mother, international eventer Susie Beale. Gillian’s half-sister, Amanda Beale Clement, is also a professional upper level eventer, her maternal grandfather, Maj. Jeremy Beale, won Burghley in 1965, and her paternal grandfather Hunter King trained hunter/jumpers and rode as a steeplechase jockey — it’s safe to say Gillian’s grown up and spent the majority of her life in the saddle, and here was an chance to put all those miles to another good use.

“I had always dreamed of getting back into eventing,” Gillian, who previously evented through what is now the three-star level as a young rider, explained. “I’ve done international hunter derbies, grand prix show jumping, eventing through what’s now three-star. And then I graduated from university and went out on my own. That business mostly took me in the show jumping direction.” 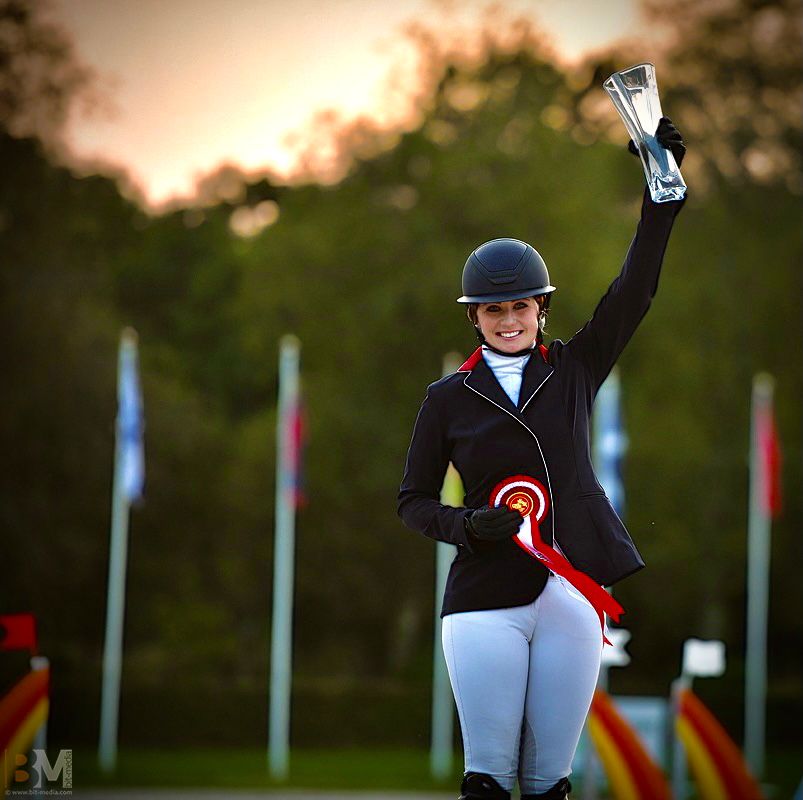 Atop the podium at Millstreet. Photo by Bit-Media.

Sometimes, when the opportunity of a lifetime materializes, you have to decide to take a leap. “The timing was right on so many levels, and I decided that this was absolutely something worth exploring,” Gillian said. So she transitioned the majority of her students over to her dad, Doug King, and seemingly before she could blink, she was touching down on Irish soil to begin the next chapter.

She’s certainly come out with a bang since beginning her international eventing career over again, most recently taking home the win in the CCI3*-S at Millstreet last month with Chance Encounter, a 12-year-old Irish Sport Horse gelding by Creevagh Grey Rebel out of Camedia. She also picked up a CCI2*-L win — the first international win of her career — at Kilguilkey aboard Derena Super Star (Womanizer – Miss Dallas), an 8-year-old Irish Sport Horse gelding.

Having only had the ride on this group of horses — a mix of more experienced horses and young guns moving up the levels — since the spring, Gillian says she’s lucky to have been able to slot right into daily life at Belline Estate, spending time with each horse and forming a partnership. “I really went back to the drawing board with every single horse when I got here,” Gillian explained. “The option was given to compete in the first month and I declined because I wanted to take my time and get to know the horses. Getting back into eventing, I wanted to cross my t’s and dot my i’s. I tried to put my flatwork on them, went cross country schooling, and just tried to put that time into properly getting them ‘on’ with me.”

With this string of talented horses and the ability to have an individual program for each, Gillian says she’s rediscovered her eventing sea legs with increasing comfort. “I will say being a show jumper has really helped my eventing,” she said. “I grew up show jumping and had been focusing mostly on the sport since graduating in 2014. The height and width and technicality of the turns is something that I can feel comfortable with knowing I’ve practiced similar things. Out on cross country I find the jumps out in the open very inviting to ride up to. I think the honing of your jumping skills and your ability to jump and turn and navigate are really valuable in making that transition. And I think making the time often comes down to being accurate. You’re accurate and fast when you’re not having to slow down too much, and I’m very conscientious about tidy turns and ‘walking smart’ to have a good plan.” 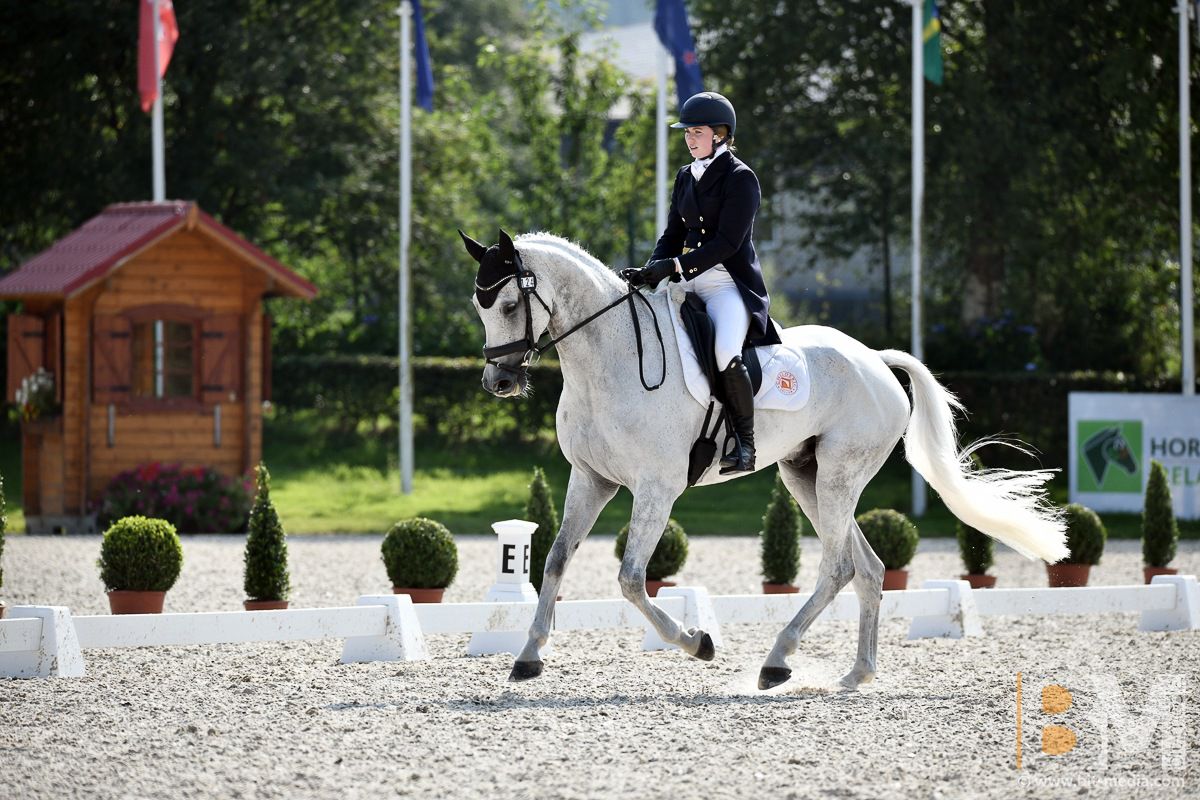 Gillian expressed her gratitude for Richard and Tanja Ames and the opportunities she’s been afforded multiple times. “(Richard and Tanja) have certainly been behind me every step of the way and believed in me enough to give me this opportunity,” she said. “It’s tremendous to come out and get these results. The horses and Richard and Tanja deserve it so much, and everyone here on the yard works so hard.”

And the horses are showing their strengths as Gillian continues to work with them. “(Chance Encounter) was a horse that was so nervous in dressage and strong on cross country,” she described. “And he’s just done a 180. Maxine, our head groom, has known ‘Harry’ since he was four. He’s definitely her heart horse, and when they told me I won (at Millstreet), I had to wipe away a few tears in warm-up because I just felt like Maxine and Harry and Richard and Tanja deserved it so very much.”

It’s a long time to be away from your family, friends and life at home. But Gillian’s taking it all in with a good dose of gratitude, and a few trips planned to come back to visit. “It’s been what dreams are made of,” she said. “The last thing my dad said to me when he dropped me off at the airport was, ‘you know what you have to do’. I came here for a reason, to find success and develop great partnerships with these horses. And I really feel like we have the system and the team to do just that.”