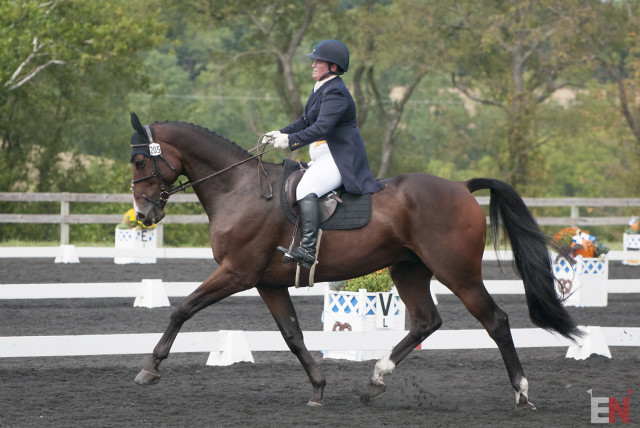 Gina Economou and Calidore on their way to scoring a personal best dressage test at Plantation Field…in a jump saddle! Photo by Leslie Threlkeld.

Gina Economou dreams of taking Samantha Burkhart’s 9-year-old Dutch Warmblood gelding to a four-star event. To do that, she knew she needed to branch out from her homebase in Sun Valley, Calif. and gain experience competing at different events around the U.S.

“I want to do a four-star one day but won’t do that unless I get out there and go.”

So Gina packed up and headed East, stopping by the Plantation Field International Horse Trials to compete in the CIC3* in preparation for the Fair Hill International CCI3* next month.

Their adventure is off to a good start, as Gina and “Leo” scored a personal best dressage score as a pair yesterday, earning a 55.5 to tie for 13th place in the 36-horse field.

“I’m so excited, for him to lay down that attitude in there, more than anything,” Gina said. “He knows the movements, but to have that head space for the whole test made my day. It made my year! He gets so tense and nervous in the ring. For him to go in there and feel pleasant and relaxed was the greatest thing ever.” 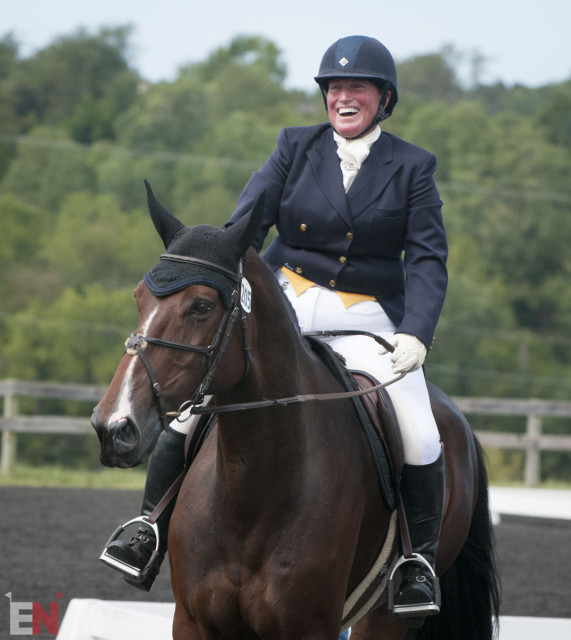 Have you ever seen such happiness after a dressage test? Photo by Leslie Threlkeld.

Part of the positive shift may be due to an unorthodox tack exchange. Indeed, she rode her CIC3* dressage test in a jumping saddle. “He’s sensitive in his back and so far that’s what’s keeping him most comfortable. I can’t stand it and it’s hard to sit, especially during extensions, but it’s working for him. If it’s going to make him go well…(yesterday) was the best he’s ever gone.”

For now, Gina and Leo are based in Unionville, Pa. They’ve been trailering in to Plantation Field to compete and then going home to relax. Gina said it is a weird feeling to haul in for a three-star but it’s been good for Leo to go home and get turned out with friends.

With their Grand Prix show jumping experience and flawless three-star show jumping record, we’re expecting good things from this pair on Chris Barnard’s show jumping course today (no pressure!). On Sunday’s cross country, Gina said it will be interesting to see how Leo handles the terrain, a key difference between West and East Coast events.

Best of luck, Gina, and thanks for warming all our hearts with your pride and joy after dressage yesterday.
Go Eventing. 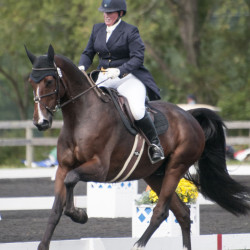 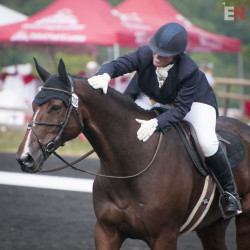 Not possible for Gina to give this horse too many pats! Photo by Leslie Threlkeld. 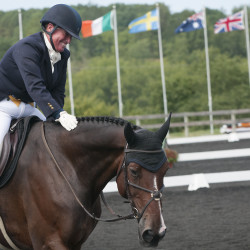 Such a proud mom! Photo by Leslie Threlkeld.