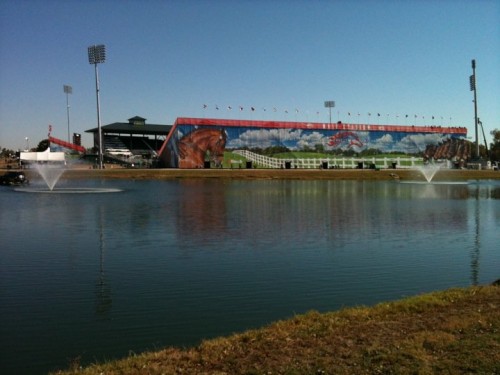 Will the World Equestrian Games return to Lexington? Photo from Sally Spickard.

The 2018 World Equestrian games will definitely be held in North America, as Great Britain has officially withdrawn its bid for consideration to host the games.

BEF Secretary General Andrew Finding has now informed the FEI that Britain will not be going any further in the bid process.

In a letter to FEI Secretary General Ingmar De Vos, Andrew Finding wrote of his “considerable regret” at the withdrawal, stating that there was insufficient time under the terms of the new bidding process for the British Federation to secure the necessary funding and identify a host venue by Nov. 15, the deadline for receipt of formal bid applications.

The cities that remain in the running for consideration are Lexington, Ky., Wellington, Fl., and Bromont/Montreal. The FEI will decide on the final candidates on December 2, and the chosen host city will be announced during the spring 2014 meeting for the FEI Bureau.

You can read the full write-up from TheHorse.com here.