Saturday at the 2020 MARS Great Meadow International was already slated to be a jam-packed day, but Mother Nature pushed the boundaries even further with a heavy, afternoon storm that delayed the competition by over two hours.

How much did it rain, you ask?

Once we finally saw a rider back in the area, daylight became a commodity, so the officials elected to let half the division jump today (32 pairs), and the second half of the group will resume show jumping at 7:30 a.m. tomorrow. 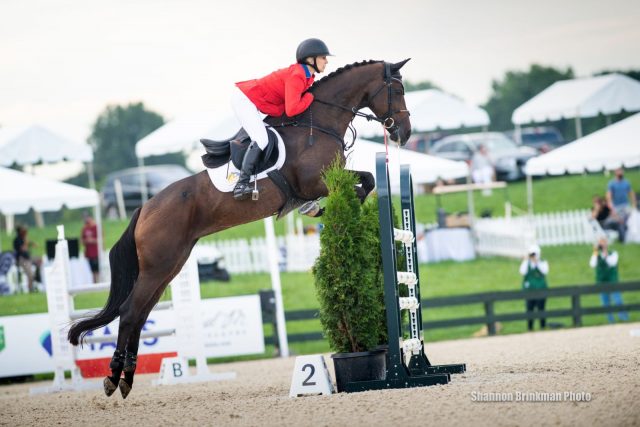 Despite seeing only half the field, the division leader remains decided ahead of the final cross country phase with Marilyn Little and RF Scandalous delivering a clear round to stay atop the four-star class.

This is sixth consecutive clear round for the 15-year-old Oldenburg mare (Carry Gold x Richardia, by Lario), who is owned by Mrs Jacqueline Mars, Mr & Mrs Phoebe & Michael Manders. They remain on a score of 21.8. 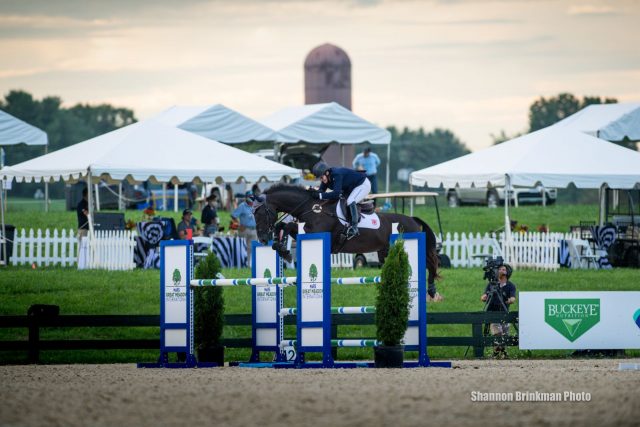 Though the leader is known, many heavy hitters in the top ten are still to come tomorrow. We can expect Kim Severson and Cooley Cross Border, The Cross Syndicate’s 13-year-old Irish Sport Horse (Diamond Roller x Whos Diaz, by Osilvis), to be no worse than third place before cross country after a clear round on 22.1. 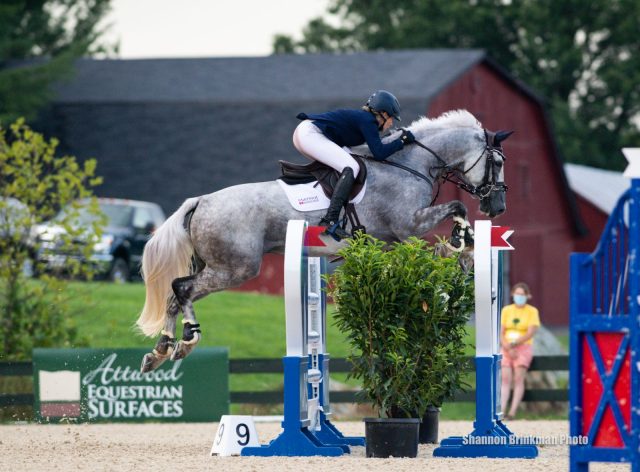 Liz Halliday-Sharp put herself in a favorable position with The Monster Partnership’s Cooley Quicksilver. She and the 9-year-old Irish Sport Horse (Womanizer x Kylemore Crystal) were eighth after dressage and went clear today (26.1). 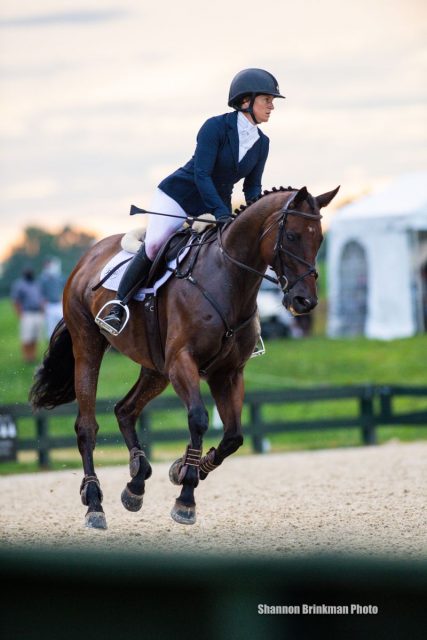 Hannah Sue Burnett was all smiles with Jacqueline Mars’ Harbour Pilot after a clear round to remain on their dressage result of 26.8.

Last year, the four-star division saw only 12 clear rounds. Today 23 of the 32 pairs achieved that feat for a massive clear rate of 71.9%. We’ll have to wait and see how the second half of the field affects this rate tomorrow. Show jumping resumes at 7:30 a.m. The cross country phase will follow at 11:14 a.m.

Don’t miss a second of the Horse & Country live stream all day tomorrow.