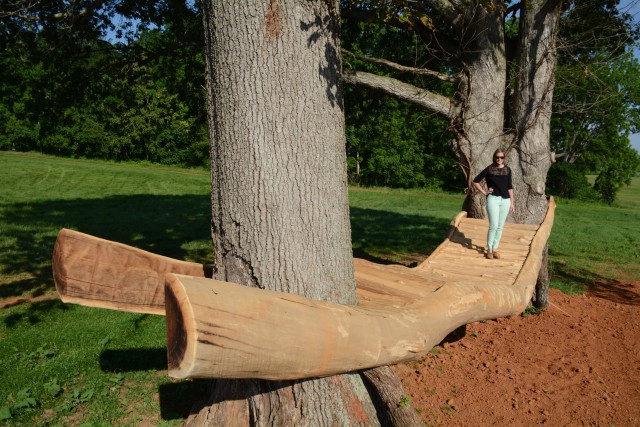 Entries closed this week for the inaugural Great Meadow International CIC3*, and we have a very exciting lineup of horses and riders slated to compete June 19-21 in The Plains, Virginia. In addition to the U.S. and Mexican Pan American Games teams contesting the prep trials for Toronto, 21 combinations are slated to tackle Mike Etherington-Smith’s new CIC3* course.

Great Meadow limited entries in order to preserve the pristine footing on the grounds, which also host the famed Virginia Gold Cup steeplechase every year. While the venue once hosted the Middleburg Horse Trials, Virginia Horse Trials and the Commonwealth Dressage and Combined Training Association horse trials, Great Meadow has not hosted an FEI event since 2001.

Joanie Morris, USEF managing director of eventing, confirmed that which division the riders compete in will not affect their chances at being selected as the traveling reserve for Toronto, so it will be an action-packed weekend as we follow along with Team USA in both the CIC3* and the Pan Ams division.

All of the U.S. team members — Phillip Dutton with Fernhill Fugitive and Fernhill Cubalawn, Lauren Kieffer and Meadowbrook’s Scarlett, Boyd Martin and Pancho Villa, and Marilyn Little and RF Scandalous — are required to compete in the Pan Ams division. We’ll also see alternates Matt Brown and BCF Belicoso, Will Faudree and Pfun, and Lauren Kieffer and Vermiculus in this division.

The remaining U.S. Pan Ams alternates are competing in the CIC3*, along with a strong group of heavy hitters. EN’s data analyst Maggie Deatrick, who is competing in the CIC3* with her own Divine Comedy, will be unveiling her picks for the top five as we get closer to the event, but here’s a quick rundown of who will be battling it out for the win.

Jennie Brannigan and Cambalda: These U.S. Pan American Games team alternates are coming off their first four-star completion at Rolex Kentucky and will start in this event with a very good chance to win it. “Ping” is arguably the top three-star horse in the country right now, averaging a third-place finish and 100 percent completion rate at the CIC3* level.

Buck Davidson and Ballynoe Castle RM: The U.S. Highest Scoring Horse of All Time is coming off the first CCI3* win of his career at the Jersey Fresh International Three-Day Event. Buck and “Reggie” competed at this venue last year at the World Equestrian Games prep trials and will come into the CIC3* as heavy favorites. Buck also has Petite Flower entered in the CIC3*.

Boyd Martin and Shamwari 4: Shamwari was the highest placed U.S. horse at the 2014 WEG and is widely expected to be Boyd’s top contender for the U.S. Olympic team in Rio de Janiero next year. Boyd has been keeping him bubble wrapped with Rio in mind, so this might be one of your only chances to see him in action at an FEI event in the U.S. this year. He’ll also be riding Crackerjack in the CIC3*.

Michael Pollard and Cyrano: Heavy favorites for the U.S. Pan Ams team, these alternates are coming off a big win at the Jersey Fresh CCI2* on a final score of 36.9. Great Meadow will be their second event at the Advanced level as a combination, but the horse has experience to burn having competed at the 2012 London Olympics with owner Carl Bouckaert. Watch for them to be extremely competitive. Michael is also competing Ballingowan Pizazz in the CIC3*.

Colleen Rutledge and Covert Rights: Colleen’s homebred star and EN wunderkind was the highest-placed U.S. horse after dressage at Rolex Kentucky and ultimately finished 11th in his first four-star. Also keep your eye on Escot 6, a freak of a jumper who just finished seventh in his first CCI3* at Jersey; he’ll be Colleen’s second ride in this division.

Tamie Smith and Mai Baum: In hot contention for that traveling reserve spot to Toronto, Mai Baum is stepping up for his first CIC3* to show he’s a serious horse for the future. The horse is also entered at the Rebecca Farm CCI3*, so he needs a qualifying score at Great Meadow to keep that plan on track.

Lynn Symansky and Donner: The highest-placed Thoroughbred at Rolex Kentucky was also a team horse at the 2014 WEG in Normandy. Donner showed he really liked this venue last year with a memorable dressage test at the WEG prep trials. If Lynn and Donner can replicate that performance, they’ll be highly competitive in this field.

Mexican team coach Karen O’Connor is bringing her Pan Ams team to compete in the prep trials as well: Daniela Moguel with Cecilia and Agave, Abraham Ojeda and Obusero, Alan Triana and Ofrenda, and Guillermo de Campo and Quelite. It’s exciting to have another team represented at this event, and we look forward to giving the Mexicans a big EN welcome at Great Meadow.

To round out the international flavor of the Pan Ams division, Nilson Moreira de Silva will also be representing his native Brazil aboard Muggle in his quest to compete in his first Games in Toronto. That gives us a total of 36 horse and rider combinations competing at Great Meadow.

Nearby Surefire Horse Trials is running on the same weekend to create “a festival of eventing in hunt country,” and the organizers of both events are hoping Great Meadow spectators embrace that concept and visit Purcelville to watch the competition at Surefire. The event is adding a wine and beer garden to its event this year, as well as tailgating spots, which you can purchase at this link.

Be sure to read our detailed preview story on Great Meadow, which gives a rundown of everything you need to know. Darrin Mollett, co-organizer, confirmed that VIP tables are still available for the event, which has a variety of fun activities planned throughout the weekend. Grace, the famous trick mule that has been featured on NBC, is the most recent addition to the entertainment lineup.

If you’re coming into town early, don’t miss “The Past, Present, and Future of Eventing” panel discussion at the National Sporting Library and Museum from 6:30-8 p.m. Wednesday, June 17. Jim Wofford, Karen O’Connor and Mike Etherington-Smith will talk about the historic progression of eventing, from its early days to its current form. A light reception will be held at 6 p.m. Admission is $10 or free for library and Great Meadow Foundation members.

Follow #LandRoverGMI on Facebook here and Twitter here to stay up to date on the latest news. The Great Meadow website also has a wealth of information and is your go-to destination for buying tickets. General admission is $40 per car load for one day or $100 for all three days. VIP tickets start at $150.