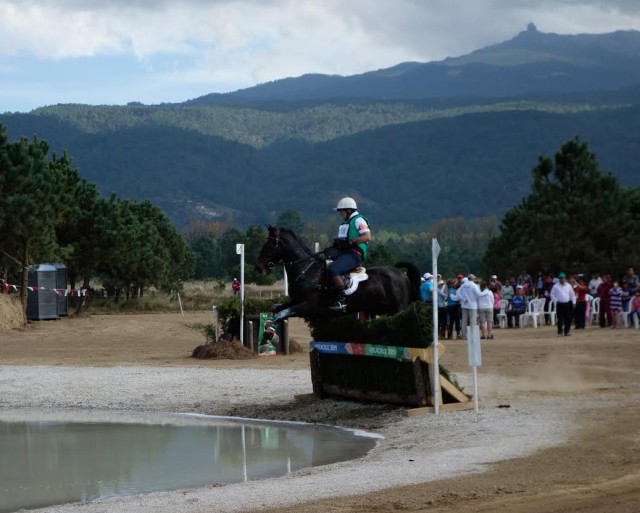 Medal positions remained unchanged after the cross country competition yesterday at the Central American games. Guatemala leads the way in gold medal position on a cumulative score of 148.10 over Mexico, who is close behind on a score of 150.6. Venezuela remains in bronze medal position, bringing home three riders clear for a score of 156.9.

What a day…It’s hard not to be disappointed that Natascha and Peekie didn’t have their fairy tale ending today, but they were still fabulous. A small mistake by Natasha certainly shouldn’t take away from the horsemanship that she showed.

She rode amazing 90 percent of the time, made one mistake, and learned a lot…go eventing! We have been blessed with the fabulous teachers we have had in Tatton Winter, Clifton Peekachu, and Irish Diamonds; thank you to the ponies!

Alasca also stepped up to the plate for Juan (Larrazabal), despite being the least experienced horse of the bunch. He came home the second fastest round for Venezuela with .4 time penalties.

All of our riders rode exceptionally well and put in very good rounds on a course that took its toll. I loved the cross country that John built, it was a true, fair test, and we are headed into tomorrow in a strong position having had 3 clear rounds and one 20…go Venezuela!

Guillermo de Campo and Quelite moved into the lead from third after dressage with a double clear run around John Williams’ course, holding a score of 49.2. He’ll go into holding the tiebreaker between himself and Stefanie Brand Leu and Claudius, who are also on a 49.2 as a result of a handful of time penalties.

The course rode well for those who completed, with four out of 16 picking up one refusal, seven pairs coming home double clear, and five clear with time. Eight pairs were eliminated on course, and one elected to retire.

The eventing competition will conclude today with the show jumping at 12 p.m. EST. With a Pan American qualification on the line, all competitors will have their best game faces on as they look forward to the day’s competition.