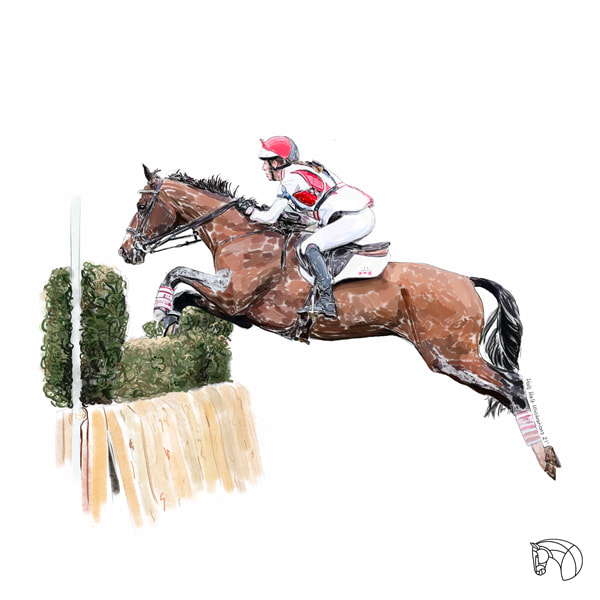 When we saw Hannah Hatherell’s illustrations of top eventers like Oliver Townend, Jessie Phoenix and Selena O’Hanlon, we knew we had to get to know her better. The Canadian-based graphic illustrator specializes in equine subjects and started Half Halt Illustrations in March 2020 as a way to stay creative during the first pandemic lockdown in Ontario. Hannah is an active equestrian and owner, she has worked with horses in multiple disciplines for over 15 years.

Half Halt Illustrations combines her passion for creativity and love of the equestrian sport. We recently asked Heather a few questions about her background in riding and her work as an artist. 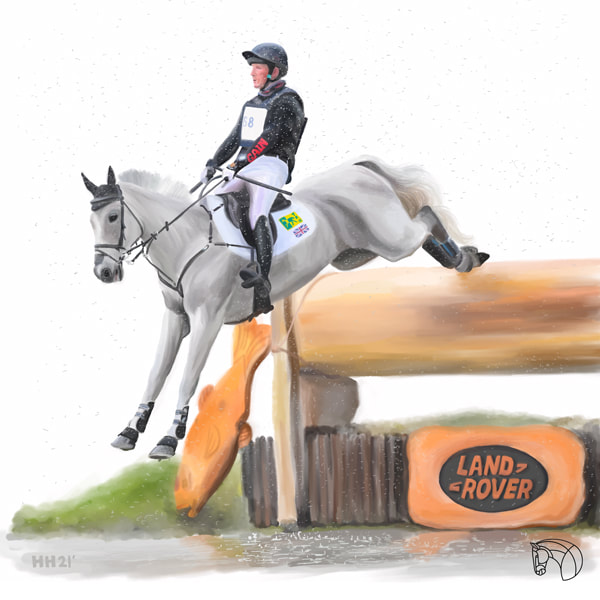 What is your background in horses? In art? How did the two grow to become intertwined?

I’ve been around horses my whole life but officially started riding lessons when I was six. I grew up in New Jersey and got my first pony when I was 10, a Norwegian Fjord named Delfinia. I joined the New Jersey Region Pony Club and did rallies and ratings with Delfinia, and later with my coach’s horse Tuxedo. This exposed me to so much and I ended up loving dressage just as much as jumping, but cross country was where I felt most at home.

When I was a teenager, I took some local drawing classes and did a lot of fine art pencil and charcoal work, but I wasn’t as focused on drawing horses at that point. The creativity with horses came through photographing my friends riding, rating and competing. After moving to Canada and completing an education in photography in 2014, I got the bug to learn graphic design.

While I was still learning design in 2017, we started a horsey secret Santa group with friends. It wasn’t until then that I started applying my design skills to make illustrations of my friends and their horses as my secret Santa gifts. In 2020 when the pandemic first hit, I was stuck at home and had a lot of time on my hands. That’s when I got the idea to start a small business out of it which is how Half Halt Illustrations was born. 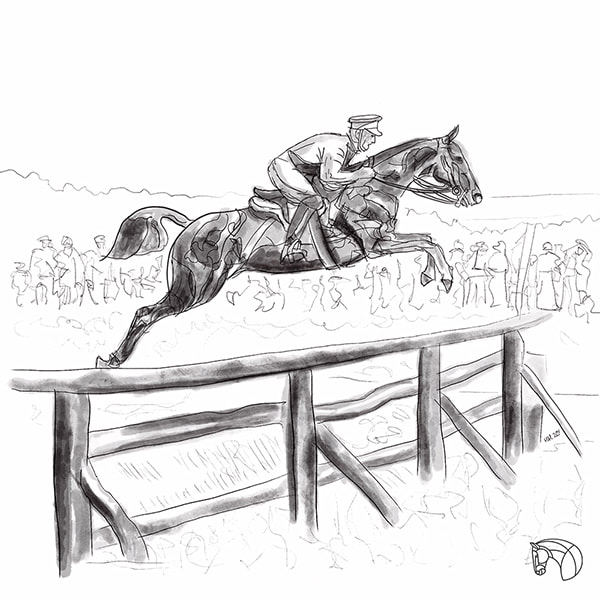 I notice that cavalry images feature in some of your works. How did you become drawn to those?

I always had a fascination with eventing but didn’t really know how it all started and wanted to learn more about its roots. After reading FEI’s A History of Eventing I went down a bit of a research rabbit hole—I had no idea it was originally a cavalry test. The evolution from the original cavalry test to today’s format is mind-boggling. This inspired me to start illustrating more of the cavalry origins of the sport and spread some knowledge. 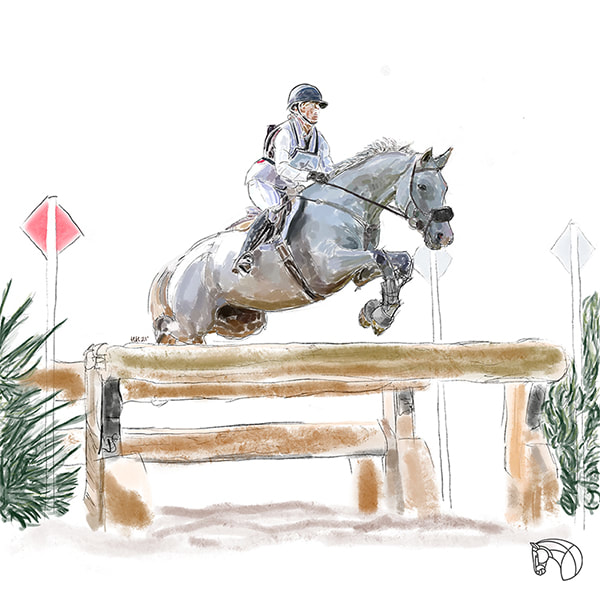 What inspires you about eventing and its athletes, both horse and human?

That’s a tough one because so much about eventing is inspirational. But the bond shared between horse and human throughout the three phases is pretty astounding. It’s incredible to watch the top athletes place total trust and fearlessness in each other—how those combinations communicate is an art form in itself. To become effortlessly fluent in that form of communication is a big driver fueling my own goals as an equestrian. 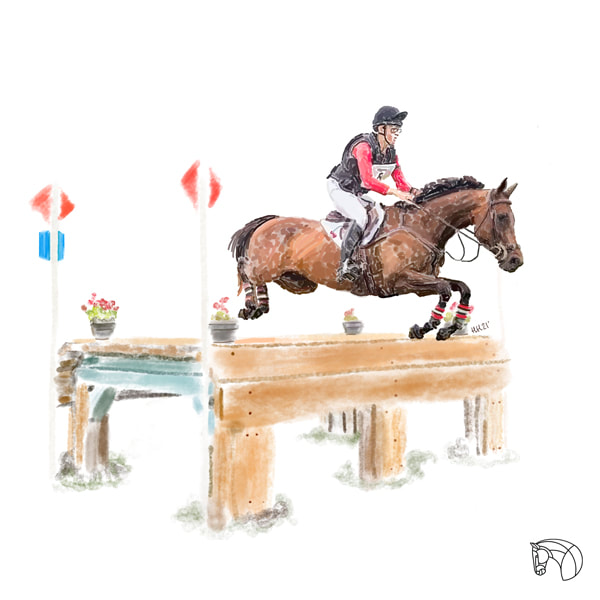 Are any horses and riders on your bucket list to illustrate in the future?

So many! If I had to pick just a few though I’d love to illustrate Laura Collett and London 52, Julia Krajewski and Amande de B`Neville as well as Sam Watson and Flamenco.