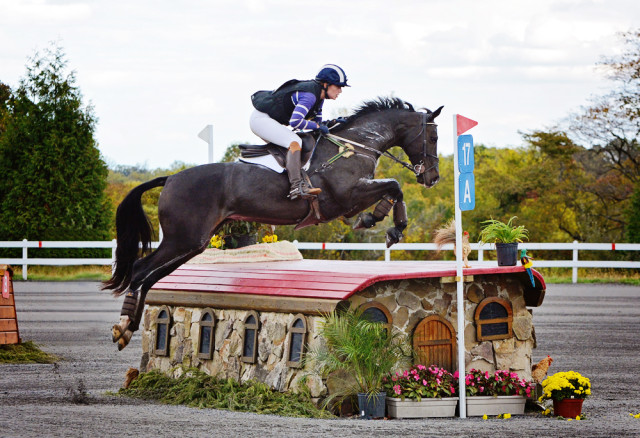 Congratulations are in order for Hallie Coon and Caroline Martin, who have been selected by the USET Foundation as the recipients of the 2018 Karen Stives Eventing Endowment Fund Grants.

Hallie and Caroline will spend a month in England on the Karen E. Stives European Emerging Athlete Tour, competing at the Houghton Hall CICO3* (May 24-27) and Bramham CCI3*-U25 (June 7-10). In addition to training with USEF Emerging Athletes Coach Leslie Law, who will coach them at both competitions, the riders will further their education in between the two events by visiting the yards of Carl Hester and William Fox-Pitt as well as steeplechasing training facilities.

The opportunity is owed to the generosity of the late Karen Stives, who donated $1 million to the USET Foundation to create a fund that would give up-and-coming U.S. riders valuable international experience.

Competing on the tour will allow Hallie, of Brunswick, Maine, to make her overseas debut. “I’ve done the standard trip up to Bromont, but that’s hardly outside the U.S.,” Hallie says. “I’m floored that we get to compete against the best Under-25 riders in the world, as well as everyone else in the class and be able to compare yourself to them.”

Hallie says she was surprised and thrilled to receive the grant: “I never thought I would have this opportunity, but we’re so lucky to have this funding and it was so generous for Karen to have left this for us. It’s just a great opportunity to have as Under-25 riders. I don’t think we’ve really had this much support in the past and I’m just really lucky to be doing this at the time I am. I’m really looking forward to it.” 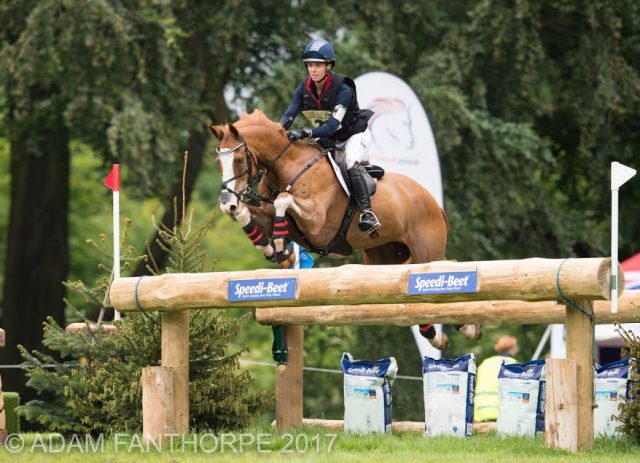 Caroline Martin and Pebbly Maximus at Bramham in 2017. Photo by Adam Fanthorpe.

This year marks Caroline’s third consecutive receipt of the grant. She says, “It’s been a really great season so far. I had really good luck last year with two of my horses, Pebbly Maximus and Danger Mouse.”

The Ocala-based rider continues, “Being able to win this and represent my country is just incredible. I’m really proud to represent Karen Stives on the international stage and to be able to keep getting support from my country and the education competing overseas is unreal. It’s great to spend the month over there with a horse. Being able to be trained by Leslie Law for the entire time is really a great honor.”