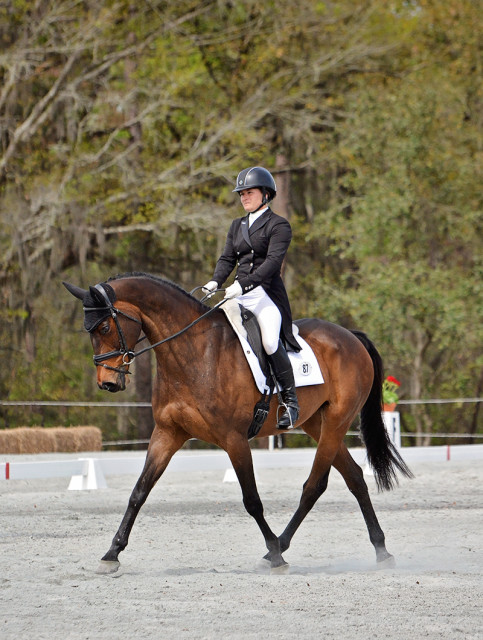 A tough day of scoring at in the CIC3* at Red Hills Horse Trials gave us just three scores in the 40s at the conclusion of dressage, with Hannah Sue Burnett and Harbour Pilot leading on 44.1. “William,” a 14-year-old Irish Sport Horse gelding owned by Jacqueline Mars, scored a bit off his average of 42.8 but still threw down the gauntlet.

Courtney Cooper and Who’s A Star are another strong pair in the dressage phase, scoring 46.3 for second place. “Tag,” a 14-year-old Irish/New Zealand Sport Horse by Aberjack, is one of Courtney’s homebreds and delivered a fluid, relaxed performance today.

Jessica Phoenix and Bentley’s Best were the last to go, scoring 47.6 for third place. This 10-year-old Trakehner gelding owned by Don Good has really blossomed over the winter, looking stronger and more powerful in his extensions and throughout the test. We’re calling it now to keep your eye on “Benny” this season. 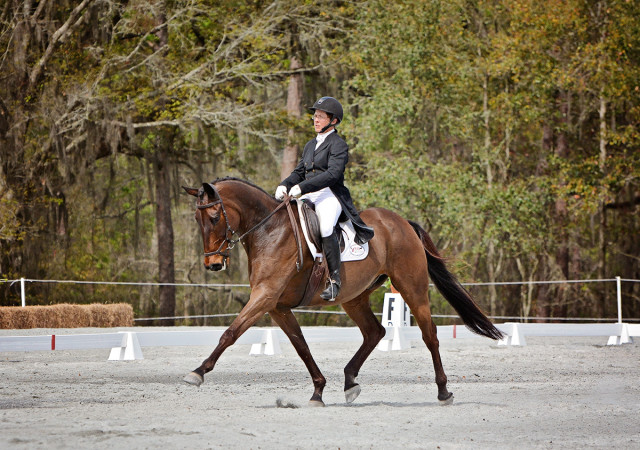 Session bias has been a hot topic over the past year and an issue EquiRatings has discussed in depth. In our quest to analyze whether judges are getting the balance right, EN will be tracking session averages during the 2017 season.

The stiff scoring continued through the second morning session, which averaged 6.15 points over the expected scores. Only two pairs in the first two groups bettered their expected scores, and none by more than 2.4 points. 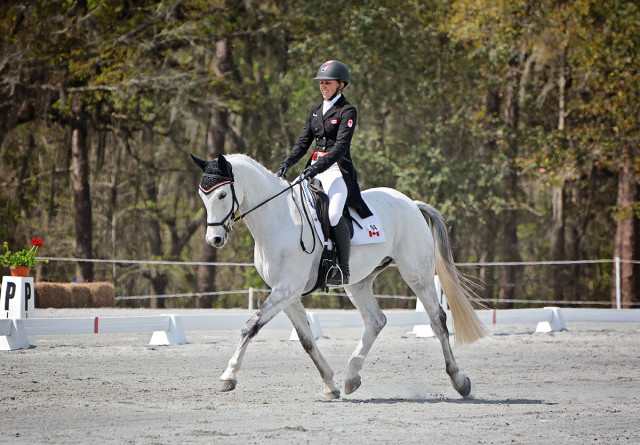 Overall, the CIC3* division saw marks that trended 5.45 points above the expected average scores for these horse and rider combinations. There was a 2.67-point advantage to going in the second two sessions of the division versus the first two sessions. 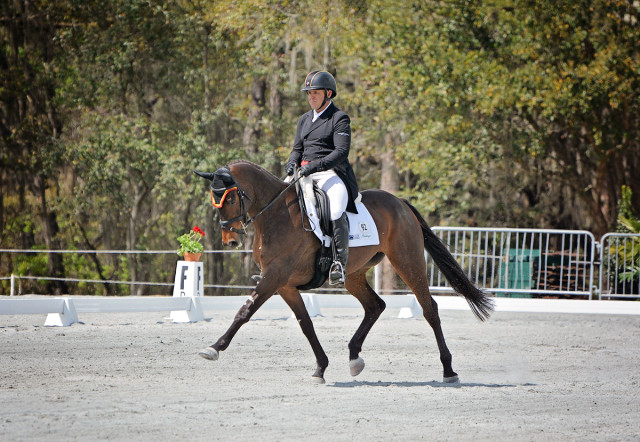 Looking to the rest of the division, Hannah Sue Burnett has a second ride in the top five in Under Suspection, a 13-year-old Holsteiner mare owned by Mary Ann Ghadban. Buck Davidson and Petite Flower, a 15-year-old Thoroughbred mare owned by Sherrie Martin, scored 51.3 for fifth place.

Click here for a full rundown on the scoring. Advanced, CIC2* and CIC* dressage is still going, so we’ll have much more to bring you later today, including comments from the top three in the CIC3*. In the meantime, be sure to click over to EN’s Instagram for more photos from the day (and the cutest dog ever).

Massive shoutout to EN’s data analyst Maggie Deatrick for crunching the numbers for this post. Check out more of her analysis on the CIC3* field at Red Hills in By the Numbers. Go Eventing. 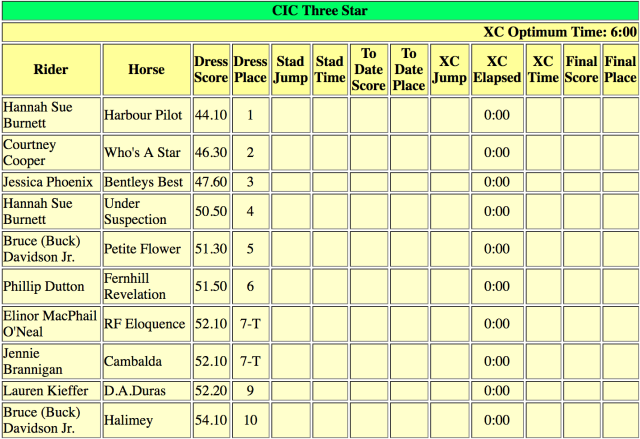