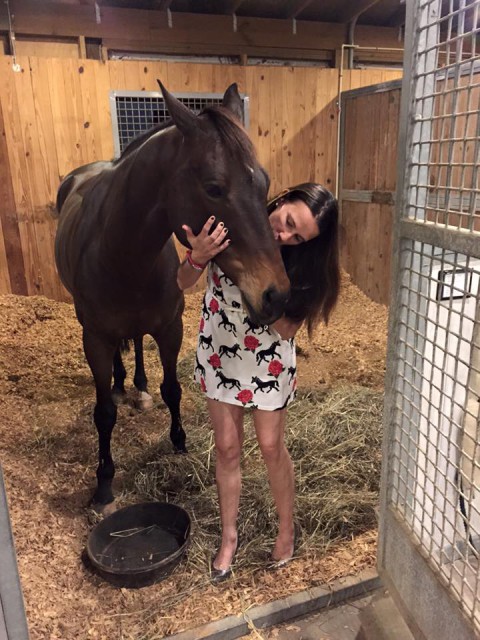 Happy 2016, EN! Can you believe it? It was actually difficult to type 2016 for the first time. I’m sure I’ll forget several more times in the coming weeks.

I spent my New Year’s pretty quietly, with my dog and roommate on the couch. Pretty exciting, right? Yeah, I agree. It’s an exciting time, though. It always feels so fresh to start a new year, as if we’re all turning the page on a clean slate. I’ve made resolutions in the past, but I’m terrible at sticking with them. So here is my “resolution” for this year:

Sometimes it’s hard to put your plans and resolutions into action. Why do you think we see hundreds of people swarming to the gym on January 1, only to disappear a few weeks later? I’ve been a repeat offender of talking but not acting, so this year I am not resolving to do anything specific, rather, I am resolving to become a person of action.

There are many things I want to accomplish, many of which have not happened because I’ve only ever thought about them. Thinking becomes dreaming, which can then be turned into action — but most of the time, we’re too scared of our own dreams. I think the quote goes something like “If your dreams aren’t big enough to scare you, dream bigger,” and that will be what I think of moving forward. Action over apathy. That’s my resolution.

Now that I’m done rambling, we’d love to hear yours! Submit your New Year’s resolutions in the comments and share them with us!

Start your 2016 with some heartwarming stories from Horse & Hound. They’re counting down 10 of the most touching stories they published this year, and this is definitely a must read list! [10 Heartwarming Stories from 2015]

The Horse is also doing some great reviews of 2015 — this is a cool look back at their top infographics of the year. There is never a lack of information to learn when it comes to horses, and infographics are a great way to break things down into layman’s terms. [Top Infographics of the Year]

Here’s another great way to kick off the new year! The 2016 George H. Morris Horsemastership Training Sessions are officially underway in Florida, where some of the top young riders in the country are taking advantage of a once in a lifetime opportunity. Chronicle of the Horse has a great recap of day one here. [Day One with George Morris]

Just because, here’s a #FlashbackFriday look back at one of our favorite events of 2015. Here’s to many more in 2016!