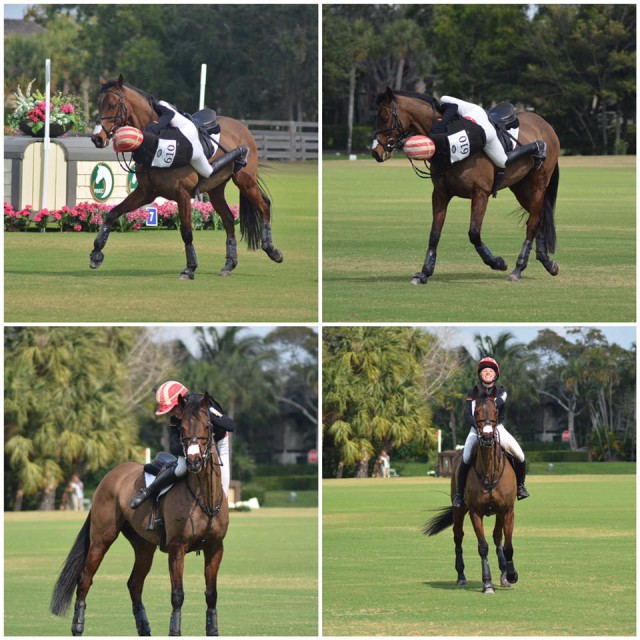 “Like a hardcore spider monkey” is the phrase EN eyewitness Kate Samuels used to describe Woodge Fulton’s save-of-the-day at the $100,000 Land Rover Wellington Eventing Showcase. When Captain Jack tipped the top of fence 6 the situation looked grim, but through a feat of athleticism and sheer grit Woodge managed to keep the horse between herself and the ground.

Way to stick it, Woodge!!! #spidermonkey

The pair rallied and made short work of the rest of the course. Here they are jumping through the VIP tent:

They ended up finishing clear with time and — most importantly — a big grin. Woodge’s mental and physical tenacity impressed us all, including John Nunn from Bit of Britain, who offered her a sponsorship! It just goes to show that anything can happen when you refuse to give up and just keep kicking!