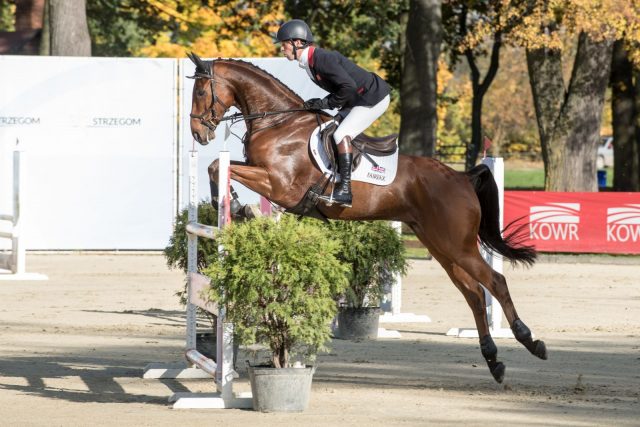 The winner of the CCI4*-L class, the feature class of the Strzegom October Festival, was Harry Meade with the 10-year-old Superstition.
The Brit took the lead after a clear round in the cross-country. Even one knockdown and a slight tardiness in the showjumping could not threaten his leading position.
Second place went to the four-time Olympic champion – Andrew Hoy (AUS) with Vassily de Lassos. The pair went clear in the cross-country and jumped up from the 10th to second position before the jumping. Maxime Livio (FRA) with Vegas des Boursons finished third.
The leader after dressage – Kylie Roddy (GBR) with Carden Earl Grey – was not as fast in the cross-country and the time penalties decided that she would finish as eighth.
The best Polish rider in the class was Małgorzata Korycka riding Canvalencia, as they finished at the 14th position.
Strzegom October Festival had record-breaking entries this year. Over 440 horses have galloped through the hippodrome in Morawa. During four days, the audiences had the chance to see riders from 28 countries, including, for the first time, Mexico and Turkey. Athletes competed in seven international and three national classes at various difficulty levels. 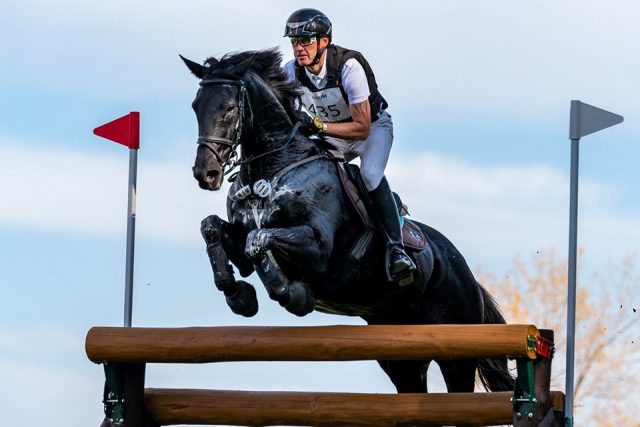 The best rider of the CCI4*-S was Andreas Dibowski with the 16-year-old FRH Butts Avedon. A clear round in the show jumping gave him the lead in the class, despite having picked up time penalties on cross-country. Second place went to Nicolas Wettstein (ECU) with Meyer’s Happy, and third – to Lea Siegl (AUT) with Fighting Line.
The CCI3*-L podium was dominated by Germany. First place, after a clear cross-country, went to Ann-Catrin Bierlein riding Auf Geht’s Fraeulein Hummel. Calvin Böckmann with Altair de la Cense was second, and Nadine Marzahl with Victoria 108 were third.
For the first time in Strzegom, we had a rider from India as the winner of the CCI3*-S class. Fouaad Mirza and Dajara 4 took home the first place, beating Swedish athletes – Sandra Gustafsson with Kaminskij and Aminda Ingulfson with Hot Cup VH.
The CCI2*-L was divided into two sections. The best rider of section A was Jrina Giesswein (SUI) with Chester SP, and the winner of section B was Brandon Schäfer-Gehrau with Florentine. The CCI1*-Intro belonged to Hanna Jensen (GER) with EH Clara.
The CCIP2*-L class for ponies was dominated by German riders. The best of them was Jule Krueger riding Mas Que Dos.
The national one-star class win went to Miroslav Trunda (CZE) with Teqila Ruf. Jule Krueger (GER) with Hulingshofs Winchester was the best in CNC L. The best result of the CNC L18 class was of Julia Kałużyńska (POL) with Kalma. The easiest class of the show – CNC LL – went to Eliška Orctova (CZE) with Kirea.
Click here for results.
More Insanity on Horse Nation >>