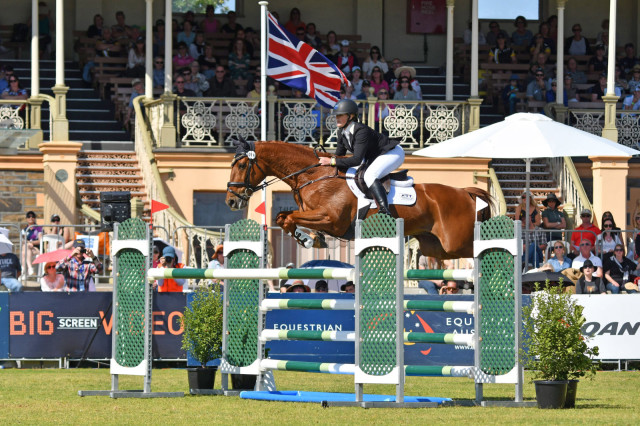 Hazel Shannon and Clifford at Adelaide 2016. Photo by Julie Wilson/FEI.

Entries for the Australian International Three-Day Event at Adelaide have been released, with 21 combinations slated to come forward for the Mitsubishi Motors CCI4* on Nov. 16-19, 2017, the final four-star of the year.

Hazel Shannon and Clifford, who won the CCI4* in 2016, return to defend their title and will definitely be strong contenders for a repeat win. Since winning Adelaide, Hazel and Clifford have finished no lower than second in four completed international runs. Their dressage average is hovering right on the 50-penalty barrier in 2017, and they most recently scored a personal best of 45.1 when they won the Lynton CIC3* at Goulburn.

While Clarke and Balmoral Sensation haven’t scored in the 30s since early in the 2016 season, they have all the pieces to deliver in all three phases. The horse is an especially strong show jumper, with only one rail on his international record since 2013. They finished third at Adelaide in 2015 and will look to improve on that result.

Sonja Johnson will return with 17-year-old Parkiarrup Illicit Liaison for the fifth time in the CCI4* at Adelaide. They have finished in the top 10 three times and came close to winning in 2011 when an unfortunate rail in show jumping saw them settle for second place. These two most recently won the Wooroloo CIC3* in August.