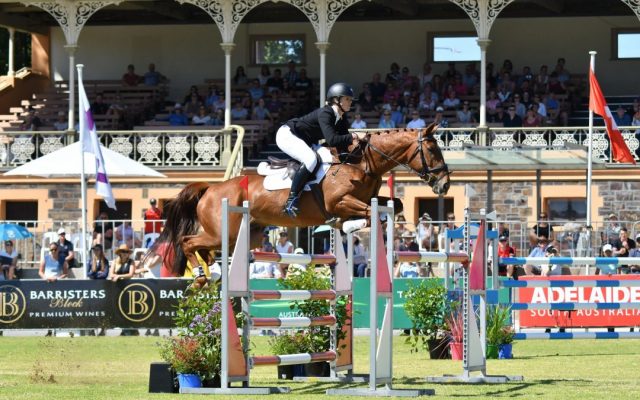 Hazel Shannon and Willingapark Clifford made history Sunday at the Australian International Three-Day Event when they became the first pair to pick up a second CCI4* win at Adelaide (2016 & 2018).

Girl power has bee the theme of 2018 (Ros Canter, double world champion; Jonelle Price, back-to-back four-star winner), and Hazel continued the trend at Adelaide, leading the charge of the first ever all-female top ten in a CCI4*.

“It feels great, as good as the first time,” Hazel said. “I’m still in disbelief.  Willingapark Clifford performs best when he’s fresh, and he loves Adelaide.”

In second place after cross country, Hazel and Terrence Snow’s 13-year-old Thoroughbred had two poles down, making Hazel the fourth rider to ever have 8 penalties in the final phase of a four-star and still win. They finish on a score of 59.5. 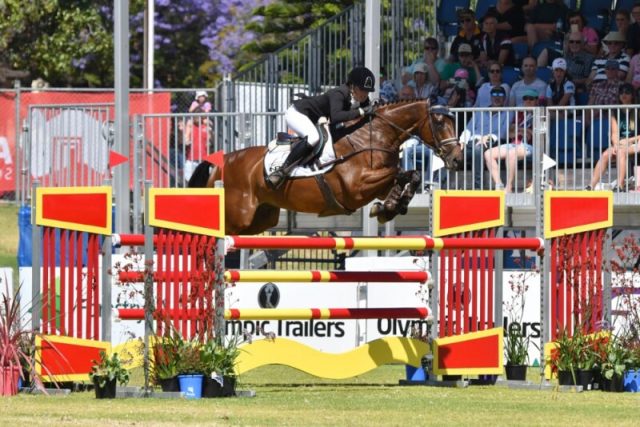 Overnight leader and CCI4* first-timer Amanda Pottinger had four down with Just Kidding, a 12-year-old Thoroughbred (Fusaichi Pegasus x Gypsy Princess, by Sadler’s Wells) owned by the Pottinger family. She ended in second place on a final result of 63.2.

Two rails and three time penalties moved Sonja Johnson and Misty Isle Valentino, a 10-year-old Arabian Warmblood (Tani Mani Dances With Wolves x Valuka, by Stirling Lukas) owned by the rider and Phoebe Johnson into third. They had a final score of 78.8.

Of the 24 starters, 11 — all women — finished the Australian four-star. Emily Gray and Jocular vision were 4th after having two down and five time penalties (80.3), and Hayley Frielick was fifth with Class Action JP on 90.3. 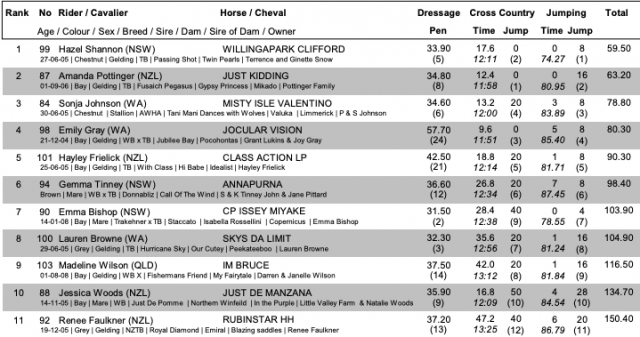