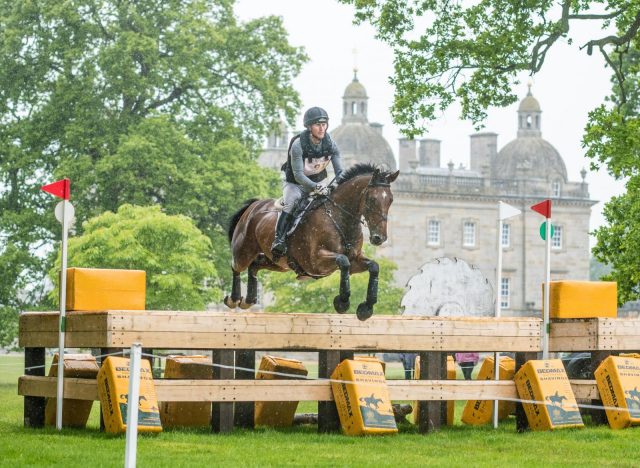 Prolific British five-star horse Coolys Luxury has been retired from the top level of competition in a difficult decision by long-time rider Tom Crisp. The eighteen-year-old Irish Sport Horse (Olympic Lux x Tell Me Sunshine, by Glen Bar) had been aimed for a final season in 2020, contesting CCI4*-S classes and the Event Rider Masters series, but the logistical complications of the COVID-19 pandemic, and the increasing pressure it puts on owners, too, precluded the opportunity to bow out over the course of the year.

Tom made the announcement during what would have been the 2020 renewal of the Land Rover Burghley Horse Trials, an event that Cooly completed four times, finishing in the top twenty thrice.

“I share this memory of not just a great event we are missing this year but also one the greatest horses I’ve ever had the privilege to ride,” said Tom in a statement. “Unfortunately this wasn’t the year to go out with a flurry, with big plans to contend the ERM series and high profile 4* shorts and a shot at our 6th Burghley, which all fell victim to the pandemic. That partly led to the loss of funding, sponsorship and his syndicate support too.

“So the time has come to officially retire him from top level competition. A tough decision but made easier knowing he is fit and well and he stays on with me here at Team Crisp. Being Burghley week it seemed appropriate as he had competed 5 times here, 3 in the prize money and almost making a lifetime goal of top ten to finish 11th!

“He always put a smile on your face even when he wasn’t doing what he was supposed to be. He remains endlessly enthusiastic to please and always so happy to just be out!

It’s not all bad as he will continue to enjoy his competing with a talented young rider and in-house working pupil, Charlie Pincus, in amongst the under 18’s. We will be supporting them both from the sidelines and hope he gives him as much fun and awesomeness as he gave me!

“Massive thank you to Cooly himself, who never gave up and against many odds proved many wrong. Everybody who has supported us over the years from David and Clare Corney gifting me the horse to Andy Bathe for keeping him well, Amy Akehurst for looking after him and all the Syndicate members and owners for allowing me to do what we both loved doing. A real end of an era.” 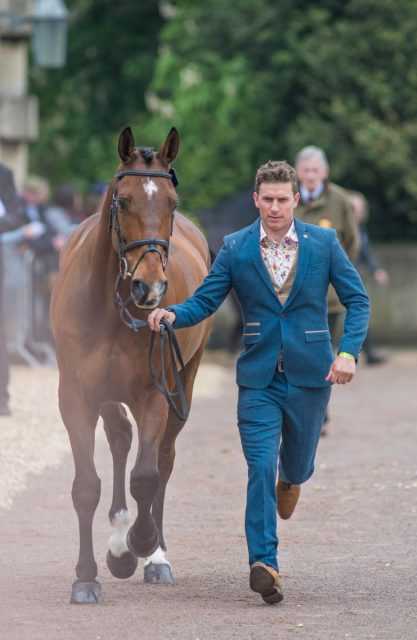 Cooly was produced to two-star (now three-star) by Jo Rimmer, and initially bought for Tom to ride by David Corney. Later on, when the Corneys retired from the sport, they offered him to Tom rather than cashing in by selling the horse. A syndicate formed to take on the running costs of the prolific competitor — first dubbed the Swift Syndicate, then the Luxury Syndicate. The gelding would provide plenty of fun for his stakeholders: he competed at Burghley five times, finishing 11th in 2014, and jumped clear at Pau and Luhmühlen, too. In 2018, they finished in the top twenty at Badminton, winning the Lawrence Rook trophy for the highest-placed first-time British completion after a few thwarted attempts.

“The first time we completed Badminton after a few shots at it was so special. Being in the main ring there, accepting a trophy from Princess Anne, it felt like finally laying those ghosts to rest,” remembers Tom. “I’d made it so much harder for myself, having fallen at the Vicarage Vee one year, and a couple of early, silly refusals with the horse not quite on form other times, and so I felt like I could never do it on him — but it was the last big European one that we needed to tick off. We’d done Pau, Luhmühlen, and, of course, four or five Burghleys.”

Throughout his career, Cooly became known as something of a Burghley specialist after producing clear, capable rounds year after year.

“I don’t know why [it suits him], because Burghley’s the most physically demanding five-star, and he doesn’t have a lot of blood,” says Tom. “He’d have to work harder than most to sustain the distance on a track like that — but I think he suits the time of year. He’s a horse who always seems to come together more in the autumn than he does in the spring.”

“More than that, though, it’s just the will and the want to do it. Even now, he loves his job. That’s so endearing; even when he’s naughty, he puts a smile on your face because it’s that he’s overenthusiastic. He always has been — to get him to the point where he’s focused and channelled has taken until his eighteenth year! Finally, I’ve been getting my best dressage tests out of him — if you look back, we’ve had some real corkers. I spoke to Jo [Rimmer] and she told me that he was six before she could even get him to trot in a dressage ring; he’d just canter around and be an idiot, instead. He’s a horse who I wish I could go back years with, knowing what I know now.” 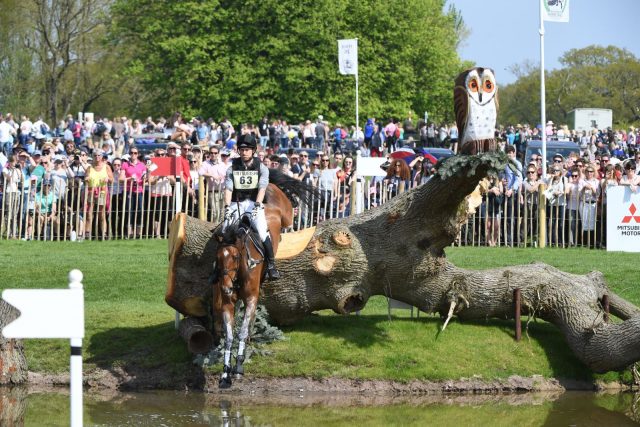 Tom took the ride on Cooly when the horse was nine, and they finished tenth at Houghton Hall CCI4*-S — just their second competition together, and the horse’s first time at the level. By then, Tom was getting a sense of the horse’s strengths — and where he might need some extra help, too.

“He was always a horse who jumped first and thought later — he always said, ‘let me at it!’ It took a while to focus that energy and get him to look at his technique so he could be managed and it could be controlled a bit better. He’s a naturally huge-striding horse, too, so he found it quite difficult to shorten that for a long time. Even now, I’ve never ridden a horse with quite that gallop. He’s so powerful, but it’s not efficient — he’s always had to work so hard to be anywhere near the time at Burghley. But he has the biggest, scopiest jump — he could so happily leave strides out.” 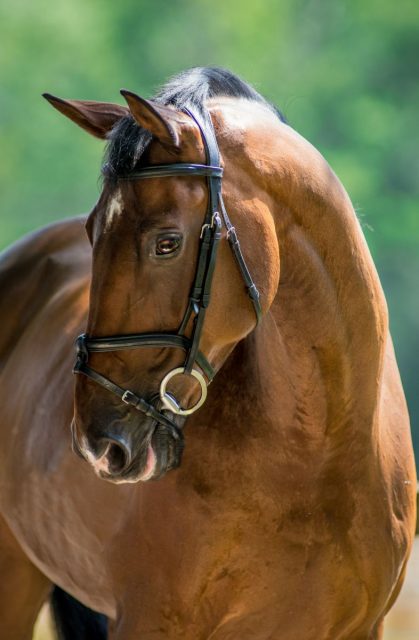 Despite the ease with which Cooly would have tackled the 2020 season, the ongoing ramifications of the pandemic put his syndicate in a precarious position, and left Tom with two options: either find a way to gather the considerable sum needed to keep him going for another year, and take the risk of running a 19-year-old, or step him down at his best.

Though the decision to retire a competitive partner when there’s more to come is an achingly difficult one, Tom’s confident in his choice — particularly as he’s found a way to keep Cooly busy doing what he enjoys while providing a golden opportunity for someone else.

17-year-old Charlie Pincus was delighted when he was offered the chance to help out on Tom’s Sussex yard earlier this year, which is run by head girl Amy Akehurst. He fit in quickly with the team, pitching in to help with everything that needed doing around the farm. In him, Tom spotted something familiar — the desire to work, to contribute, and to learn that has been such an essential part of his own DNA. An embryonic idea turned into something tangible, and Charlie was offered the extraordinary opportunity to pilot Cooly around the lower-to-middling levels, allowing him to gain experience while giving the horse a slightly less intense way to enjoy the sport in his twilight years.

“It feels right. I can manage him and look after him forever, which I owe to him, and he’ll thoroughly enjoy having a few more years to go out without the rigour of being five-star fit,” says Tom. 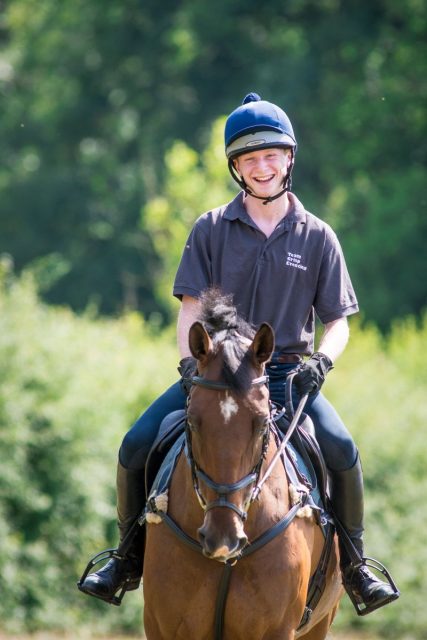 For Charlie, for whom the opportunity to come help out on Tom’s yard was exciting enough, this is something of a fairytale.

“I never expected this,” he says with a grin, “but it’s amazing!”

Charlie, who competed his own Fernhill Star Vision at BE100 last season, will tackle the under-18 classes with Cooly and hopes to gain experience through the levels. Cooly will stay at Tom’s yard and the pair will train under his tuition, giving him peace of mind that his horse of a lifetime is in the best possible hands.

“Charlie never imagined he’d come away from work experience with the ride on Cooly, and neither did I, to be honest,” he says philosophically. “But I always said to myself, if I was ever in a position to help someone, I would — I want the people I help to be better than me; I don’t want to keep them down there and shit on them to make myself feel good. There’s too much of that that goes on. But the sport’s tough enough as it is.”

“It’s just the feeling he gives — he’s fun to ride. Some horses you get on and it’s a chore, but he’s fun to ride and he enjoys his work. It’s easy to work with characters like that — they come out every day wanting to do it. The sport’s hard on them, but he wouldn’t want it any other way. I’ve had a partnership with him for so long, and you don’t get many of those at that level — we know each other’s quirks and habits, and we know where each other are at. That trust and partnership is something special.”

Now, as Tom looks ahead to the seasons to come with his string of horses — spearheaded by 5* homebred Liberty and Glory — he’ll take the lessons he learned with Cooly on for the ride.

“He taught me not to give up — with the Badminton thing particularly. The sport will always ask you questions you’re not sure you can answer, but he taught me that you just have to keep trying. You can find workarounds for your limitations.”