“The Princess Bride” is a cult classic film adapted from William Goldman’s novel of the same name. If you grew up in the 90s, you saw the movie too many times to count and likely memorized a string of quotable lines from its endearing characters: the brave romantic hero Westley, beautiful Princess Buttercup, the friendly giant Fezzik and his partner in crime, the indefatigable Inigo Montoya, brilliantly portrayed by actor Mandy Patinkin.

So when a horse named Inigo Montoya left the start box at The Fork Horse Trials last week, myself and several others couldn’t help but throw out a few heartfelt phrases from the movie. I got such a kick out of it, I figured we just had to catch up with this horse and rider pair to learn more about their partnership and how the name came about. 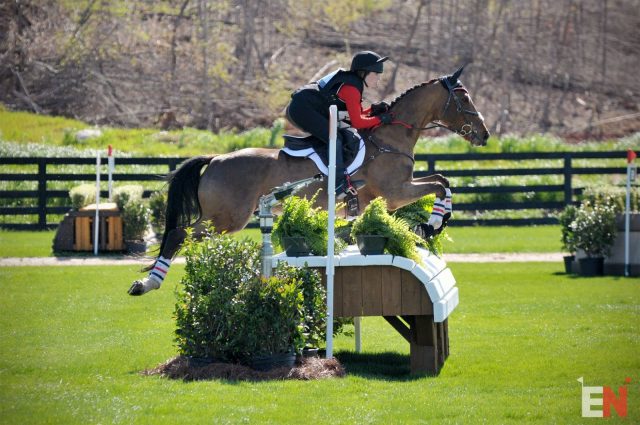 Inigo Montoya is a 7-year-old Thoroughbred gelding owned and ridden by 17-year-old Ava Cox of Seattle, Wa. Ava met “Amigo” last year when she had gone to California in search of her next horse. “I was looking for a young one to bring up. We had talked about getting a horse that was already doing a one-star and had been there, done that. But I had just sold a packer I purchased when I was younger and I wanted to get something young without a lot of miles,” Ava said.

“We didn’t even know about Amigo. We went to dinner with a friend and she mentioned a horse that might be for sale. It was a last minute look and almost didn’t happen.”

It was a perfect match right from the start. “When I rode him it just felt right. We meshed really well,” Ava said. “He got me and I got him. Our of probably ten horses we tried, he was the one. He’s so sweet and has the best personality. I think we just got along really well right from the get go.”

They ran Novice at The Event at Rebecca Farm last summer and then competed at Training for the rest of the year. Ava traveled East with her trainer Jordan Linstedt, who is prepping for Rolex Kentucky, and has enjoyed competing and taking lessons in a new area of the eventing nation. At The Fork, they took the opportunity to run the new Modified level instead of skipping ahead to Preliminary. 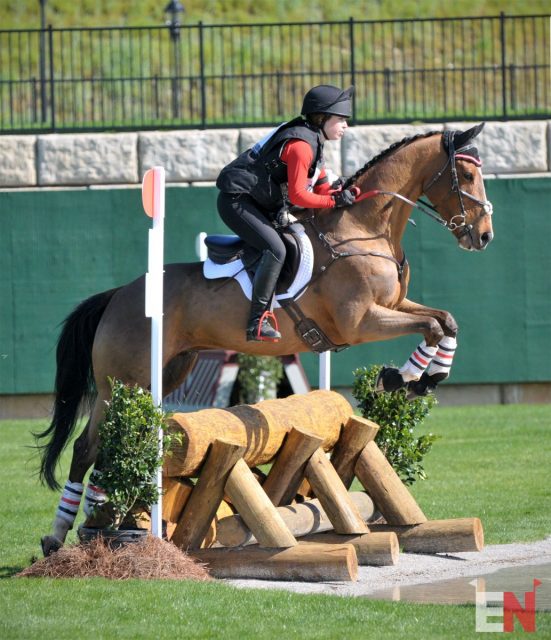 “I have kind of become a little bit of a backed off rider and always looking for another stride. Because he’s young I feel like I need to get him to the fence on a perfect stride so I’m a little more controlling,” she said. “The biggest thing is me trusting him to go to the fences, and doing the Modified at Tryon was the first time I was able to do that. Even though the fences were bigger, he was a different horse and paying attention to where he was putting his feet.

“Modified was by far the best decision I could have made because it showed me what I need to be ready for for Preliminary. It was a really good balance between technicality and fence height. I’m really happy with how it turned out and I hope there will be modified levels on the West Coast in the future.”

Ava said she doesn’t want to jeopardize Amigo’s confidence by moving up too soon, so she will continue running Training and Modified where possible with the hope of moving up later this year. “I’d love to go to NAJYRC but I’m not going to change my training with him to meet a goal like that. If he’s ready he’ll move up, but if not there’s no harm. I’m not in a rush.”

As for Amigo’s clever competition name, Ava credits her dad for coming up with it. “He loves that movie,” she laughed. “I didn’t want to name him after a movie but it stuck. I had told my dad he could have first choice on a name and he was so happy when I told him I’d name him (Inigo Montoya).”

Inigo Montoya the character is brave and fiercely loyal to his friends and family. Ava said the name suits her horse perfectly. “He’s such a brave, confident horse. On course he always takes care of me and back at the barn he just wants to hang out with me and cuddle.”

We wish Ava and Amigo the best of luck, and if you see them at a competition be sure to say, “Hello!”