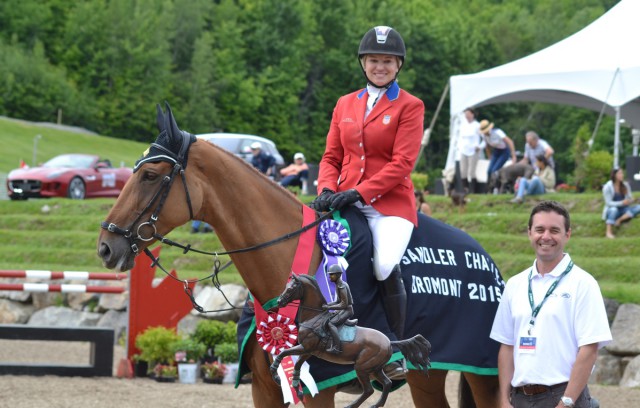 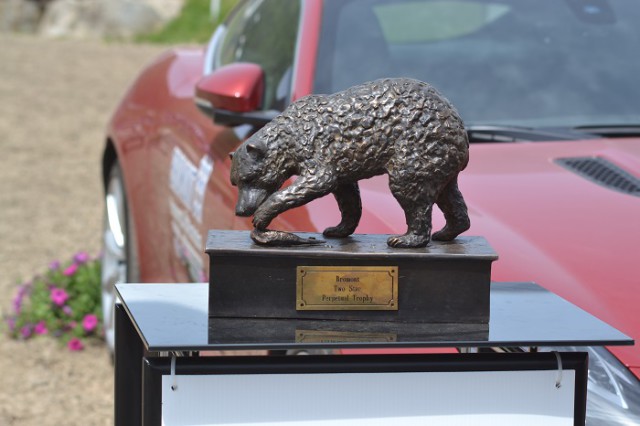 …and by the end of the afternoon she and RF Demeter had won him a little friend. 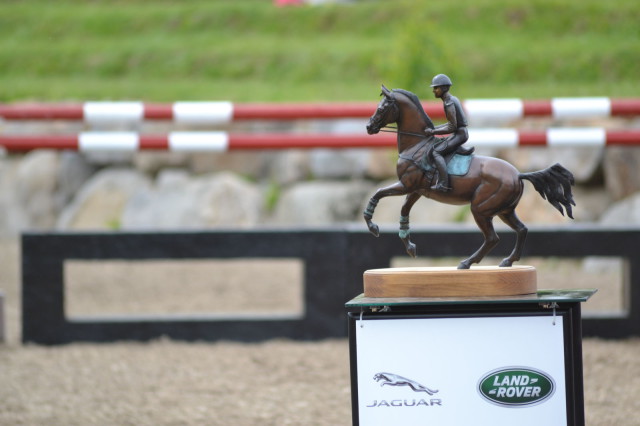 “This qualifies as a really good day,” Marilyn said after her round. “In this sport there are a lot of different days, and this is a good one.”

Unlike the CCI2*, which Marilyn led from start to finish on RF Overdressed, Marilyn wasn’t in the tip-top spot when she cantered into the show jumping arena. She was in second but certainly within striking distance, being just half a point away from cross-country leaders Emily Beshear and Shame on the Moon.

Rails were flying throughout the CCI3* division — there wasn’t a single clear round. Marc Donovan’s course was a test of the horses’ ability to rebound after a taxing cross-country day and several of the horses were clearly not on their usual game. The issues weren’t at any one fence but scattered evenly around the course, which had a beautiful, forward flow but reprimanded even little mistakes. 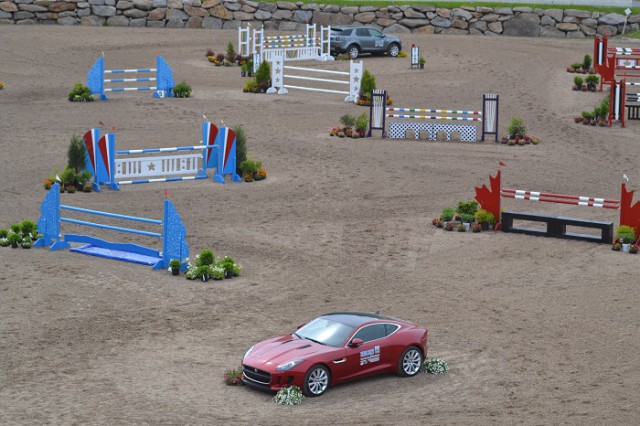 Marilyn explains that while her mare is usually very sharp on Sunday, she felt a little tired today and didn’t quite get her toes clear of the vertical skinny. They emerged from the ring with four jump faults in hand, leaving Emily a bit of breathing room. When Emily and “Delta” pulled two rails, however, Marilyn and Demi switched places: Marilyn in first, Emily in second.

Marilyn describes Demi as sound, tough and brave — a “once in a lifetime horse” — and says she is thrilled that her horse finally got her moment in the sun. “I’m surprised this is her first win,” Marilyn says. “It’s always just been one thing or another, or me, that’s kept her out of the winner’s circle … maybe this will break the ice.” 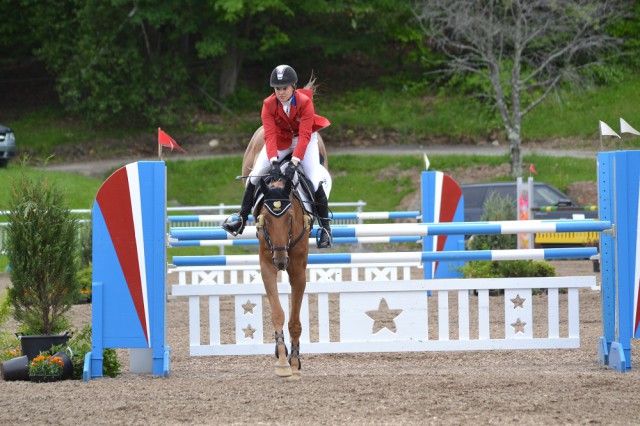 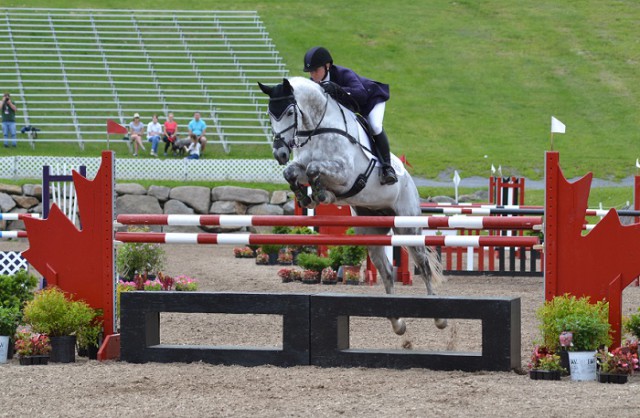 The rest of the pack got a good shuffle as well. Waylon Roberts and Kelecyn Cognac moved from fourth to third on a four-fault round, with third-placed Matthew Brown and Super Socks BCF dropping to sixth after pulling three rails.

Jenny Caras, the talented 19-year-old making her CCI3* debut we featured earlier this week, jumped her way up the scoreboard from being 14th after dressage to fourth place overall. She and Fernhill Fortitude had a clear cross-country trip that was darn near optimum time, just 1.2 time faults over, and a four-fault round today. The future is blindingly bright for this class pair. 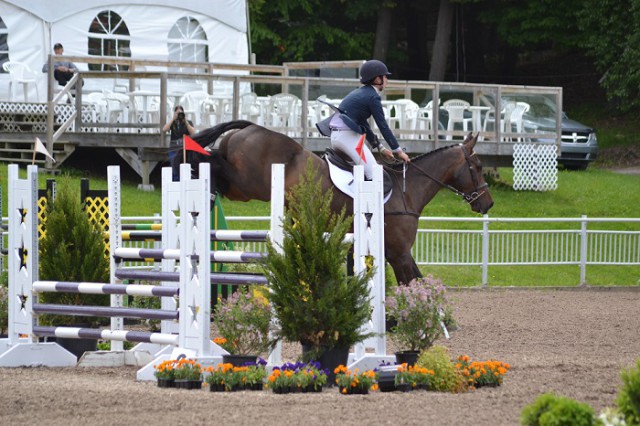 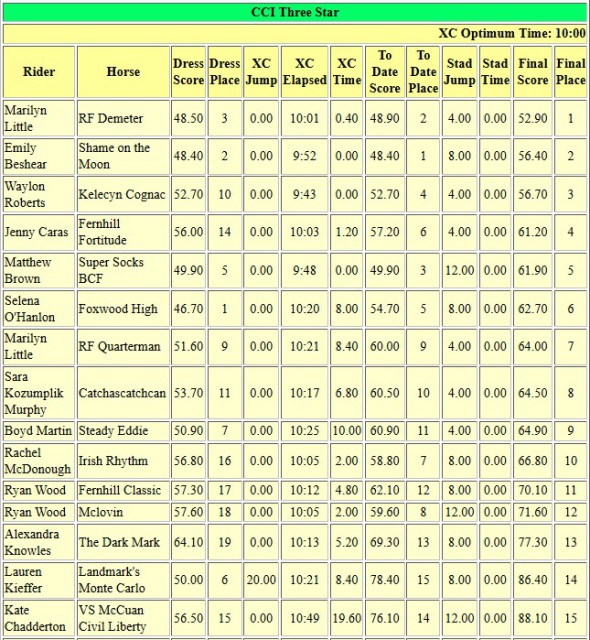 That’s a wrap for Bromont 2015. We’ll be bringing you some odds and ends over the next few days, including an impending announcement about the Canadian Pan-Am Games squad, but for now we’re signing out. Congrats to all of this weekend’s competitors and here’s wishing everyone a safe journey home.