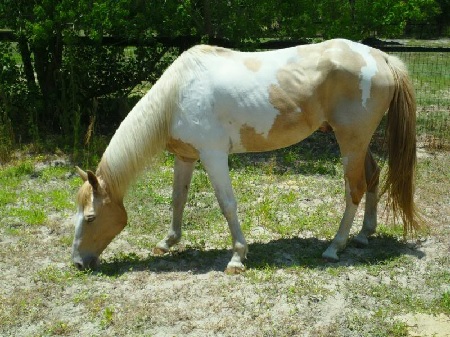 A federal appeals court has lifted a temporary ban on U.S. horse slaughter, meaning that companies in New Mexico and Missouri could open within a few weeks.  Domestic horse slaughter has been banned since 2007, when federal funding for equine meat inspection was eliminated.  A 2011 bill restored funding for inspections, and this summer three slaughterhouses sought to resume production after being granted permits by the USDA.

Animal protection groups tried to block the opening of the plants, asserting that they did not obtain permits in the proper manner.  On Friday, the 10th U.S. Circuit Court of Appeals in Denver ruled that the US Department of Ag followed proper procedure in issuing the permits.  The order lifts the case’s emergency status, and it will likely be months before a final decision is reached.  Valley Meat Co. (NM) and Rains Natural Meats (MO) could agree to remained closed if the animal protection groups agree to pay for the companies’ losses during that time.  The companies could be ready to open within two weeks.

Horse slaughter is a very controversial topic.  It seems morally wrong to many people, yet the simple fact is that there is a demand for processed horses.  While slaughter has been closed in the US, tens of thousands of horses have endured grueling transport to Mexico or Canada.  And thousands of other unwanted horses have suffered starvation and neglect.  Is it better to have them end up in federally regulated plants in the US, than end up starved or at inhumane facilities in Mexico?  But at the same time, horse owners worry that their backyard pet could end up in the wrong hands, or stolen, and on a dinner plate.  The idea of eating horses is does not sit well with most American stomachs, and it’s hard to look into a horse’s eyes and even contemplate the thought of death for profit. There is no easy answer to this problem.