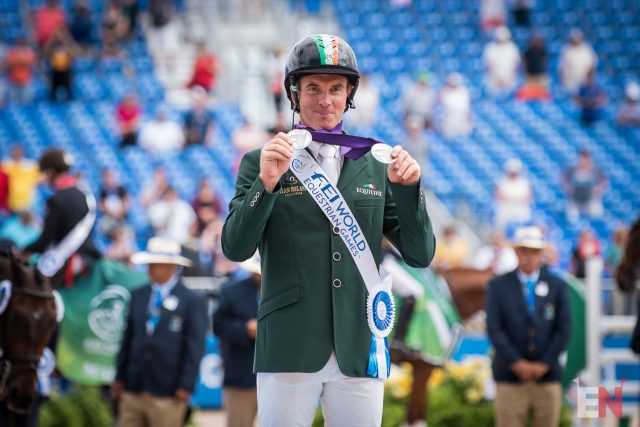 Horse Sport Ireland has released its longlist of 14 horse-and-rider combinations for the forthcoming FEI World Championships of Eventing, set to be held September 14-18 in Pratoni del Vivaro, Italy. The team will head to Rome in the hopes of replicating their exceptional run at the 2018 World Equestrian Games in Tryon, which saw them take silver, as well as earning an individual silver medal for Padraig McCarthy and the since-retired Mr Chunky. 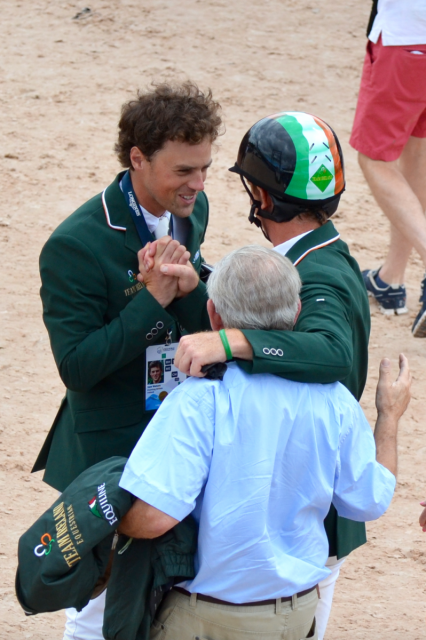 Sam Watson congratulates Padraig McCarthy and owner Christopher Perkins after his clear round at the 2018 WEG. Photo by Leslie Wylie.

Though this longlist sees several of 2018’s team riders return – Padraig is named with two five-star mounts, while Sam Watson has been put forward with the very blood Ballybolger Talisman, who certainly has the stamina and pace for Pratoni’s hills – just one of the horses we saw then is still going strong. Cathal Daniels’s Rioghan Rua, who followed up that 2018 team silver with individual bronze at the following year’s European Championships, is one of four horses named for the rider.

The final team of four, plus one individual rider, is set to be announced on August 29th. The named horses and riders are as follows: