As Ema Klugman navigates her way through law school and a professional riding career, she’s taking us along for the ride. You can catch up on previous editions of this column here. 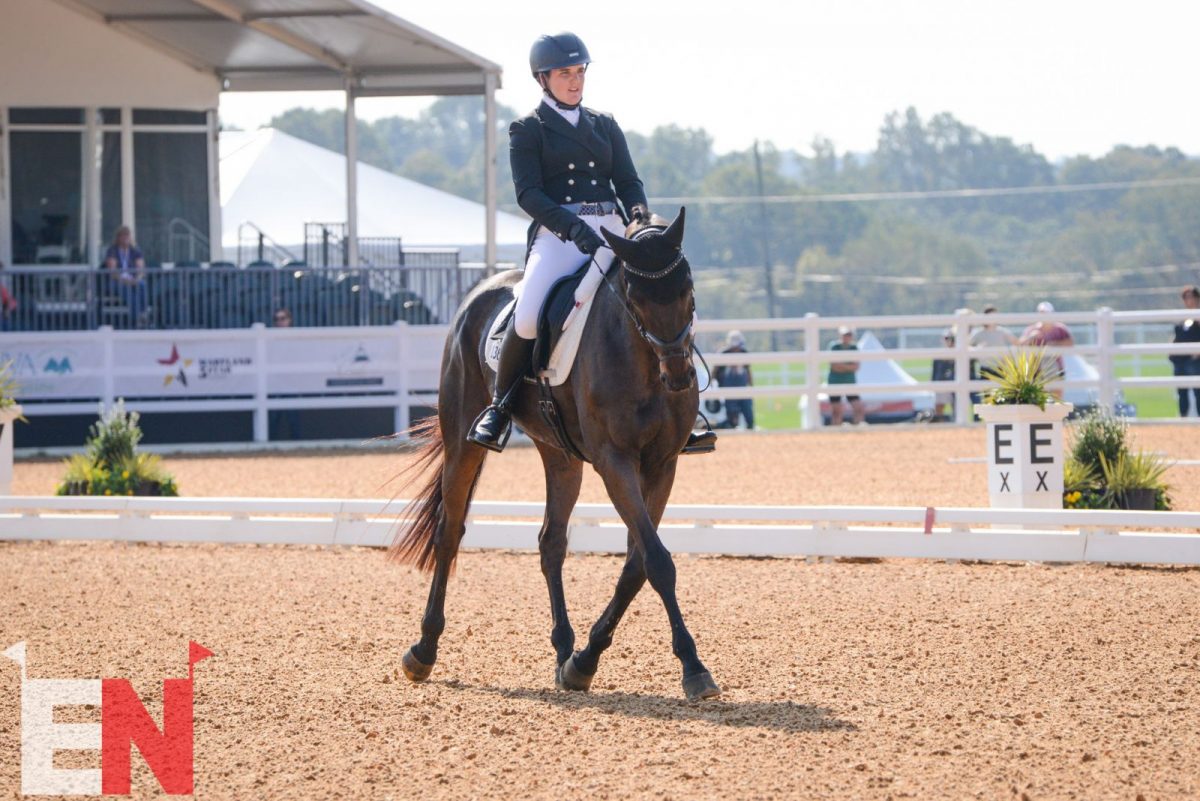 I had a conversation with a friend and fellow law student a few weeks ago that got me thinking about standards and goals. We get along really well because we respect each other, and we try to learn from each other’s life experiences. She doesn’t ride horses but she loves to hear about my riding and my goals, and we often trade stories. She said something recently that surprised me: “I’m wary of perfectionists. I don’t trust them. I used to be one.”

She went on to say that the problem with perfectionism is that it is a bit of a cop-out. Perfectionists are shooting for infinity; they are trying to achieve the unattainable. In doing so, she explained, they lack standards. It’s a paradox, of course, because we think of perfectionists as having the highest standards. But in a way they don’t have standards at all, because their bar is always higher than what’s possible to reach.

Perfectionism is moving the target after you squeeze the trigger. It is dishonest and counterproductive to expect complete excellence when the majority of your work is good. Producing young horses has taught me this. The “perfect” is so often the enemy of the good with horses, especially in the context of developing their strength.

My late riding coach used to say “the medium trot is at maximum going to be a seven right now, so don’t make it a four by trying to make it a nine.” What he meant was to know the horse’s capacities at the time, and not try to surpass them by trying to create more than what was possible. He didn’t mean that we couldn’t be aspirational — he meant that at some point, the medium trot probably could be an eight or nine. But at that stage, going for more was just going to make the horse lose its rhythm or break to canter or become nervous. It would be like making a gymnast do triple backflips when they had only just learned how to do a single one. Successive steps lead to confidence and strength. Skipping steps to leap to the top, to achieve the “perfect,” is not a reliable method.

Perfectionism is the absence of standard. Standards are definable, specific goals that are achievable. High standards entail connecting an entire network of specific subsidiary goals. When we set a high standard, the path to get there should look more like a map than it a thesis statement.

Let’s say my goal is to ride at another five-star in the next two years. To do that, I have to compete every month or two weeks. To do that, I have to ride six times a week. And in each ride with each horse, I have goals of X, Y, and Z that I try to achieve. If those goals aren’t met on that day, I have to regroup and see how today’s work will help tomorrow, or how I can make tomorrow more successful than today. It’s a network of goals. It’s very specific, defined, and multitiered, and it involves two living beings that are not robots or machines.

Perfectionism is blind to these intermediary steps. It is an attempt to shortcut the process of hitting targets and staying on course, and in effect it glamorizes what should be a down and dirty process.

In graduate school, we are urged to spend a lot of time thinking about professional development. They tell us that there is a whole scheme of skills we need to learn that cannot be found in a textbook. One of them is grit. At the end of the semester, we read an article that discussed grit and growth. To my surprise, I had never actually defined these terms in my own head or read their definitions anywhere. Gerkman and Hogan define grit as “perseverance and passion for long term goals” and the growth mindset as “basic abilities can be developed through dedication and hard work.”

Law students are an intense bunch. You make a mistake and you are suddenly behind the curve. But if you put in the hours, the dedication, and the hard work, and you can grow. It is easier to do this in school when the steps are outlined for you, and the path is already set.

Horses don’t come with such playbooks. In school, by contrast, the building blocks of required classes mean that there really is structure to develop basic skills. The harder part is creating one’s own building blocks to suit the long term goals, and having confidence to stay the course. By design, we can’t be perfect, where no mistakes are made and nothing goes wrong. But we can have grit and perseverance for long term goals.

No horse comes with a syllabus. There is no chapter by chapter, unit by unit, concept by concept formula that produces a horse. There are boxes to check, for sure, and a training scale to follow, and general rules of thumb we would be remiss in forgetting.

But we should never overlook the fact that we are the custodians of their stories, the writers of their chapters, the structurers of their standards and goals. Being wary of perfectionism is important as we write their scripts.