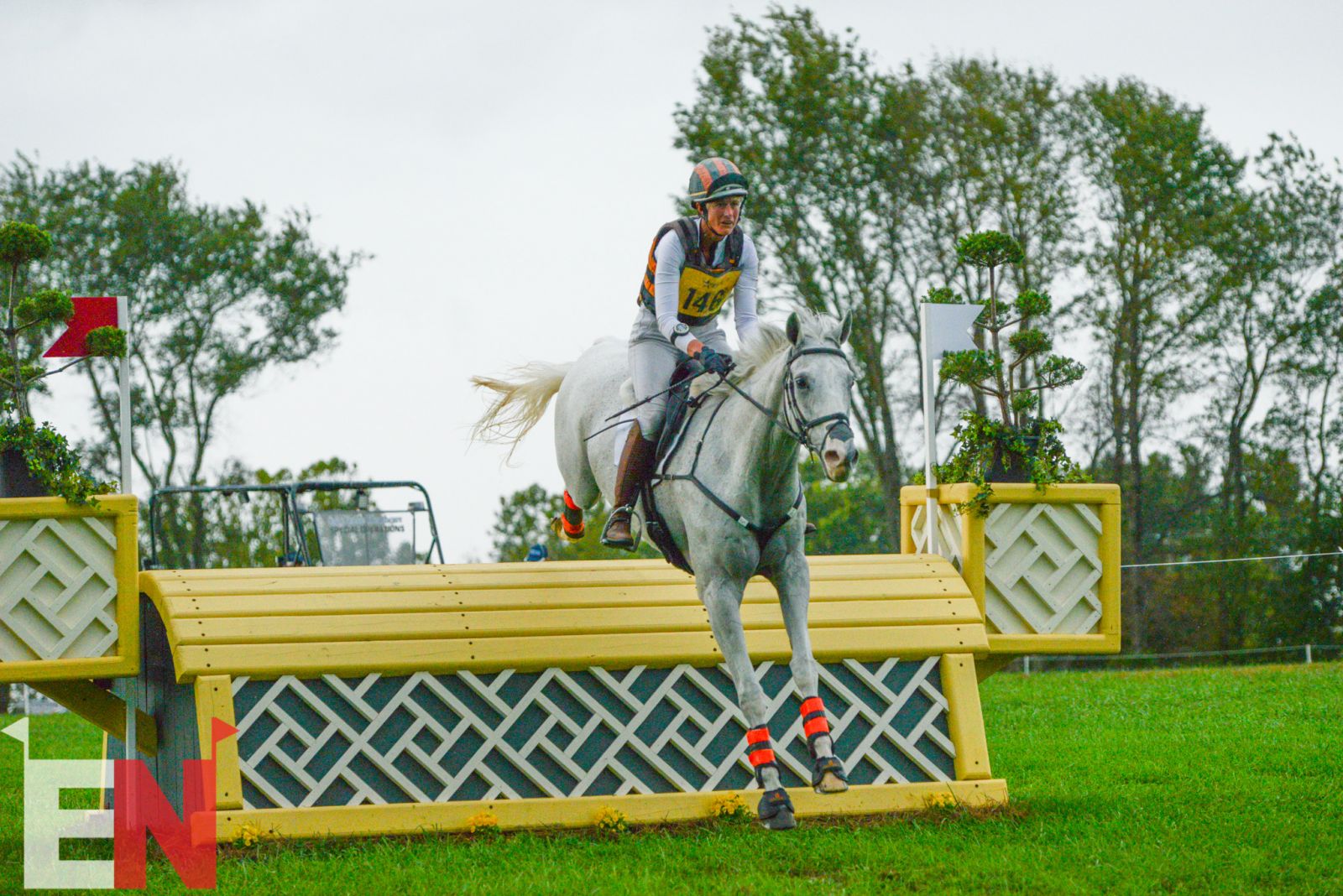 You’ve most likely seen FLAIR Equine Nasal Strips on many event horses you’ve watched, especially out on cross country. Have you ever wondered exactly how these strips help a horse? It helps to first learn about the horse’s respiratory system, which differs from our own in a few ways. FLAIR Strips are beneficial for horses at all levels of competition — not just the 5* level! — and you can learn more or purchase your own pack here. 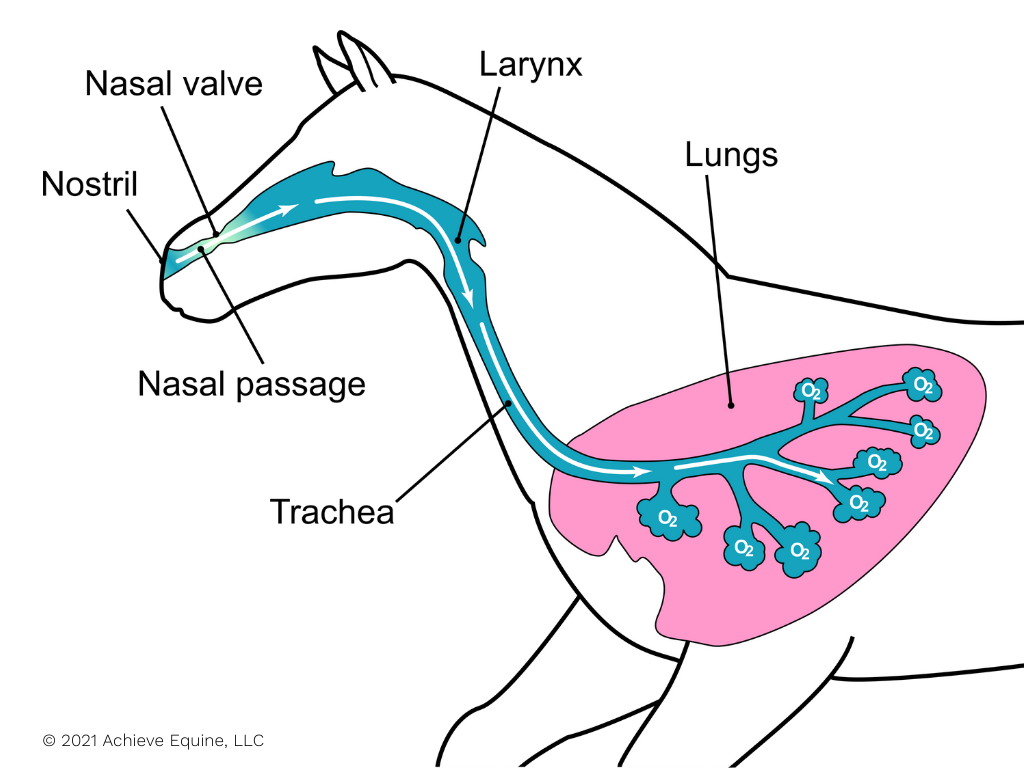 Unlike humans, horses only breathe through their noses during intensive exercise. 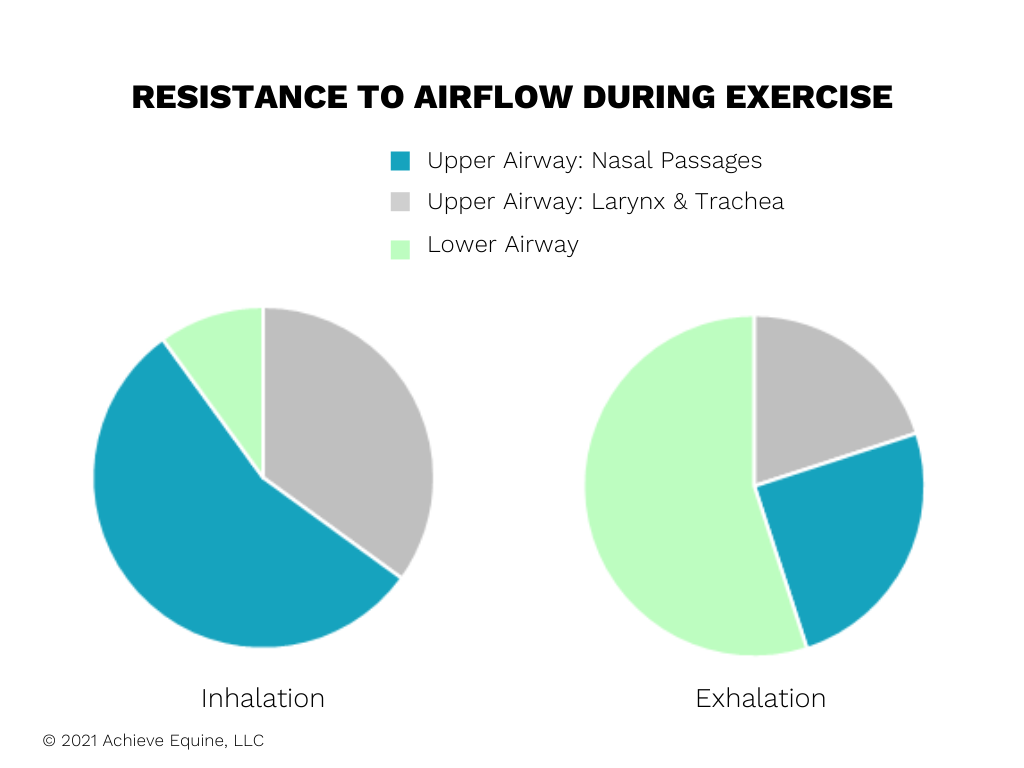 When a horse breathes in during exercise, over 50% of the resistance to airflow is in the nasal passages.

During exercise, resistance to moving air into the lungs increases. 90% of the resistance occurs in the upper airways and over half of that occurs in the nasal passages. One reason for this is that a significant portion of soft tissue overlying the nasal passages in horses is unsupported by bone or cartilage, including at the narrowest part of the upper airway: the nasal valve. As breathing intensity increases, this unsupported tissue collapses during inhalation, reducing the size of the airway and greatly increasing resistance to airflow. 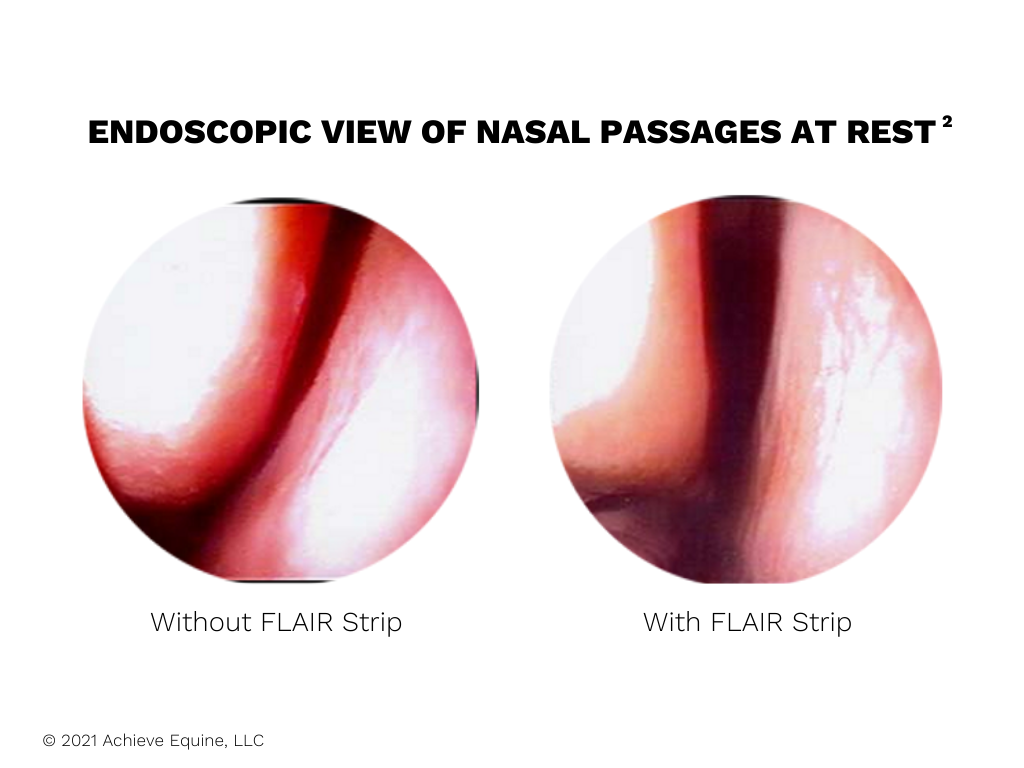 The physics principle of Poiseuille’s law tells us that for each incremental increase in the size of a tube, resistance to flow decreases by 16 fold. FLAIR Strips improve airflow by supporting the nasal passages to reduce the soft tissue collapse that occurs in all horses during inhalation. Using a FLAIR Strip can be compared to drinking from a large, thick straw rather than a regular straw…it’s much easier to get what you need. 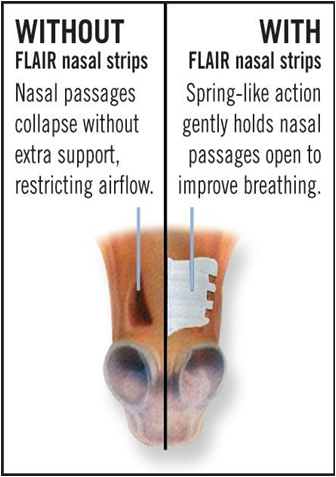