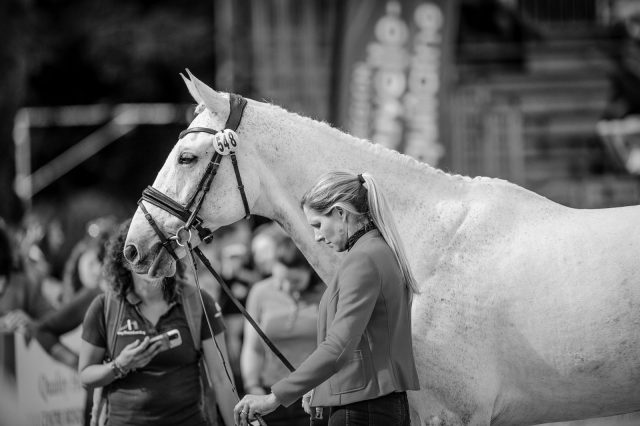 Just 35 horse-and-rider combinations remain in the hunt at Les Etoiles de Pau, France’s only CCI5* and the de facto end of the 2021 European season, after this afternoon’s final horse inspection, which took place in front of the assembled ground jury of Christina Klingspor (SWE), Andrew Bennie (NZL), and Emmanuelle Olier (FRA). That’s one down from our line-up of 36 finishers in yesterday’s influential cross-country phase, a thinning that occurred overnight: Oliver Townend opted to withdraw MHS King Joules, with whom he’d occupied fourth place overnight, after the gelding lost shoes on course and banged a knee on one of the final combinations.

That allowed British debutant and under-25 national champion Bubby Upton to step up into fourth place going into this afternoon’s showjumping, which is set to begin at 14.30 local time/13.30 UK/9.30 a.m. Eastern time. Jonelle Price and McClaren, who dropped from second to sixth place yesterday with their 4.4 time penalties, take their place in the top five, while the home nation now has two combinations in the top ten as Sidney Dufresne and Swing de Perdriat move up from eleventh place. 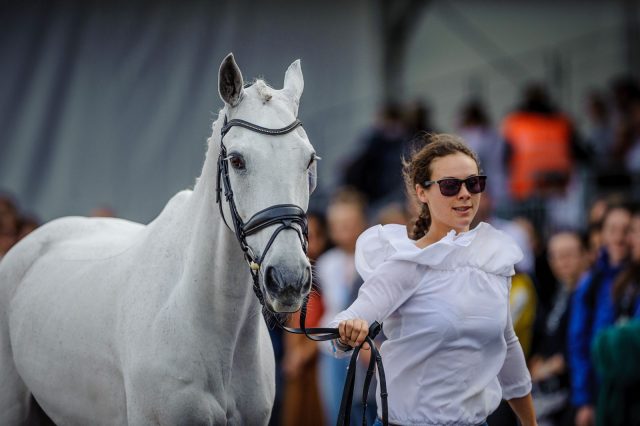 Sofia Sjoborg and DHI Mighty Dwight are the only holds of the morning. Photo by Tilly Berendt.

Otherwise, the inspection was largely drama-free — until, of course, we got to the final combination to present. Sweden’s Sofia Sjoborg and her long-time partner and Junior team mount DHI Mighty Dwight have dazzled so far through their debut at the level, finishing the first phase in sixth place on 26.8 and delivering a sensible, steady clear yesterday to sit 24th overnight, but their week threatened to come to an early close as they were sent to the holding box at the very end of this afternoon’s proceedings. Fortunately, after a re-inspection, they were accepted into the finale and will now showjumping in 23rd place. 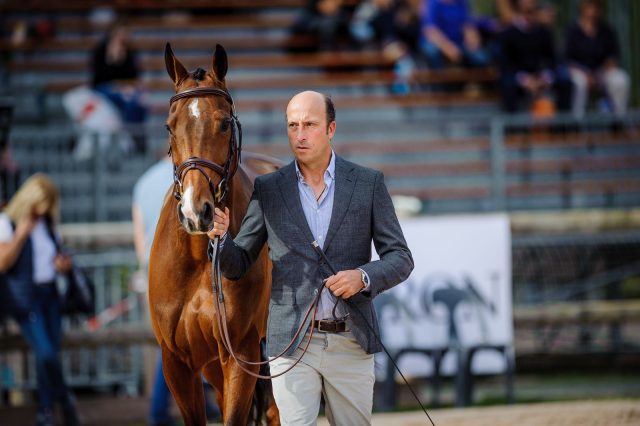 Tim Price must be feeling confident, despite riding a debutant in two-phase leader Falco: Pau always delivers a serious showjumping track, but the gelding is among the best jumpers in the field. He’ll need to be, too; he’s just 2.8 penalties ahead of second-placed Padraig McCarthy and Fallulah, which won’t give him a rail in hand but will give him a meaty seven seconds to play with. He does, though, have a rail in hand over third-placed Kevin McNab and Scuderia 1918 A Best Friend. 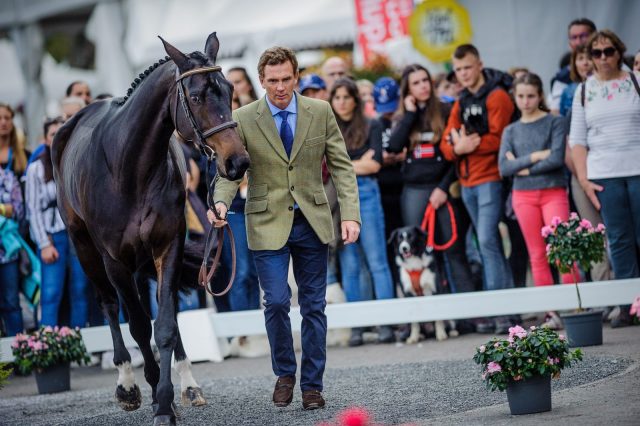 Here’s a reminder of how our top ten looked after cross-country, though before the withdrawal of Oliver Townend and MHS King Joules: 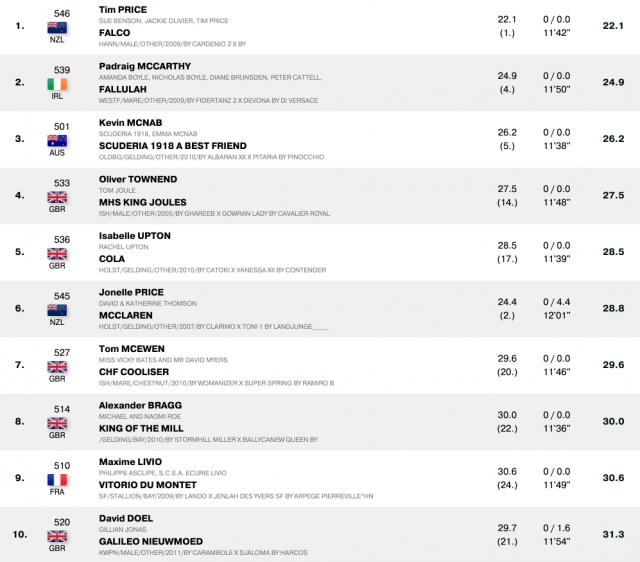 The top ten following cross-country at Les 5 Etoiles de Pau — though MHS King Joules is no longer in the competition, which brings Sidney Dufresne and Swing de Perdriat into the business end of the leaderboard.

And here’s a look at the track our 35 remaining competitors will need to tackle on their way to the top, designed by Yann Royant: 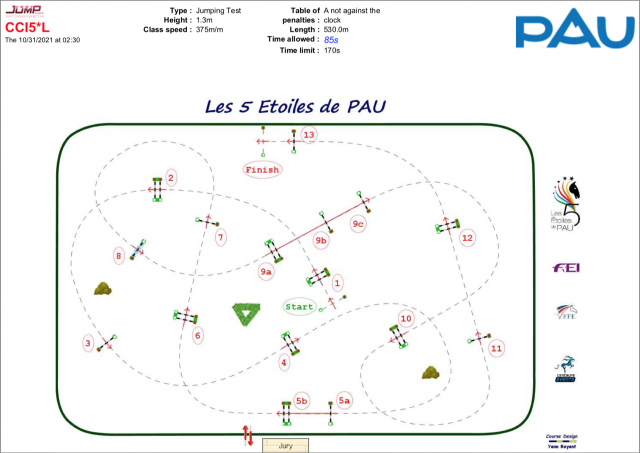 As always, you can follow along on Horse&CountryTV, and check back in for the full report and gallery from this afternoon’s finale later on today. Good luck to all our intrepid competitors and godspeed to you, wine-drinking sports fans. Go Eventing!