One of the major eventing story lines to keep an eye on this year is EN blogger Colleen Rutledge and Shiraz’s quest for the Olympics.  They have officially sent in their Olympic application and all that remains is to jump around Badminton clear, overcome the selectors’ unwillingness to add them to this year’s training list despite a great 2011 season, and stay sound through the summer–I’m not sure which of those three is going to be the hardest.  EN guest writer Mary Getsey Bernier has returned with a fantastic report from Colleen’s recent Badminton fundraiser clinic. I want to echo Mary’s call for support of Colleen–I can’t think of a better representative of our sport to send to England, both for Badminton and the Olympics.
—- 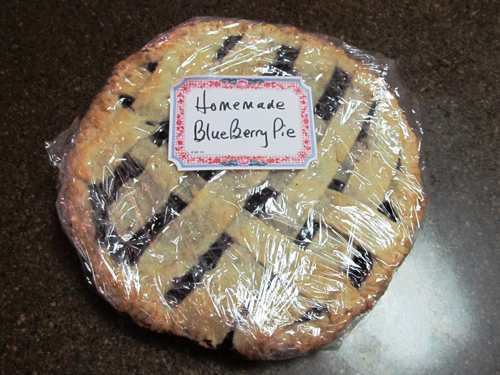 It was as if Colleen Rutledge special-ordered the sunshine, the clear blue skies, and the warm temperatures for her recent clinic held this past weekend at Turnabout Farm, in Mt. Airy, Maryland. And boy, did Mother Nature surely deliver! The bit about the pie and cake follows, but first, the clinic…

For those who may remember, I rode in my first clinic with Colleen Rutledge in January 2012. (See Eventing Nation recap, here) Since January, I’ve been riding at home, practicing what I learned from my last clinic with Colleen. I went from being a horseless rider to acquiring a lease on a horse: a sometimes-surly, but I’m convinced, really-good-guy-deep-down-inside 13 year-old Thoroughbred, coming back into work. Now this in itself presented a new bag of challenges, combined with my re-rider status as someone newly back in the saddle after a riding sabbatical. Rather than beating myself up over my all-too-apparent riding short-comings, I channeled my inner Scarlett O’Hara, brushed the bluestone dust off my boots, and with wilted carrot in-hand, declared to the heavens that “God as my witness,” if I was going to ride my first Beginner Novice competition within the year, I’d better sign up for another clinic with Colleen…and pronto! And before she headed off to The Fork, and to Badminton too!

Colleen Rutledge’s most recent clinic took place this past weekend (March 17th-18th), and it was back to basics for Training, Novice and Beginner Novice-level riders. All the groups started on the flat with ground poles, followed by the classic gymnastic grid. (If there’s anything to fix, it will reveal itself in a grid!) Each clinic level and each horse and rider combination had its own set of challenges to work on. As always, nothing missed Colleen’s watchful eye as she distinguished between what was a training challenge for the horse; or instead, what the rider might be doing to impede the horse’s progress with the exercise. Colleen is one of those amazing people who not only happens to be a talented rider, but also possesses the ability to communicate to the student exactly what is the problem, and what may be done to overcome the training challenge. 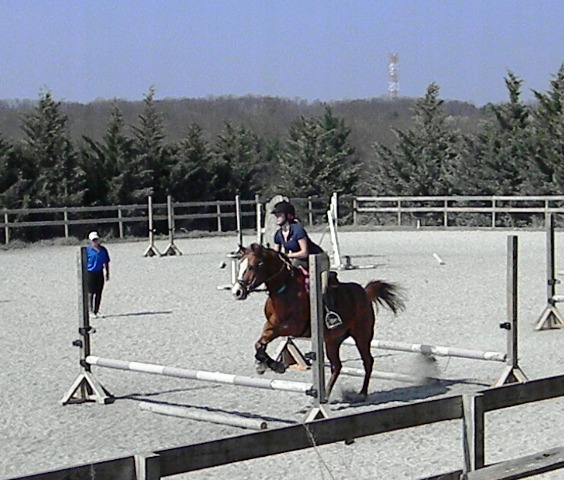 Most of the clinic levels worked with the grid set at the same spacing, with slightly different heights, and with the Training level riders working in an additional fence and a set number of strides between it, and the last rail. It was all very basic-but very fundamental-training. In my Beginner Novice group, our grid involved a ground pole 9 feet away from two low rails, separated by a 10 foot bounce. A 20 foot one-stride led to the next two rails, also separated by a 10 foot bounce. The grid ended with a last 20 foot one-stride to the last two rails out, again, 10 feet apart, with last pole set 9 feet away on the landing side of the final rail. See the video)

By the end of the clinic, it was understood the basics don’t change through the levels: balance, rhythm, straight, and forward. Hone those key ingredients, and you’ll ride it out as it should be done! Never underestimate the training power of a seemingly-simple grid.

Whether she planned it or not, Colleen exercised us well enough so that by the end of the session, everyone had worked up a sizeable appetite for what followed the clinic: dinner! After the last clinic on Sunday, everyone gathered at Lohr’s Family Restaurant in Frederick, Maryland for the “Colleen Rutledge Eventing Badminton Fundraiser Dinner.” 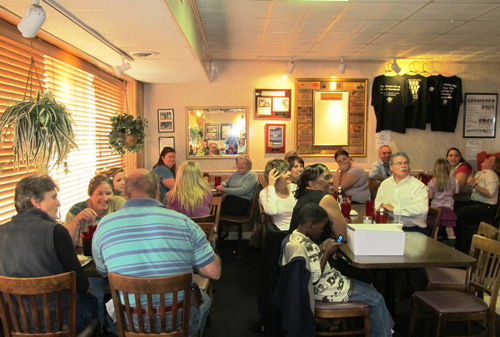 Friends, family, fans, riders and supporters of Colleen and Shiraz raised hands (and sticky fingers, mostly from the scrumptious fried chicken dinner) in a bidding frenzy to put Christie’s Auction House to shame. Cakes and pies flew, as folks outbid one another for homemade cherry pies; blueberry pies topped with a latticed crust; a homemade vanilla cake, and another chocolate cake, both topped with a handcrafted fondant version of the logo for Colleen Rutledge Eventing. There simply were not enough baked goods to go around, it was all that good! The cakes and pies were made by friends, who generously donated their sweet and handcrafted wares to raise funds for Colleen and Shiraz’s Badminton fund. 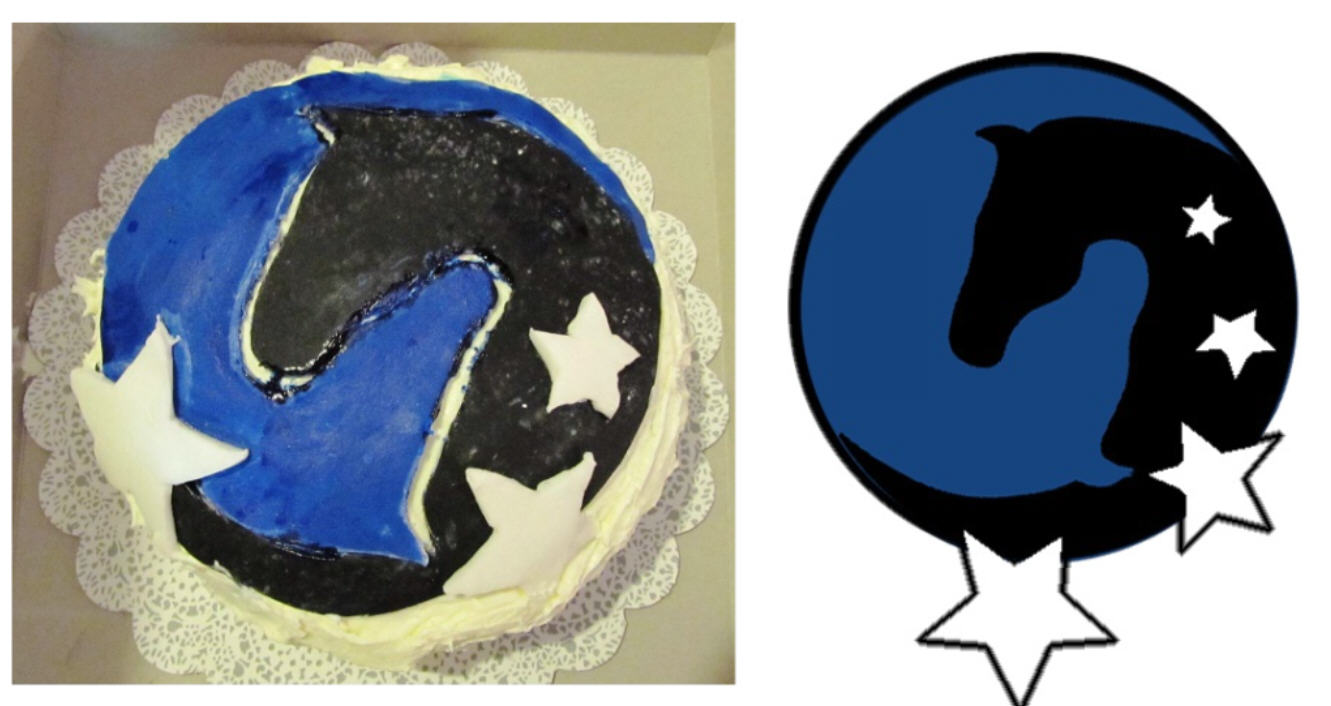 (Riders take note: if you want to raise funds, pies and cakes are your secret weapons, specifically, homemade pies and cakes. The power of hungry riders and their families, and their willingness to part with green-backs in exchange for sweets should not be taken lightly!)

By the end of the evening, after auctioning off two bottles of Shiraz wine and many sweet baked goods, and taking bids for horse-related services and items (of which there remain more to bid on, see Colleen’s web page for more details), the clinic and Badminton Fundraiser weekend ended with educated riders, happy horses, and smiling well-fed folks who were heading home-the lucky ones carrying pies and cakes.

Here’s wishing Colleen and Shiraz the best of luck as they head down early April to compete in their last state-side competition at The Fork, North Carolina, before cheering them on to the Mitsubishi Motors Badminton Horse Trials in May.

Go Colleen, go Shiraz, and go Eventing! And big thanks to everyone who made the past weekend such good fun!