It took more than two hours for officials at the Rolex Kentucky Three-Day Event to release the final scores after a dramatic day of cross country in Lexington. We can’t help but wonder if that had something to do with the FEI’s new frangible penalty rule, which in its most current form automatically awards 11 penalties when a frangible pin is broken but gives the ground jury the power to lift them.

That means each incident of a frangible pin breaking must be reviewed to determine if “unexpected activation occurred through a light tap.” Interestingly, one does not need to review  Francis Whittington demolishing the big corner at the Land Rover Hollow to determine that it did not exactly come crashing down due to a “light tap.”

So you’d expect to see 11 penalties awarded under this FEI rule for completely dismantling the fence, right? Wrong. Rolex officials confirmed to EN that because that particular jump was not on the “official list of frangible fences,” the ground jury could not legally award him those penalties.

That has to sting a little for Will Faudree (who has since withdrawn), Allie Sacksen and Ellen Doughty-Hume, who all received 11 jump penalties for breaking a frangible pin despite the fact that the course builders didn’t need to send in the jack for them.

This is all made even more interesting by the fact that Francis actually was initially awarded 11 penalties on the live scores, along with the aforementioned riders, but those penalties were removed before official scores were released — presumably after officials found and reviewed the Official List of Frangible Fences and realized their hands were tied. Sorry to Will, Allie and Ellen — you picked the wrong fence. 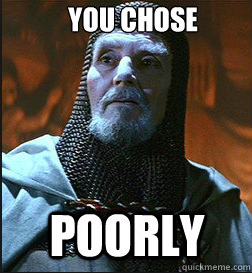 With Rolex being the first major event of the year during which this new frangible penalty rule has been in place, it will be interesting to see how the rule evolves given what happened on course today. If riders can dismantle certain fences but not others in order to receive the 11 penalties — and final scores take more than two hours to be finalized at major competitions — we likely need to go back to the drawing board.

(Update: Lillian Heard and Share Option were originally awarded 11 frangible penalties on the official signed scores released after cross country. Those penalties were removed some time after that, and the journalists were informed the next morning that “one change had been made to the official scores.” More fuel for the fire that this rule needs to be re-thought — and quickly.)

Click here to see the full fence report from #RK3DE. You can relive all the action in John’s open threads (Part 1, Part 2) and read the afternoon cross country report here. Tim Price and Wesko lead, The Terminator sits in second and third, Boyd Martin is our highest placed American, and Elisa Wallace is the highest placed Rolex Rookie.

Stay tuned for much more from the Rolex Kentucky Three-Day Event. Go Eventing.