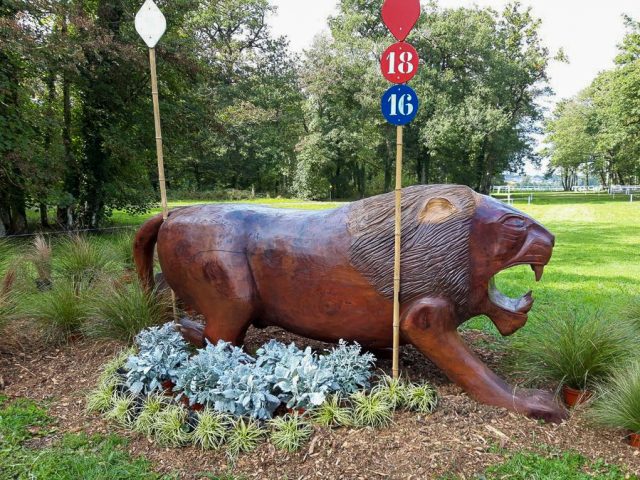 The Lion of Le Lion. Photo courtesy of CrossCountryApp.

There are a few prominent reasons to bring a young horse to the FEI World Breeding Championships at Le Lion d’Angers. You might be trying to put its name in lights as a shop window for your business or your studbook, or you might be trying to offer it an incomparable education facing assorted challenges such as an atmospheric main arena away from the company of friends, a first time across an extended distance, a progressive and productive course featuring fair but tough questions, and of course a deep-end primer in dealing with the French. (We kid; the French are delightful. Foux de fafa.) 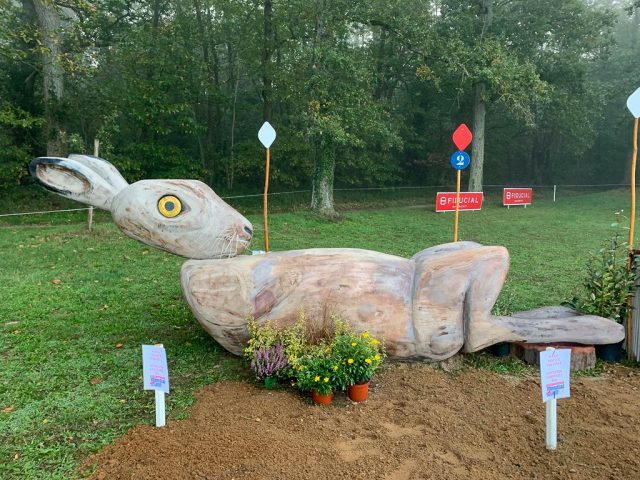 The Pierre Michelet courses at Le Lion d’Angers are typically fair for the level, giving these young horses the chance to test their mettle over a longer distance without throwing technical question after technical question at them. Generally, the difficulty is amped up by the presence of an enthusiastic crowd of roughly 35,000 people, who crowd the tightly-roped course and give six- and seven-year-olds their first experience of jumping towards a mass of people. Either they rise to the challenge, retain their focus and gain confidence from the captive audience, or they back off and falter under the pressure. In either case, it’s an excellent way of working out what a horse is made of and how he may need to be produced if the big leagues are the end goal.

This year, of course, it’s a bit different — the crowds are no more, as Lion is being held behind closed doors for the first time due to Covid-19 restrictions. But these young horses also haven’t had the same kind of slow and steady preparation they ordinarily would have; they’ve fit a season in from July, speeding through the qualification process and learning much of what they need to know at home. They’re all fairly green for their age and level, and that’ll present its own unique challenge this year. 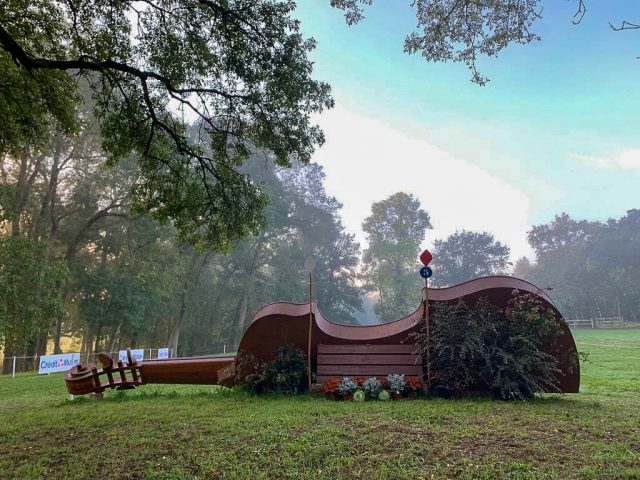 The famous violin makes a reappearance on course this year. Photo courtesy of CrossCountryApp. 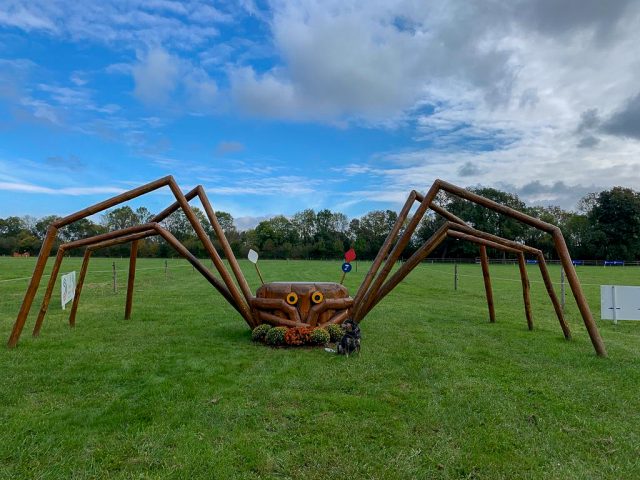 Got arachnophobia? Close your eyes and kick on! Photo courtesy of CrossCountryApp.

The kind folks at the Cross Country App have put together course previews for each class, while our friends at the Irish Eventing Times have created a fantastic course flyover video, too. Check them out here, and be sure to give the IET a follow on Facebook and Instagram for more great content from Le Lion and beyond.