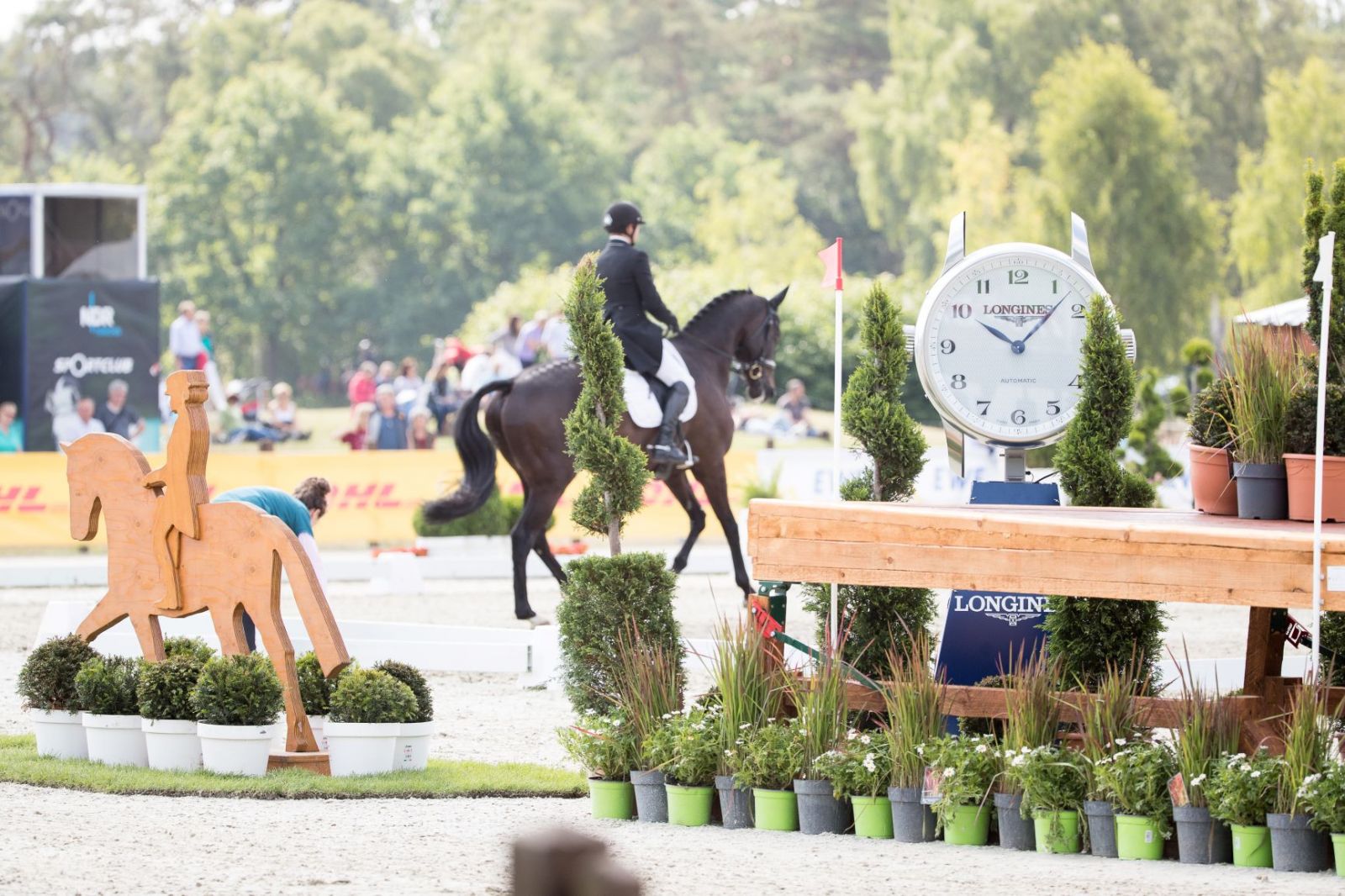 The German contingent this weekend heads to Luhmühlen to contest the rescheduled German Eventing Championships in CCI4*S format, and a stiff entry list awaits those seeking the top honors. As if an all-German competition could be anything less than strong, we’ll see a full roster of top riders duke it out, and it’ll all be streamed on ClipMyHorse.TV for you to follow along with all weekend.

Turniergesellschaft Luhmühlen plays host to both a CCI5* as well as a CCI4*S each year, the latter division serving as the championship division for German riders. While we won’t see defending German champion Julia Krajewski, who won in 2019 with her 2018 World Equestrian Games partner Samourai du Thot, we will see defending European Champion Ingrid Klimke with three rides this weekend.

Ingrid finished second in the CCI4*S at Luhmühlen in 2019 aboard SAP Asha P, who comes in hot this year off a second place finish at Strzegom (Poland) in August. Ingrid will also pilot Equistros Siena Just Do It in the 8 year old Westphalian mare’s CCI4*S debut. This mare has also had a nice run up to these Championships, collecting a win in the CCI3*S at Kronenberg in the Netherlands followed by a fourth place in the CCI3*L at Strzegom. And of course, who could leave out Ingrid’s champion of champions, SAP Hale Bob OLD, winner of the Nations Cup at Strzegom in August.

Michael Jung will present just one ride this weekend with fischerChipmunk FRH, whom he acquired the ride on from Julia Krajewski last year. Chipmunk has also had a strong lead in to this event, picking up a win in his most recent outing at Avenches in Switzerland.

Other highlights of the German Championships entry list include Sandra Auffarth with Let’s Dance 73 and Viamant du Matz, Christoph Waller with Ikke 2 and Carjatan S, Andreas Dibowski with FRH Corrida, and many others.

The live stream, provided by ClipMyHorse.TV, does require a subscription, options for which start at $14 per month when billed annually and $19 per month if you prefer to just pick up a month at a time. You can view the full line-up for the live stream, which will also include the CCI2*L and CCI3*L divisions running concurrently, by clicking here. You can also vote and cheer on your favorite rider by clicking here.

Action has already begun for the CCI2*L and CCI3*L, and we’ll see the first horse down centerline in the marquee CCI4*S division at 9 a.m. local time / 3 a.m. EST tomorrow.