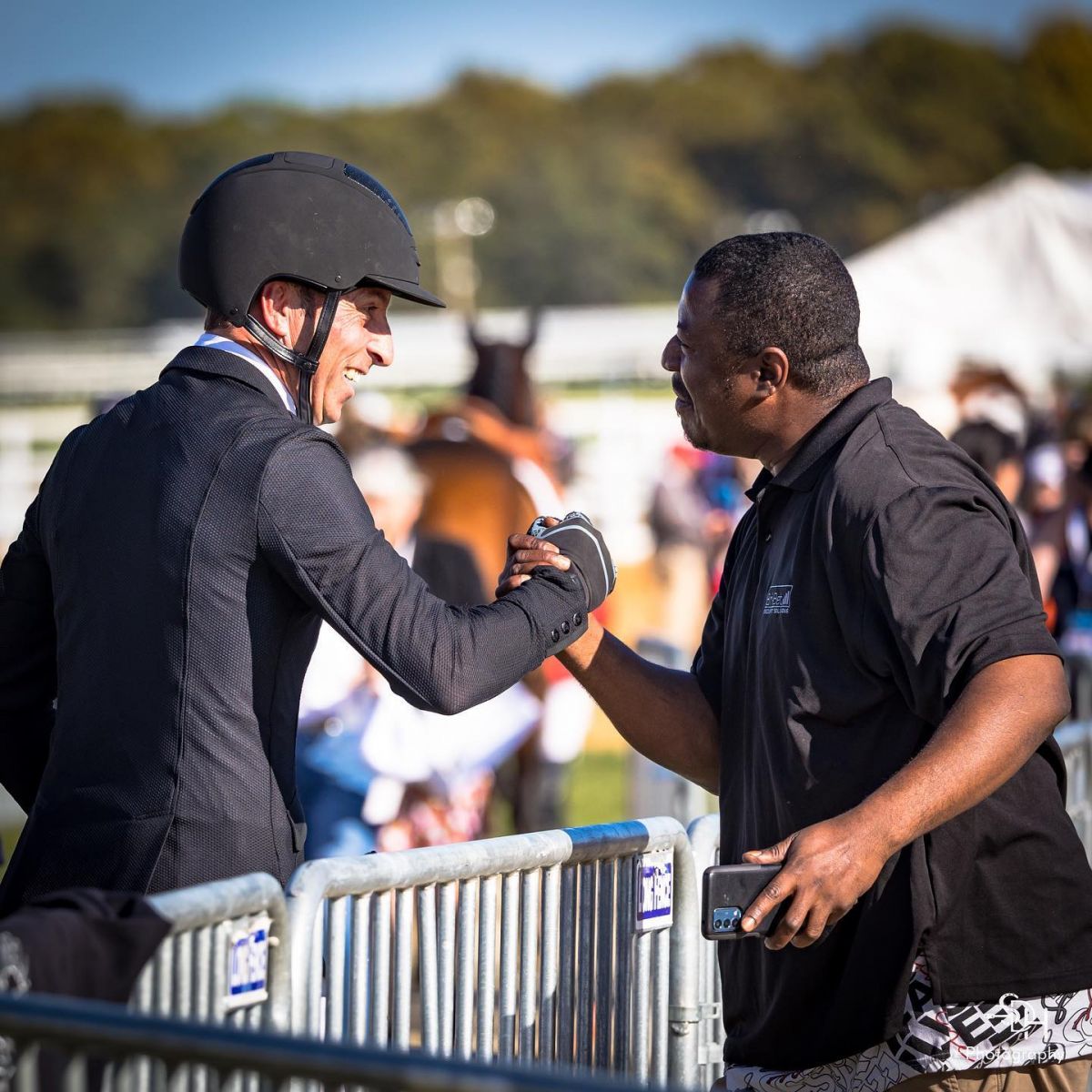 It was a chance at contracting work that brought Jarret Ortega of Lansdowne, PA, to this year’s Maryland 5 Star. He’d learned the event was seeking additional security guards, and a phone call later he’d landed the gig and made plans to head for Cecil County, MD.

“I’ve not really ever been around horses!” Jarret laughed. So he wasn’t quite sure what to expect, but he intended to make the most of the experience.

As it turned out, Jarret wound up with the best seat in the house, securing the pathway from main arena to warm-up – and quickly became every rider’s biggest cheerleader and prime fist-bumper as the week went on.

I first saw Jarret from across the pathway, where I huddled under the mixed zone tent that had been set up for the small group of gathered media. At most major events, this is where I can be found, quizzing riders after their tests or jumping rounds and asking tough questions like what they listen to to get pumped up on cross country day (spoiler alert for all you Tim Price fans out there: Jack Johnson is the way to go en route to world domination). 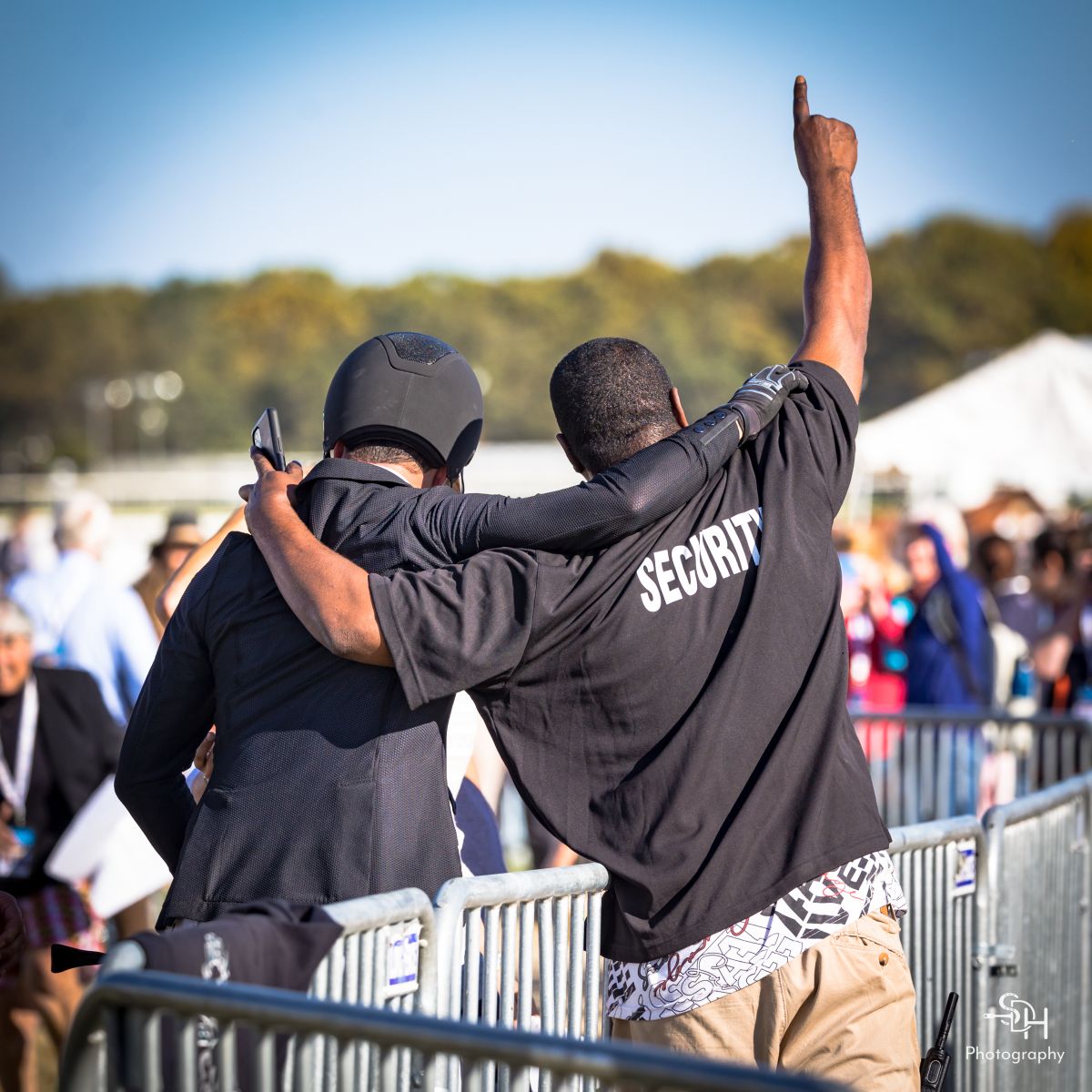 In between rides, I could hear Jarret calling out to the riders as they made their way up and down the pathway for their dressage tests. “Yo, Will!” he would yell out to Will Coleman as he trotted up with Dondante. “Go win!” Immediately after the test, Jarret was waiting with a high-five or an encouraging word.

This continued through the weekend, progressing to the point where Jarret was well-known by riders, volunteers, officials, and fans alike. I’m fairly sure his camera roll now has more selfies with riders on it than the average 15-year-old eventing fan in attendance that weekend. Check out a few of his favorites: 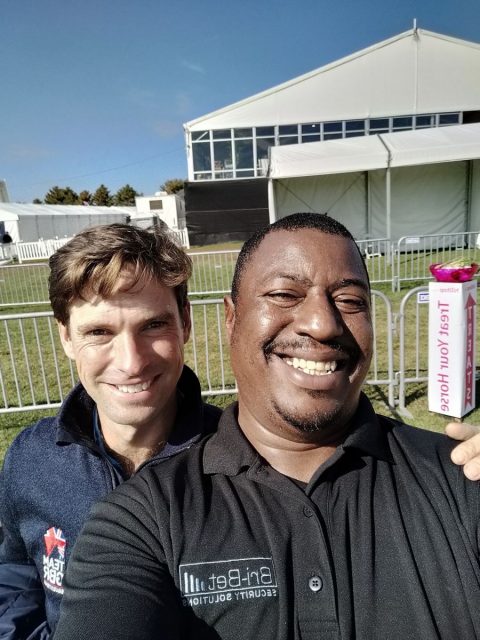 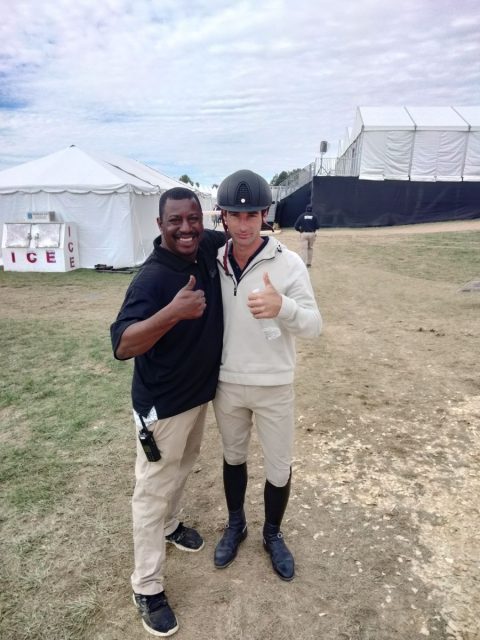 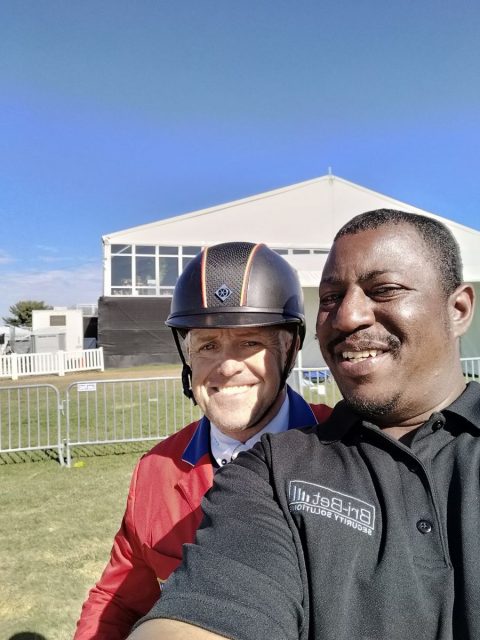 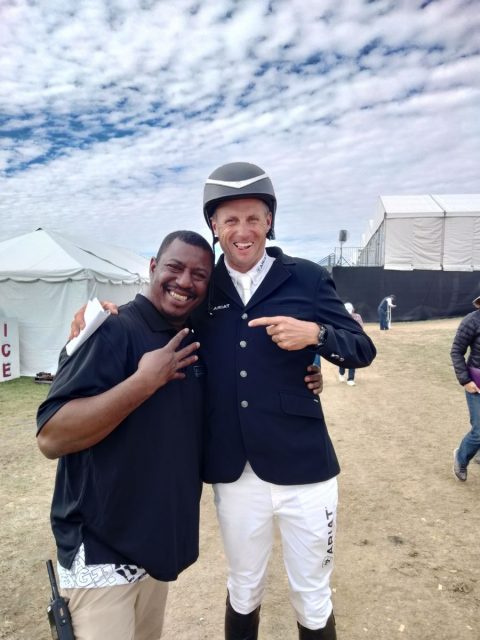 “Out of all the spots, I got the right spot,” Jarret said. “I know people have been telling me that the community is opening their arms to me, and this is what I felt.”

But Jarret wasn’t only there to provide security and fist-bumps – he wanted to learn as much as he could about this new-to-him sport. “The first day, I didn’t know anything – the last day, I knew everything!”

This experience has inspired Jarret to follow equestrian sports more fervently, and he says it’s now his goal to take up riding himself. He’s even been invited to Kentucky in the spring as well as other events all over the country – and he’s up for the task, enthusiastically so.

“I want to be a part of everything,” he said. “I’m willing to do what I have to do. I feel in my heart, this community is where I belong.”

When asked who Jarret’s favorite meeting of the weekend was, the answer came quickly.

“Tim Price is my favorite,” he said. “I know a lot of people see [the hug photographed at the end of the weekend by Samantha Haynie, after Tim won]. The crazy part is when I first met him, I told Tim he was going to win. And then when he won, that’s when he came and gave me that hug.” 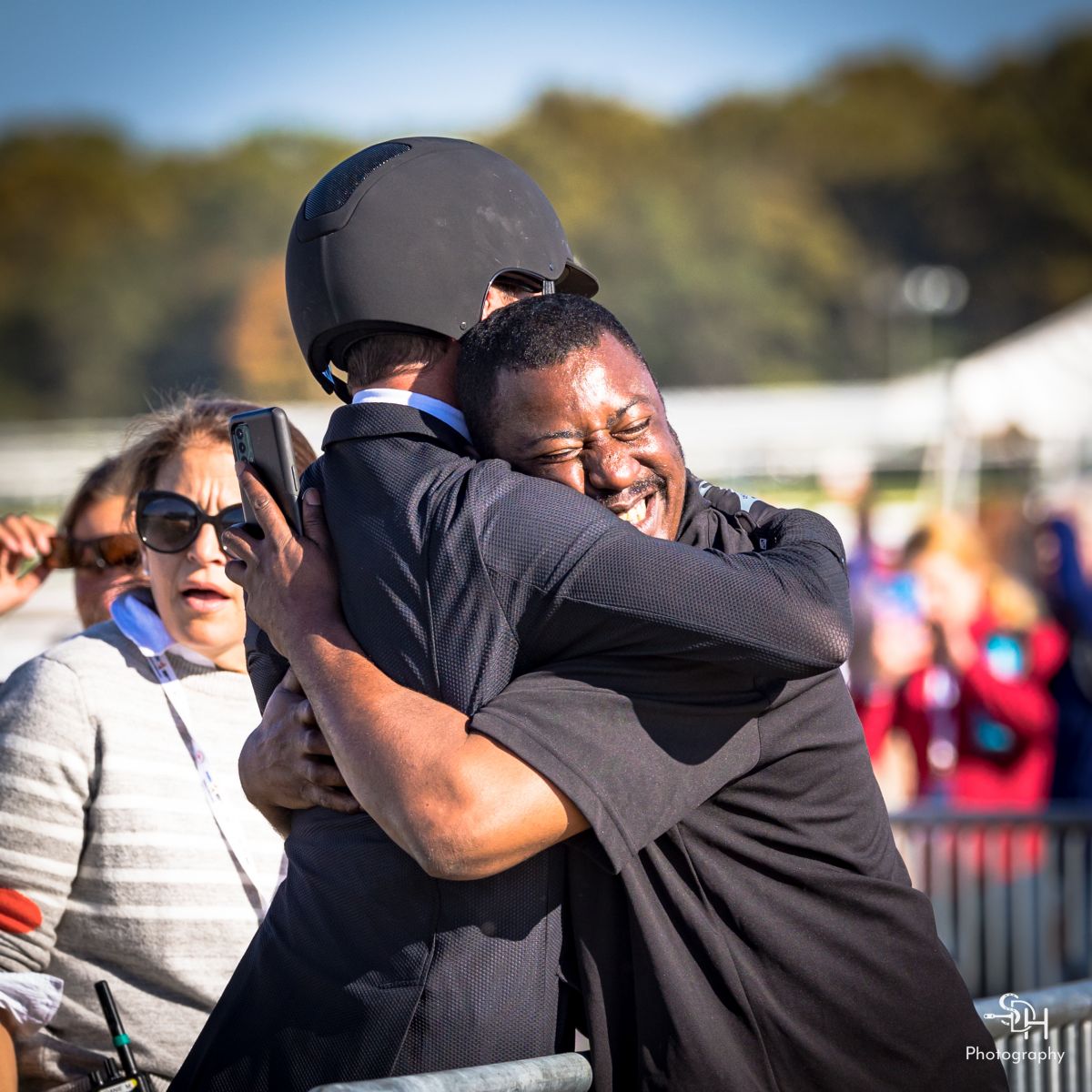 It was that little push that now finds Jarret fully afflicted with “the Bug”, and he’s keen to learn more after gaining his introduction at Maryland. “You know, in football they say if you aren’t playing, you’re taking mental reps. And so that’s what I’m doing, watching all of this. For every day I’m learning more, and I just want to put myself out there.”

Well, you heard the man, EN! Let’s get Jarret on a horse – and send us pics, or it didn’t happen!

Welcome to the dark side, Jarret. We are very glad you’re here!