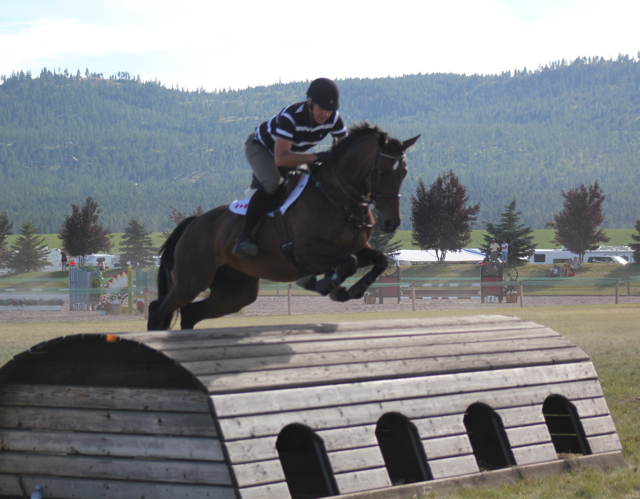 Sometimes all the stars align and so it was this afternoon at Rebecca Farm. When Hawley mentioned that her four star superstar Ginny hadn’t jumped since the show-jumping at Rolex due to Hawley’s injury a few weeks ago, and that she was thinking about asking four star superstar and Rebecca Farm xc designer Ian Stark to give her a pop for her, the wheels were set in motion for magic to happen! 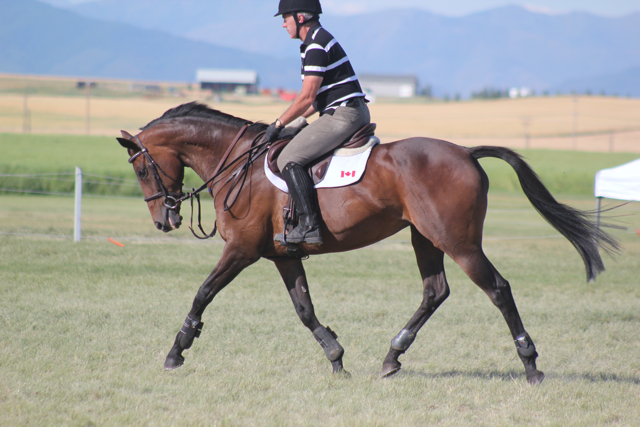 With a helmet borrowed from Jordan Taylor, the saddle  and gloves donated to the cause by Frankie Thieriot and with Ginny in her fancy jog bridle the stage was set – I didn’t dare ask Ian where he got the breeches from!  As you’re all well aware I’m sure, it’s impossible to keep a secret in the barns and so by the time Ian got on there was quite a sizeable crowd of spectators – no pressure then! 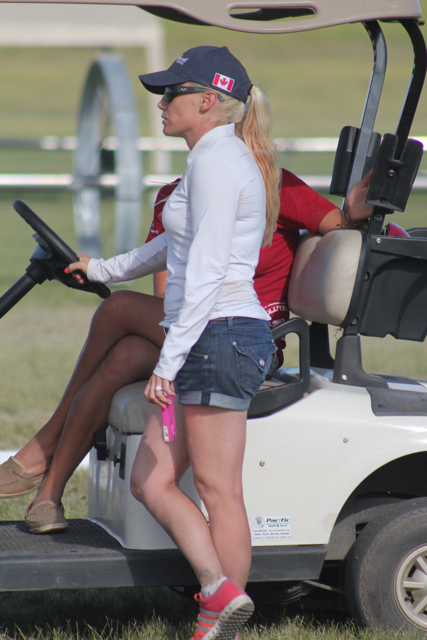 Hawley had never seen anyone else do cross country jumps on Ginny – no pressure at all! 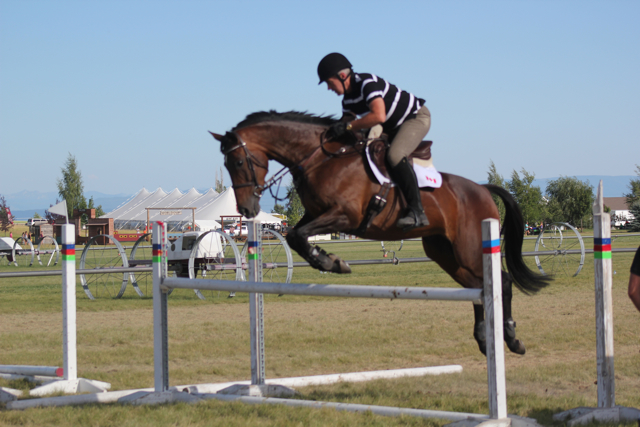 After two or three show-jumps Ian took Ginny over a couple of the cross-country warm up fences. Ginny looked very keen, quite strong, and very happy. As for Ian….? Perfection, of course! Hawley agreed, I think I heard the words ‘legend’, ‘I love that man’, and words to that effect several times. 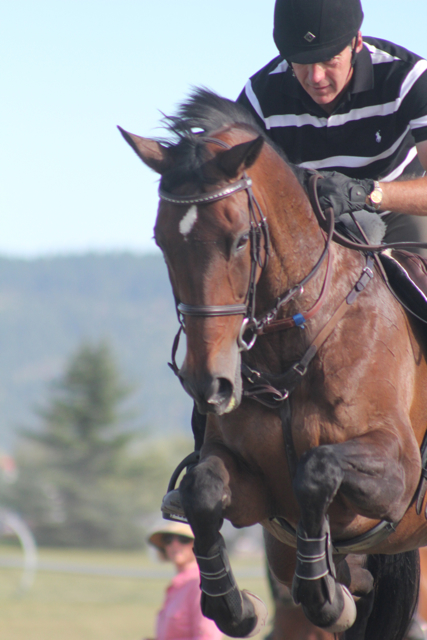 Ian didn’t do too much with Ginny and when he finished it was hard to decide who thanked who more often! Ian described Ginny as great fun, very sharp and bouncy, and agreed with Hawley that she got better over a bigger fence.  Hawley joked that she would count him down out of the start box so they could jump the blue jumps and Ian laughed and protested that he was way past it, and no way etc etc but  I had the feeling that if we were here another week, and maybe if we weren’t all there watching there would be no excuses and he absolutely would love to give it a go.

Many thanks to Ian and Hawley for letting me tag along and witness greatness! Go Ian & Ginny, and Get Well Soon Hawley before Ian starts getting ideas! Go Eventing! 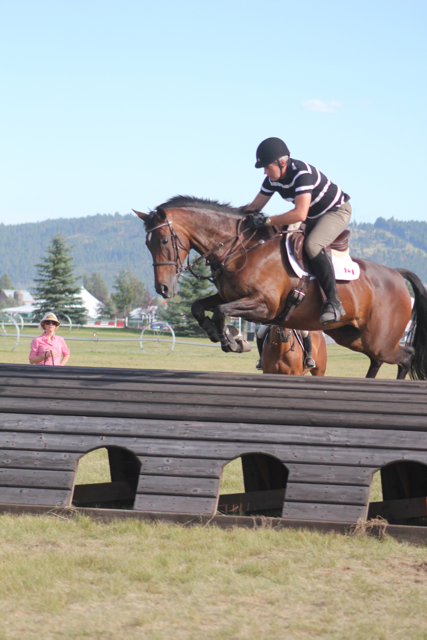