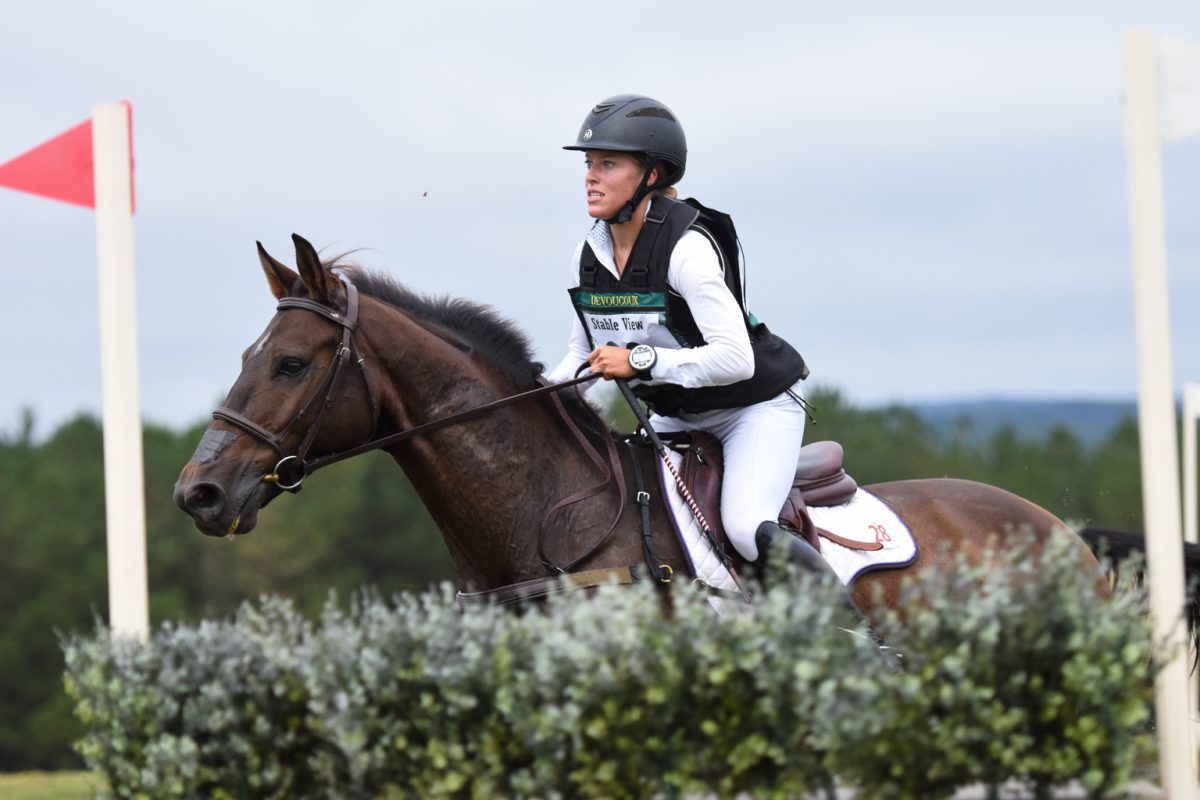 Let’s face it: we all have a whole slew of bad habits following us around at any given point in time.

Often, a habit becomes so deeply embedded that our movements become nearly automatic, driven not by conscious decision but more by instinct. It’s easy to see, then, how seemingly impossible it can feel to break bad habits or create new habits.

While there are many different numbers of days thrown about in terms of time needed to create a habit – good or bad – the fact is that there is no one size fits all timeline, and habits are created, recreated, and broken through the practice of repetition. If in the midst of your new year goal planning you’ve decided that this is your year of getting over that bad habit hump, Coach Daniel Stewart has some timely advice to take to heart.

“Some patterns deserve to be broken,” Daniel explains. “Let’s say a rider rides really well on Wednesday evening after work, but gets tense and tight at the show on Saturday. That’s their pattern, and it’s not a great pattern. That pattern deserves to be broken.”

Daniel then calls on riders to call upon a new set of behaviors during the times at which we believe we struggle the most. This process – which takes time, practice, and awareness – allows riders to replace their bad habits with a more healthy overall relationship to behaviors.

Let’s use the example of the rider who rides phenomenally at home but succumbs to nerves at competitions. Daniel identifies three time periods in which habits in need of improvement can most frequently be created for riders:

Pre-ride: This could be a fear of failure, a fear of losing, a fear of messing up – all of the things we anticipate before our ride.

Prime-ride: Fears or bad habits that arise in the midst of your ride. This could manifest in the form of mistakes – missing a change, getting a bad distance – and often stem from the pre-ride breakers.

Post-ride: After the ride often comes the disappointment or embarrassment.

“Among those three, identify the times in which you struggle the most,” Daniel encourages riders. “And for each one, come up with a new pattern that you can then use to break that old habit.”

This process of identifying trigger points is important in the process of breaking habits. After all, how are we to know where our outward reactions are coming from if we have not first identified the internal fears and the thoughts those fears generate? Cognitive Behavioral Therapy references a flow of situational thoughts, feelings, and behaviors wherein a situation prompts thoughts, which in turn churn up emotions, which then manifest in the form of our outward reactions. In many cases, we go straight from a situation to the emotions, rather than stopping to identify the thoughts triggered by the situation that have caused these emotions. Thus, negative habits can become automatic and in need of replacement. 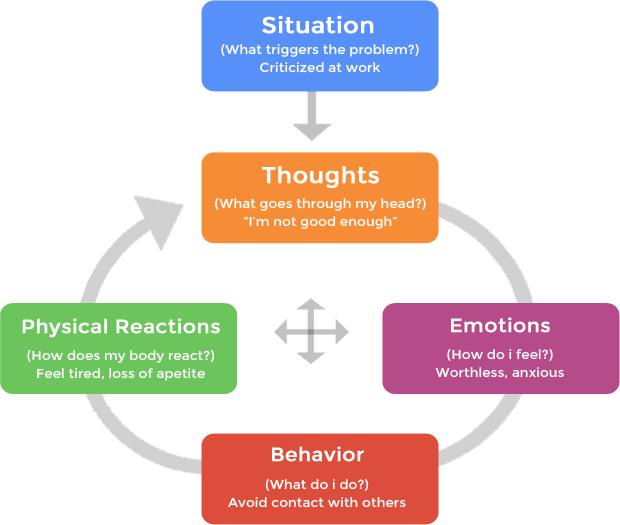 “There is a relationship between pressure and memory,” Daniel says. “As the pressure goes up, our memory often goes down. We forget. So a trigger is something that triggers a rider’s brain into doing tasks automatically without thought.”

In time, a rider who consistently suffers from nerves may have an automatic physiological response to the situation (being at a competition), further reinforcing the idea that showing gives that rider anxiety. By stepping back and identifying these patterns, we can begin to insert replacement habits in a more intentional way.

“The rider who feels nervous as soon as she hears the bell ring for the dressage ring might identify the bell as her trigger and resolve to take a deep breath and open her shoulders,” Daniel says. “But here’s the thing: we have to practice these new patterns in situations where that pressure and tension aren’t there, too. This solidifies the habit through repetition.”

Practice makes perfect, right? Finding a behavioral substitute – taking a deep breath, stretching up through the spine – is all well and good, but it will not become a habit unless it’s practiced in all situations.

“The underlying message is to find the things you’re doing when you’re nervous that happen automatically,” Daniel says in conclusion. “Slow down to identify these trigger points, then work to substitute inappropriate behavior with the positive behavior. Eventually, the brain will think, ‘ok, these two things seem to be related,’ and you’ll soon have a new, better automatic response.”

Just as we can automatically associate getting in a car with putting a seat belt on, so can we create new and healthier habits for ourselves. Make this a challenge for yourself this year – and don’t forget to pre-order a copy of Coach Stewarts fourth book, Bolder, Brave, Brighter: The Rider’s Guide to Living Your Best Life on Horseback, due to be published in February.