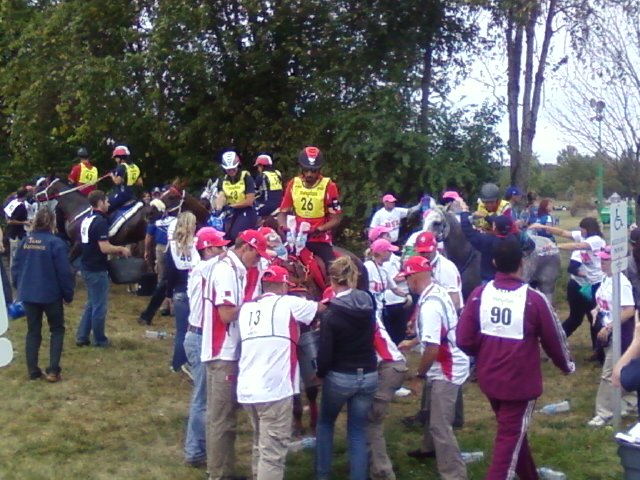 According to The Racing Post, 124 unnamed, unauthorized medications have been confiscated from Sheikh Mohammed’s Dalham Hall Stud operation in Newmarket, England. The Moorley Farm East segment of the estate, where the drugs were found, houses the Maktoum family’s endurance horses.

The latest seizure notice, issued under regulation 41 of Veterinary Medicines Regulations and posted on the VMD website, said: “Moorley Farm East, Newmarket. 124 veterinary medicinal products were seized because they were not authorised in the UK and had not been imported into the UK in accordance with the regulations. These medicines, in varying quantities, were to be used on horses and included injectables, anaesthetics, anti-inflammatories and antibiotics.”

Sheikh Mohammed’s Godolphin Racing Stable was in hot water earlier this year when several of his Thoroughbreds were found to contain traces of anabolic steroids, which are prohibited in British racing and training. Godolphin trainer Mahmood Al Zarooni was subsequently banned from the sport for eight years, though Sheik Mohammed himself seemed unaware of the illegal steroid use.

Back in 2009, the FEI banned Sheikh Mohammed for six months after his horse turned up two positive drug tests at Endurance events. I know Sheikh Mo has a lot of horses in his operation, too many to personally keep up with, and he definitely wants to win. But you’d think he’d be all over his staff about this medications thing by now … or, does it not matter when your wife is president of the FEI and you are possibly the single most influential player in the Thoroughbred business? At the very least it has to be embarrassing.