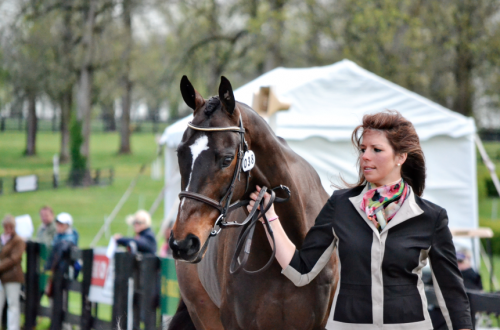 Meghan O'Donoghue and Pirate at Rolex. Photo by Jenni Autry.

It’s been a big year for Meghan O’Donoghue. After finishing 12th place in her first four-star at Rolex with her superstar off-track Thoroughbred Pirate, she received the Jacqueline B. Mars Competition and Training Grant to compete this weekend at the Fidelity Blenheim Palace International Horse Trials CCI3* in England, with none other than Max Corcoran as her groom. To run your first four-star and first international competition less than six months apart isn’t just an impressive feat; it’s a dream come true. And Meghan’s ready to show the world that she’s a serious contender for future U.S. teams.

I caught up with Meghan last month to chat about her whirlwind 2013, starting with her fantastic performance at Rolex this spring. “I certainly wasn’t expecting what happened,” Meghan said. “I felt like we were capable of completing the cross-country course, and I felt like we were prepared. The best thing about going into Kentucky on a horse I developed on my own is the partnership. A lot of years and cross-country jumps and events later, to be able to go to the biggest event in the country on a horse I’ve ridden so long and to finish that well was unforgettable.”

By now the eventing community is familiar with Meghan and Pirate’s story. She found him in 2005 at a racetrack where he was used to pony other horses — and known for his proficiency at flying lead changes. After six weeks of begging, her parents finally caved, and Pirate became Meghan’s newest prospect. At one time, Jan Byyny sat on the horse and liked what she felt, but Meghan and her family turned down the sales offer. Of course, it turned out that their instincts were right from the very beginning, and Pirate has proven to be a quintessential off-track Thoroughbred that excels in eventing. 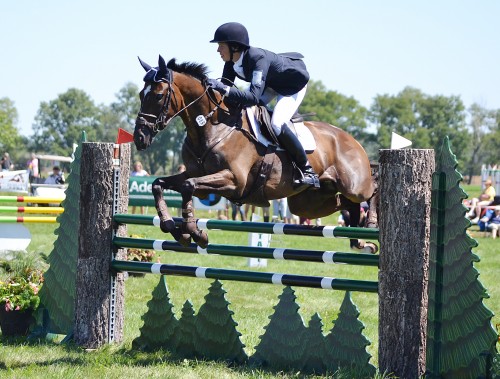 Meghan O'Donoghue and Pirate at Richland. Photo by Jenni Autry.

“He’s never given me a reason to doubt him in any phase,” Meghan said. “He shows up and gives 100 percent whether we’re at home or a competition. Growing up, the pros always said you don’t know if a horse is four-star material until you actually compete at a four-star. That always lingers in the back of your mind. I went into Rolex feeling a little bit competitive and determined to complete my first four-star. But when it came to Pirate, he owed me nothing. If he wasn’t going to be four-star material, then I wasn’t going to be disappointed. But he totally exceeded my expectations.”

In the aftermath of Rolex, Meghan — a self-described very competitive person by nature — set her mind to improving on their performances across all phases. “I have been continually working on the dressage to try to improve as much as I can,” Meghan said. “It comes down to not leaving too many marks on the table because there’s not a lot of wow in his dressage. So I have to make up for that in my riding and accuracy, which I know will continue to be a really big factor in his dressage performances from now on.”

And while Meghan and Pirate had a fantastic clear cross-country trip at Rolex with just four time penalties, she’s also hoping to improve on their form across the country at Blenheim. “Some of my reactions need to be better,” Meghan said. “I’ve studied the film over and over and looked at a lot of other rider’s films. Some of the places where I put in an extra stride shows a little bit of weakness on my part. I have to know my canter a little bit better for different questions.” She also spent time practicing her show jumping at HITS Culpeper and Morningside Training Farm’s schooling shows this summer. 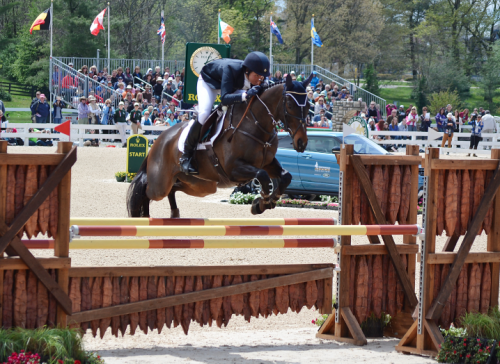 Meghan O'Donoghue and Pirate at Rolex. Photo by Jenni Autry.

At Blenheim, Meghan hopes to finish on her dressage score with the very best marks she knows Pirate is capable of earning. “Handling the pressure and riding in the moment all comes from experience,” Meghan said. “That’s, to some degree, unteachable. You just have to be in that atmosphere over and over. I’m so grateful for this trip to Europe in that sense because you’re in a different atmosphere. It’s very critical exposure for us.” Having just asked her supporters to help her get to Rolex this spring, Meghan knew she wouldn’t be able to make the trip to Europe this fall without the grant, and she’s incredibly grateful to the USEF and Mars family for the opportunity.

“I feel like I’m living the dream currently,” Meghan said. “It’s been a little surreal, and I have a lot of faith that everything happens for a reason. I try to live on that and try to stay in the moment and enjoy the fact that I have this opportunity with this horse at this age. The sport is such a small, cool community, and  so many hands reach out and guide you when they see that you want it enough. The doors open up, and I couldn’t do this without the support of everyone at home, my family and the grant. When I applied for the grant, I said I wanted to be a part of this country’s future in the sport, and I hope this will lead to being able to represent my country one day.”