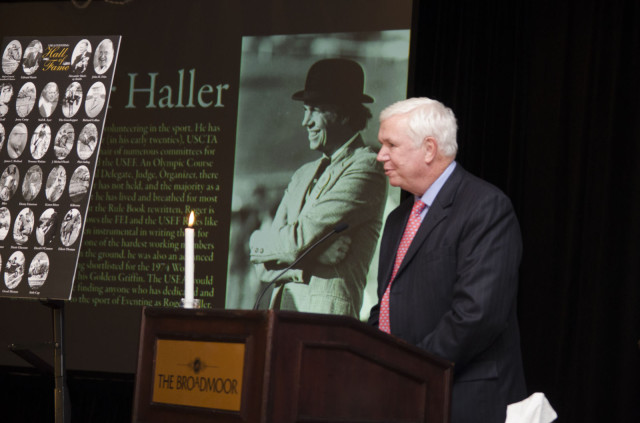 The sport of eventing lost a giant yesterday, as Roger Haller, 70, passed away peacefully at home in Oxford, Georgia, with his wife Ann by his side following a battle with cancer. An FEI 3*/4* technical delegate, an Olympic and World Championship course designer, a renowned judge and a stalwart volunteer who committed his life to the sport, Roger’s impact on eventing is truly immeasurable.

Born March 13, 1946, to Elliot Haller and Jean Haller Reid, Roger grew up on a small farm in West Field, New Jersey, taking his first riding lessons at the Union County Park Commission’s Watchung Stables at age 9. He began competing in local equitation classes, and at age 11 he joined the Junior Essex Troop, a junior mounted organization, quickly moving from a private to cadet major.

Roger first experienced the thrill of eventing at 13 when he rode in a two-week clinic with the Green Mounted Horse Association in Vermont. The clinic concluded with a three-day event for the more advanced students, and he was hooked from the first moment he rode out on a cross country course.

When his family moved to Far Hills, New Jersey, Roger joined the Somerset Hills Pony Club and quickly progressed through the levels, gaining notoriety as an accomplished rider and horseman along the way. At 17 he was invited by Stefan Von Visy to train at the United States Equestrian Team Headquarters in Gladstone, New Jersey. He achieved his A Pony Club rating at the age of 18.

Roger then went to college in New Jersey, but he remained extremely active in the eventing community. His longtime mentor Jack Fritz, who had been one of Roger’s instructors in the Junior Essex Troop, asked him to sit on the Rules Committee for the United States Combined Training Association, which started his longtime service to the organization that later became the USEA. 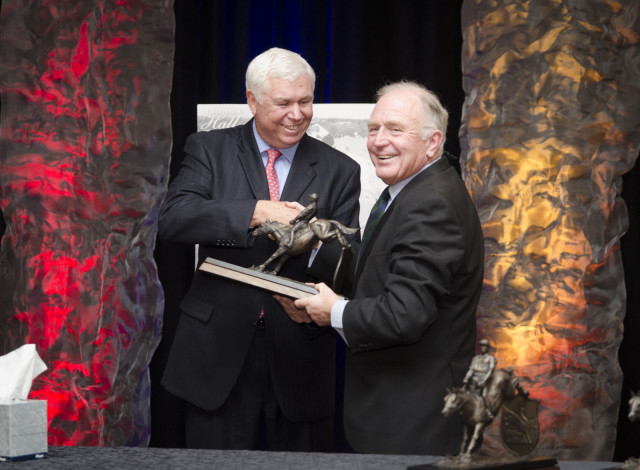 Roger Haller (left) with Mike Tucker, accepting the honor of induction into the USEA Hall of Fame. Photo by USEA/Leslie Threlkeld.

It was another mentor, Donald Thackeray, who encouraged Roger to become a judge and technical delegate. Roger received his licenses in 1968 and started organizing events, including at his family’s Hoopstick Farm in Bedminster, New Jersey, which became the first home of the iconic Essex Horse Trials.

Roger was the first organizer, designer and course builder at Essex, and he also served as the director and course designer in 1969 for the Woodstock Three-Day Event, all while pursuing his college education. Roger served on the boards of both the United States Combined Training Association and the United States Pony Club and sat on the Events Committee of the American Horse Show Association at 21.

After graduating from college, Roger traveled to Great Britain in 1969 to find a horse to continue pursuing his competitive goals, which is when he met Golden Griffin. Roger became an integral part of the golden period of U.S. eventing in the 1970s, joining Mike Plumb, Denny Emerson, Bruce Davidson and Jimmy Wofford as a top contender for teams.

Roger and Golden Griffin made their mark in U.S. eventing history, placing third in the 1973 North American Championships and winning the USET Gladstone Trophy in 1974. They were also shortlisted for the 1974 World Championships team at Burghley.

In 1975, Roger and Golden Griffin made the trip to England to compete in the Badminton Horse Trials, which were canceled after dressage due to severe weather. Roger later sold Golden Griffin, who went on to become a top mount for Bruce Davidson. Bruce and Golden Griffin won the individual and team silver medal at the 1975 Pan American Games in Mexico City, as well as won Ledyard that same year. 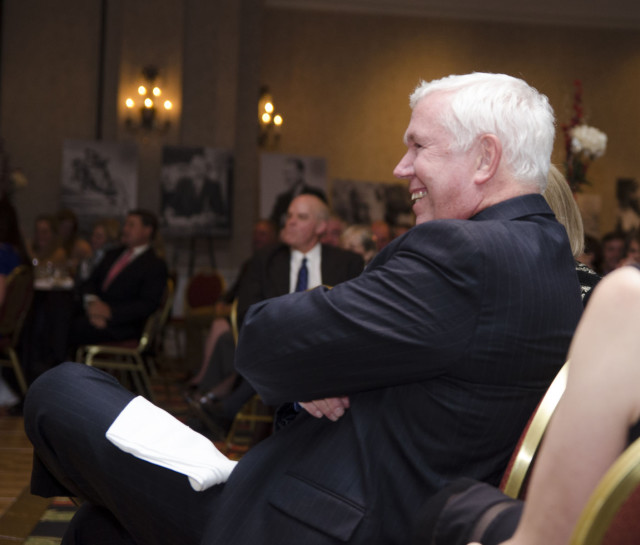 Roger continued officiating at countless events, expanding his reach to international competitions as an FEI judge, technical delegate and course designer. He officiated at events in nearly every state in the U.S., as well as 14 foreign countries. He also judged at most major U.S. events, including Rolex, and officiated at 12 CCI4* competitions in all, including Badminton, Burghley and Adelaide, as well as two Pan American Games.

His work as a course designer also left a lasting impact on the sport. In addition to designing courses all throughout the U.S., he designed the 1978 World Championships course in Lexington, as well as the course at the 1996 Atlanta Olympics Games, becoming one of just a handful of course designers in the world to have designed both an Olympic and World Championships track.

When Neil Ayer became president of the USET in 1980, he encouraged Roger to serve as co-vice president of the USCTA with Denny Emerson, which he did for 12 years. He also sat on the USEF Technical Committee, including serving as chairman for two years, and was a member of the USEF Eventing High Performance Committee since 1987. He also served as Area II chairman for the USCTA and editor of USCTA News.

While Roger faithfully served the U.S. eventing community, his titanic impact on the sport was also felt around the world. He served a four-year term on the FEI Eventing Committee, spending two years as vice chairman. In 1990 he played a critical role in revising the FEI Eventing Rulebook, implementing the star-rating system for events that is still used in the sport more than 25 years later.

Throughout his career, Roger’s wife Ann supported him immensely as the other half of their dynamic duo of a partnership. Roger thanked Ann, as well his mother, during his 2012 induction speech into the USEA Hall of Fame (video here). Now it is our turn to thank Roger, a tireless servant of the sport whose dedication and commitment to excellence will long be remembered.

Please join us in sending condolences to Ann, Roger’s sister Barbara Pace, and step-siblings Sidney Funston and Richard Reid. A celebration of Roger’s life will be held Wednesday, April 6, at The Old Church, 1011 Wesley St., Oxford, GA 30054. The time for the service will be announced shortly.